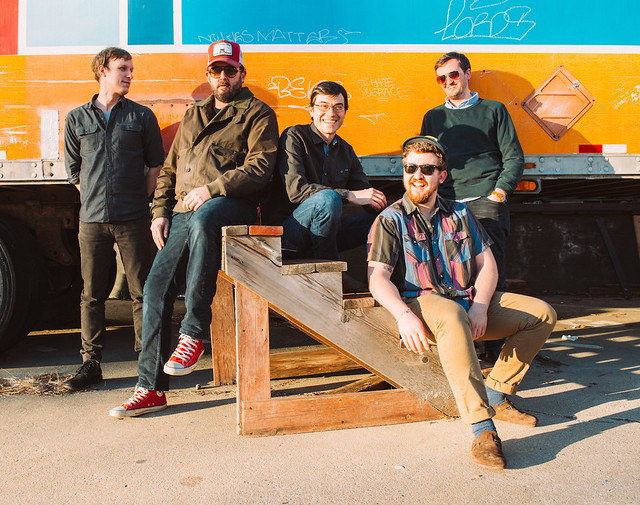 Parklife DC recently caught up with Town Mountain banjo player Jesse Langlais via email to get the latest news about the band and to find out more about their upcoming sixth studio album, New Freedom Blues, due for release on Oct. 5.

Parklife DC: Town Mountain has been touring a lot this year to say the least. What’s been your favorite venue so far?

Jesse Langlais: This is too hard to answer. We certainly don’t want to exclude any place we’ve been. Most venues and festivals have their own unique vibe and scene! I will say that from time to time, we get to place a place small enough that we don’t have to use all our mics and DI’s, we just set up a couple of mics and play acoustically. It always makes for a special show when you can hear the instruments and voices as they are meant to be, acoustic!

PLDC: This is your first time playing Appaloosa! What are you most excited for?

JL: Well, to be completely honest I won’t be on this run of shows. I just had a baby and Kyle Tuttle (Jeff Austin Band) is filling in for me. If I was playing, I’d say it would have to be the fact that I have huge family roots in Front Royal. So, I assume if I was there I’d get to see my fam!

PLDC: Your album New Freedom Blues comes out Oct. 26. Tell us a little bit about it?

JL: I could go on for days about this. You can get all the facts from our current press release or bio. Who, what, when, etc. I will say that we really catered to the material on this record. We didn’t try to take all the songs we wrote and squeeze them into bluegrass parameters. Don’t get me wrong, it’s very “bluegrassy,” but it stretches beyond that. We took the songs at face value. It was a stepping stone for us, one which we are eager to explore.

PLDC: This album features drums, which is different for your band! Is this a first for Town Mountain? What are some other ways it differs from your previous discography?

JL: Well, technically not a first. We had Mike Ashworth (Steep Canyon Rangers) play drums on a few tracks a couple albums ago (Steady Operator), and we also had Dirk Powell play some snare on Southern Crescent on a couple tracks. However, it’s the first time a whole drum kit was utilized, and it’s on most of the album. Once again, the material just lent itself to that scenario. And to mention, it’s Miles Miller of Sturgill Simpson’s band on drums. He’s by far one of Town Mountains favorite drummers… of all time!

Listen to Steady Operator by Town Mountain on Bandcamp:

PLDC: For festival attendees who haven’t seen you live before, what can they expect?

JL: It’ll be mostly original music written by members of the band. Heavy influences from 1st and 2nd generation bluegrass, country music from the ‘50s-’70s, and a strong early rock and roll boogie woogie vibe. We all love lots of music and that’s reflected in the overall sound.