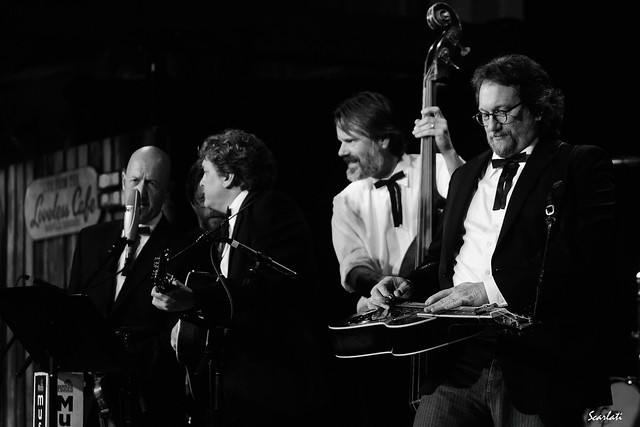 Jerry Douglas formed the Earls of Leicester to present the music of Lester Flatt, Earl Scruggs, and their band the Foggy Mountain Boys to modern audiences. The Earls do some presenting at The Birchmere on Sunday, Sept. 2!

The Earls of Leicester and their engineer/mixer, Bil Vorndick, received a Grammy Award in 2014 for Best Bluegrass Album for their self-titled debut album. The Earls followed that album with Rattle & Roar, a second studio record, in 2016 via Rounder Records.

Watch the Earls of Leicester perform “Long Journey Home” live at the Country Music Hall of Fame Theatre on YouTube:

“Our goal is to go out and reacquaint everybody with the music of Flatt and Scruggs just the way they did it, which means fewer microphones and a good amount of choreography,” Jerry said. “We’re trying to put as much as we can into the music before it even reaches the speakers.”