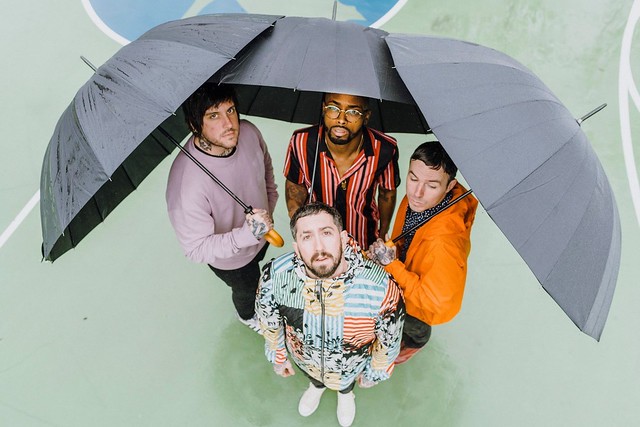 Nothing released Dance on the Blacktop, their third studio album, on Aug. 24 via Relapse Records. They launch a tour at Rock and Roll Hotel in DC on Friday, Sept. 7.

Frontman Domenic Palermo recently discovered he was suffering from Chronic Traumatic Encephalopathy (CTE), a neurodegenerative disease found in people with serious head injuries. Domenic and the rest of the band gathered in a New York apartment for 23 days to make demos that reflect his state of mind after the diagnosis.

“I don’t feel as though I’ve grown less cynical by any means — maybe just more comfortable knowing that I’m no longer using existence, existence is using me,” Domenic said.

Watch the official music video for “Zero Day” by Nothing on YouTube:

In a review of Dance on the Blacktop, the AV Club said, “For three albums now, NOTHING has faithfully worked its formula: Use expensively distorted guitars to generate swirling, hurricane-force winds; situate Dominic Palermo’s muffled coo of a voice in the eye of the storm; wreak havoc on cheap laptop speakers and festival audiences alike. That the Philadelphia crew owe a major debt to the heavy end of ’90s alt-rock is so obvious as to be totally beside the point; there’s a certain kind of vulnerability to Dance On The Blacktop — the kind that comes with being overwhelmed, exhausted, and ultimately resigned to both — that only seems to grow under these exact aesthetic conditions.”