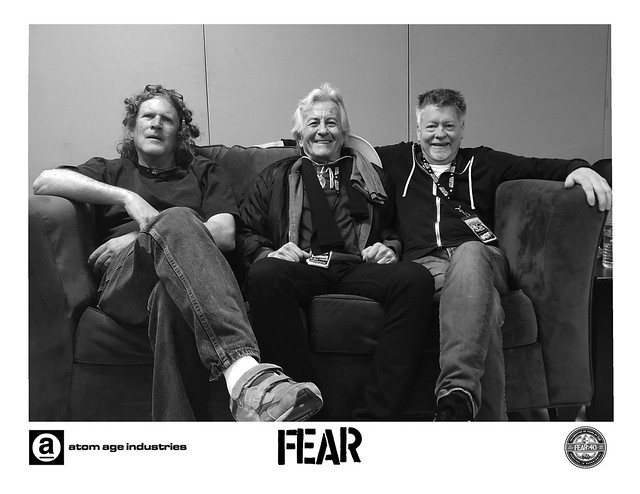 Hardcore punks Fear will celebrate the band’s 40th anniversary with a show at Baltimore Soundstage on Thursday, Sept. 20.

In 2016, Fear released a long shelved collaboration single with John Belushi, titled “Neighbors,” which the actor and the band recorded for his movie of the same name. In 1981, the movie studio rejected the song, which led to Belushi booking his friends Fear on Saturday Night Live for Halloween as a means to make up for it. At Belushi’s invitation, a bunch of punks from DC, Baltimore, and Philadelphia attended the show.

The resulting performance was nothing less than awesome.

Watch Fear perform “Beef Baloney” and “New York’s All Right if You Like Saxophones” on Saturday Night Live in 1981, including young Ian MacKaye shouting “New York sucks” at 4:17, on YouTube:

In a review for PunkNews.org, TheresNoHopeForTheKids declares Fear a must-see live act.

“However skilled they may have been, angry Fear certainly was. On tracks like ‘Let’s Have a War,’ ‘I Don’t Care About You,’ ‘I Love Livin’ in the City,’ and ‘Foreign Policy,’ Lee’s seething rage at the status quo is professed with his impressive vocal range and the passionate rhetoric. He doesn’t scream, but sings with a rich, melodic urgency that’s capturing and terrifying both at once,” said the review.