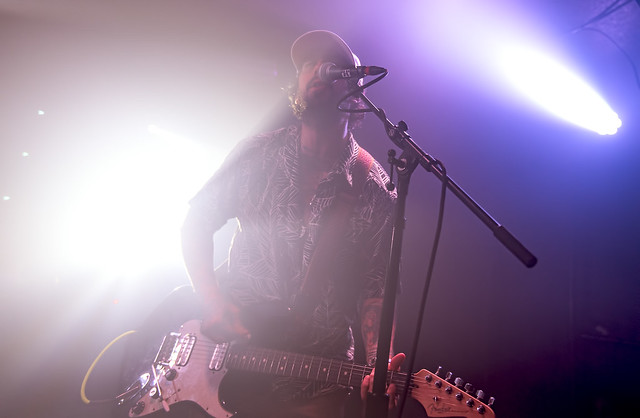 Nothing brings the noise at the Rock and Roll Hotel on Sept. 7, 2018. (Photo by David LaMason)

Nothing, the Philadelphia-born band led by Domenic “Nicky” Palermo (former hardcore punk vocalist for Horror Show), is the story of a band and a man who has gone through a constant string of adversity but who perseveres in spite of (or perhaps because of) it. That perseverance was evident at the Rock and Roll Hotel on Friday.

After serving two years in prison for aggravated assault, Nicky formed Nothing, eventually releasing two critically acclaimed LPs. But after a performance in Oakland, California, he was attacked and suffered a broken back, a fractured skull, and swelling in his brain resulting in Chronic Traumatic Encephalopathy (CTE). So it’s nothing short of a miracle that Nothing has created such a brilliant LP, released last week, in Dance on the Blacktop — an album that I find myself listening to on repeat. Having missed them the last time they came through the Rock and Roll Hotel, I was eager to catch them and see how these tunes would translate live.

On a soggy Friday night and to an enthusiastic crowd, Nothing took the stage in total darkness while opening chimes reverberated across the packed club with spoken samples played over the washes of guitar. It at once was disorienting and calming, fading into the strummed guitar and driving drums of “Zero Day” from the new album. A personal favorite of mine, “Zero Day” reminds me of the best of earlier bands such as Slowdive and even a bit of Swervedriver. And the rest of the band — Brandon Setta (guitar/vocals), Kyle Kimball (drums), and Aaron Heard (bass), the newest member and vocalist for hardcore band Jesus Piece — created hammering textures of sound.

To a degree, this performance, like Nothing itself, seemed to meld those seeming contradictions of light and dark — and the half-buried beautiful vocal lines and harmonies with fuzzed out guitar and powerful beats. At times, the band was in silhouette with the lights splayed out across the audience, giving that contrast a visual anchor. Songs like the “Curse of the Sun” and “A.C.D.” seemed magnified on stage. 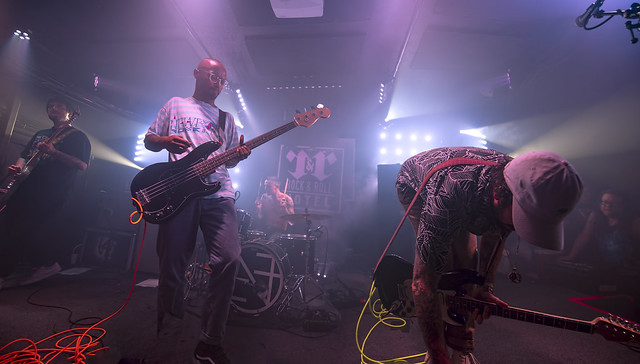 “I love you,” someone in the crowd says to which Nicky replies jokingly, “No, you don’t.” But it was clear this band actually loves its fans. They made it very clear as the band introduced “You Wind Me Up,” a track from the new record, as the first song they ever wrote together for Nothing with the refrain, “We were sitting in a cell / The drugs were never strong enough.”

There were a few clues about the subjects Nickey sings about. Just before “A.C.D.,” over eery feedback, another sampled voice played over the speakers before Nicky announced, “This song is about sleep.” And later, as the lights went down, Nicky told the audience that two years ago, after hearing the news his father had died, he wrote “The Carpenter’s Song,” a quiet and haunting melody that the band played with the lights down low.

This was the first time several of the new songs were ever played before an audience, but it was difficult to tell. The band was tight, and the crowd took in every moment.

The encore included Brandon taking over lead vocals with only Nicky as accompaniment on the Our First 100 Days compilation number “Spell.” And the band wrapped up the evening with a raucous “Get Well,” with Brandon and Nicky sending their guitars out into the crowd.

This show at the Rock and Roll Hotel is the first date of a world tour. Definitely check them out here!

Encore:
Spell (Brandon and Domenic only – taken from “Our First 100 Days”)
Get Well (GOE)

Here are some photos of Nothing performing at the Rock and Roll Hotel on Sept. 7, 2018. All photos copyright and courtesy of David LaMason. 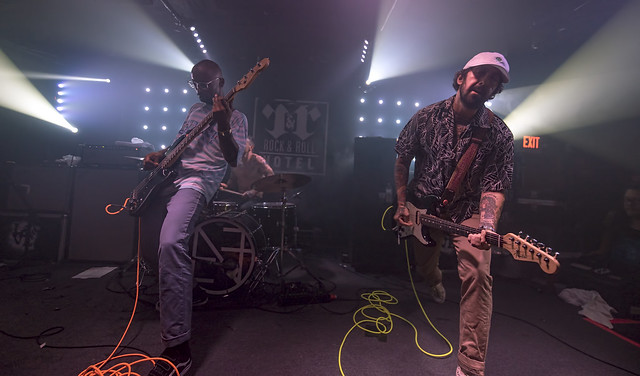 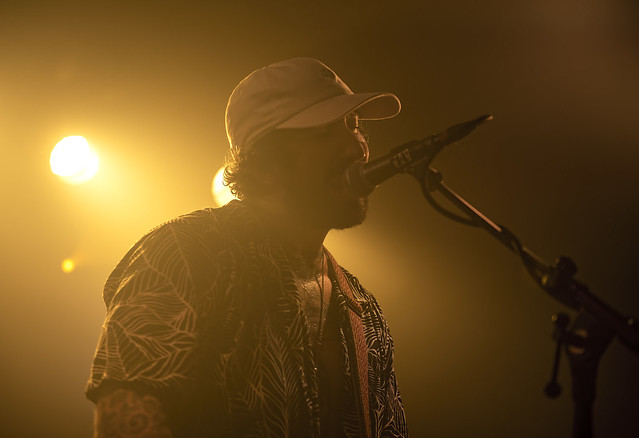 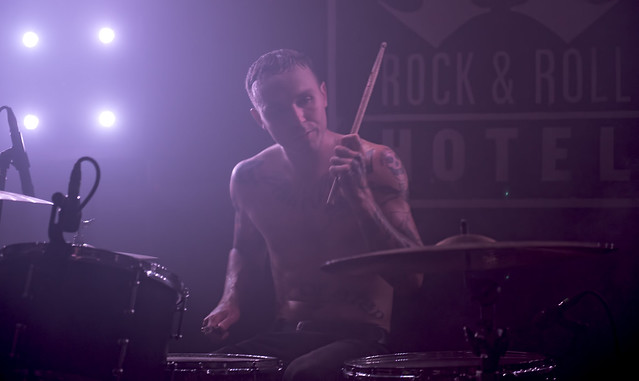 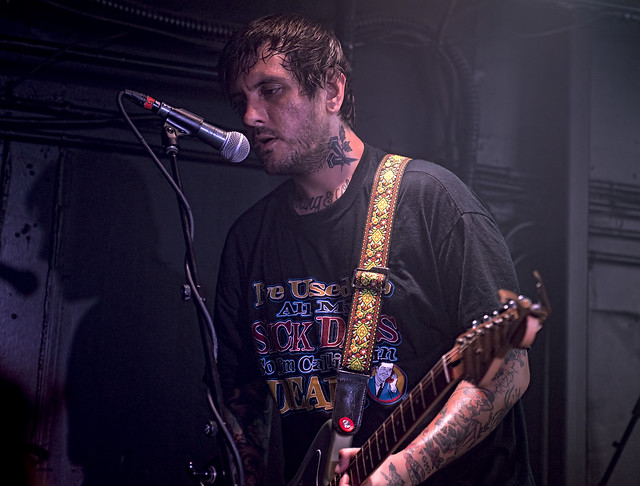 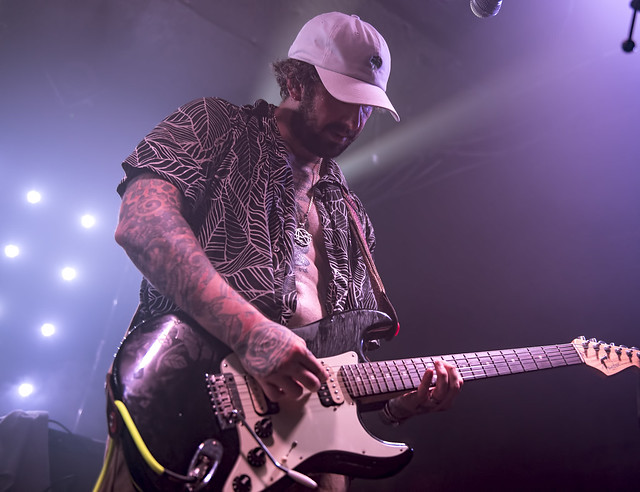 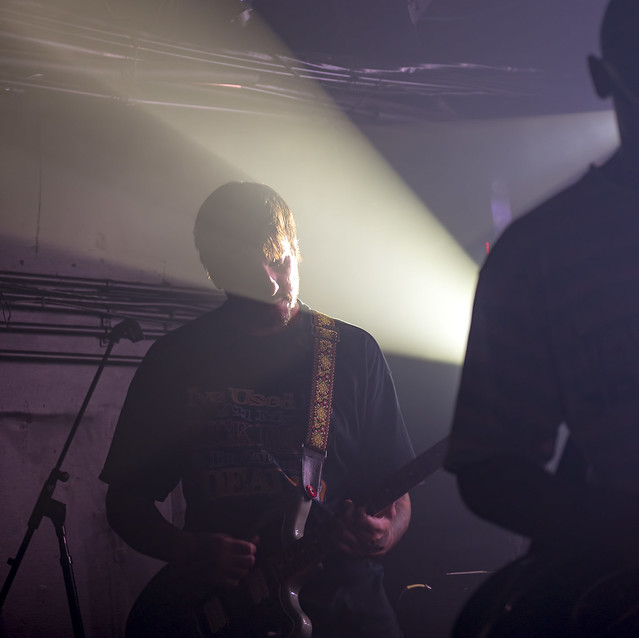 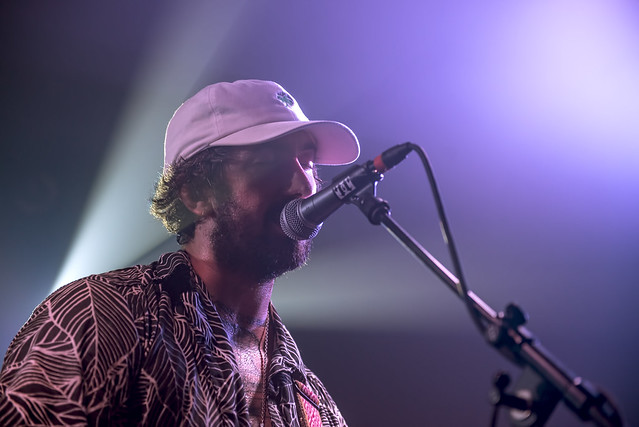 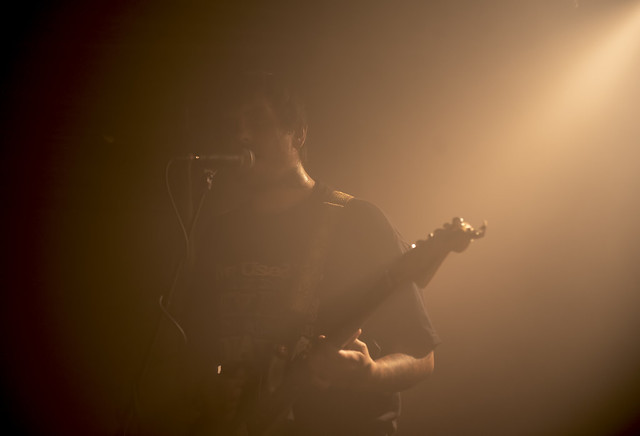 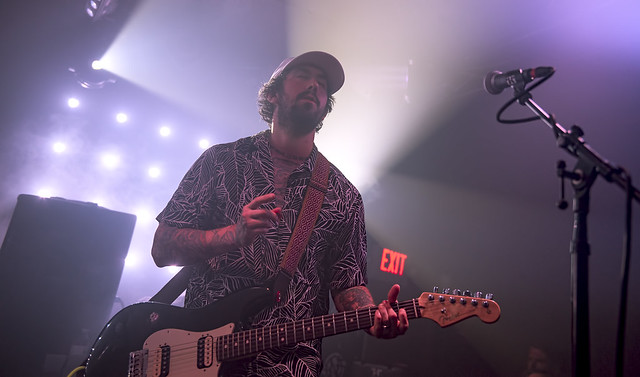 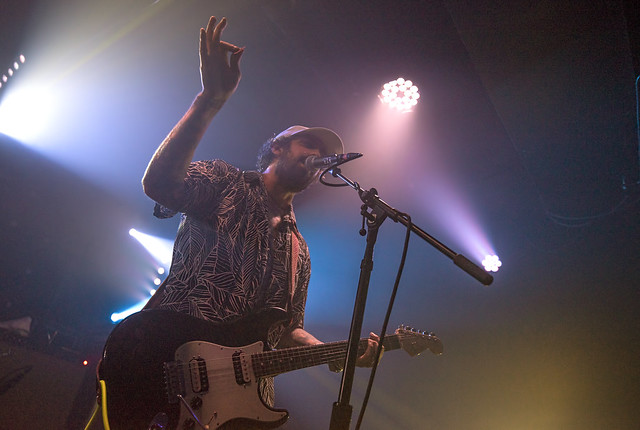 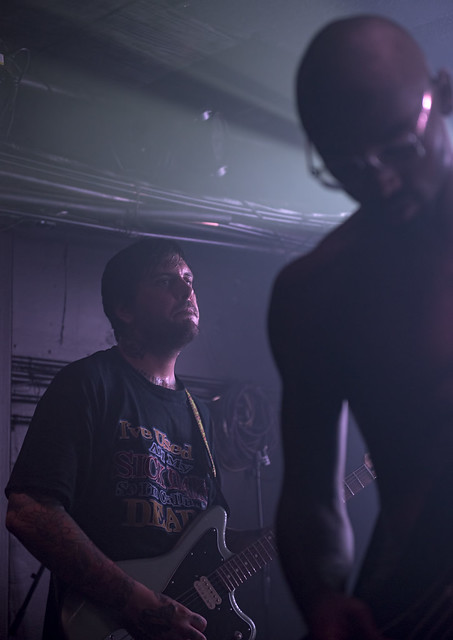 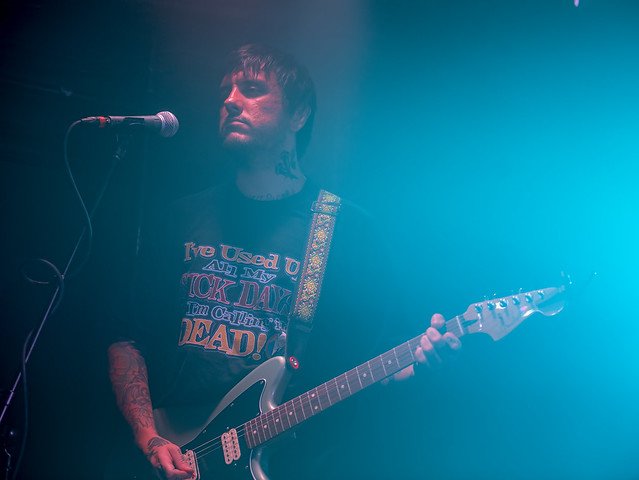 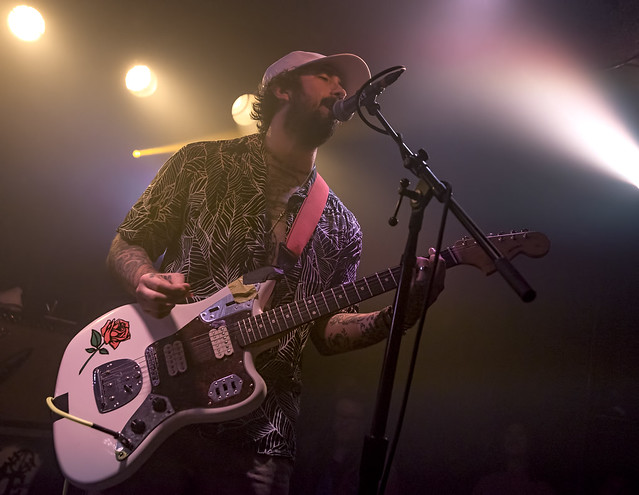