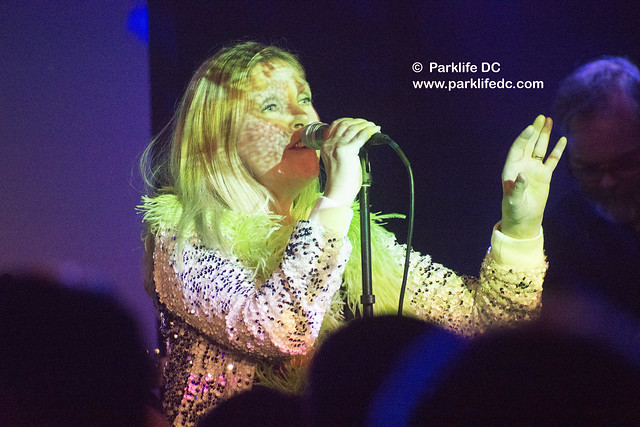 Sarah Cracknell is a picture-perfect Gen X diva. Wrapped in a feather boa and armed with a sultry smile, the Englishwoman brings wit and warmth to fronting synthpop outfit Saint Etienne, which dropped by Union Stage on Friday to mark the 20th anniversary of their fourth studio album, Good Humor.

Synthesist and Saint Etienne co-founder Pete Wiggs accompanied Sarah with a touring band to perform Good Humor in its entirety for one set in addition to a second set comprised of Saint Etienne favorites. The band presented the winsome album in tracklist order, peaking somewhat early in the set then with the crowd-pleasing “Sylvie.”

As ever, the enthusiastic audience sang along to “Sylvie,” and in particular its ending line “Over and over and over and over again,” doing a bit of a jig in unison with a wave-like roll of the arms. Sarah lit up in response to the warm reception, and the seven-piece band held the song for a while to savor the moment.

It’s worth remembering that Good Humor became Saint Etienne’s best selling album in North America, hence inspiration to bring an anniversary celebration of the album to our shores. Listen to Good Humor by Saint Etienne on Spotify:

Speaking of the band, seven members makes for quite a stage! The band clicked like clockwork throughout the concert with Sarah and Pete backed by vocalist Debsey Wykes, drummer Mike Monaghan, Robin and Joe Bennett (guitar and bass), and keyboardist Gerard Johnson, standing in for sadly absent band co-founder Bob Stanley. The enduring and growing Saint Etienne live act would suggest that the band are here to stay a while, in some form or another, despite enduring rumors that they will call it quits. In fact, Saint Etienne added a new song, “Camel Coat,” to the second set, and the band offered a new EP, Surrey, from which “Camel Coat” hails, for sale only during this tour.

With five new songs on an EP and a very pleasing full-length, Home Counties, in 2017, it surely seems Saint Etienne will stick around a bit longer, thankfully. Meanwhile, Saint Etienne surprised with a few other selections on Friday, including “Hill Street Connection” from Good Humor’s limited edition companion album, Fairfax High, to start the second set.

Occasionally in the second set, Saint Etienne seemed almost a different band when tackling its higher BPM dance numbers. A highlight of the show was the anthemic “Tonight” from the truly terrific 2011 album, Words and Music by Saint Etienne. Saint Etienne followed that with their stupendous synthpop version of “Only Love Can Break Your Heart” by Neil Young — an early song that put the band on the map when it appeared on their 1991 debut, Foxbase Alpha. It is more italo and less twee, and Saint Etienne fire on all thrusters when they dive deeper into italo disco waters, in my opinion.

The Good Humor 20th Anniversary Tour still has a few North American dates, including tonight, Sept. 11, in Toronto, followed by Sept. 13 in Chicago, Sept 15 in San Francisco, and Sept. 16 in Los Angeles. Do yourself a favor, and catch this charming band in performance near you.

Here are a few pictures of Saint Etienne performing at Union Stage on Sept. 7, 2018. 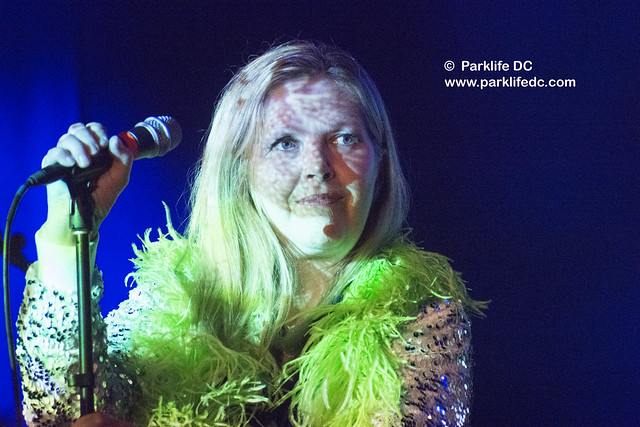 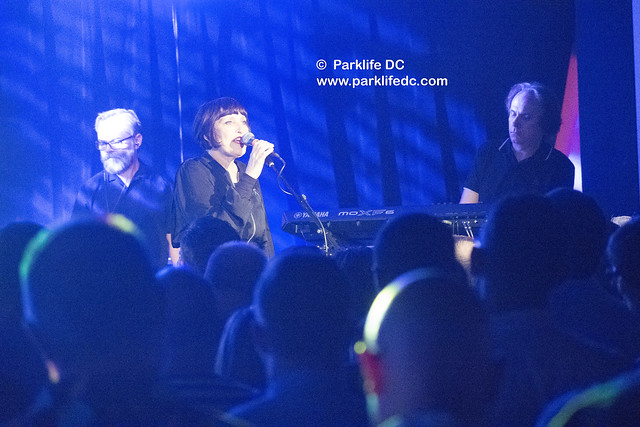 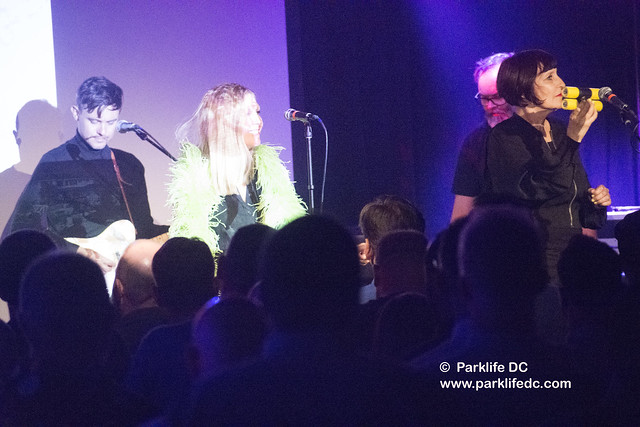 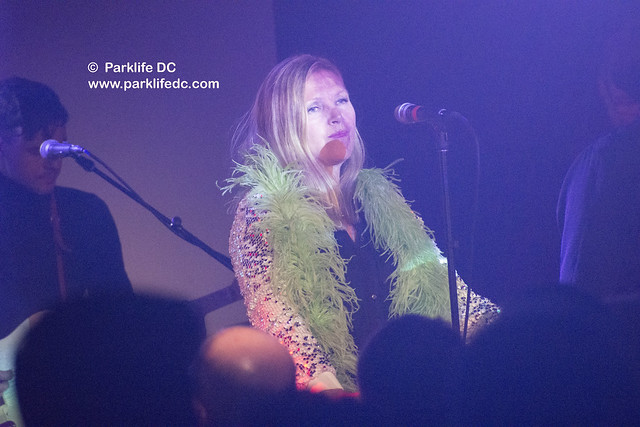 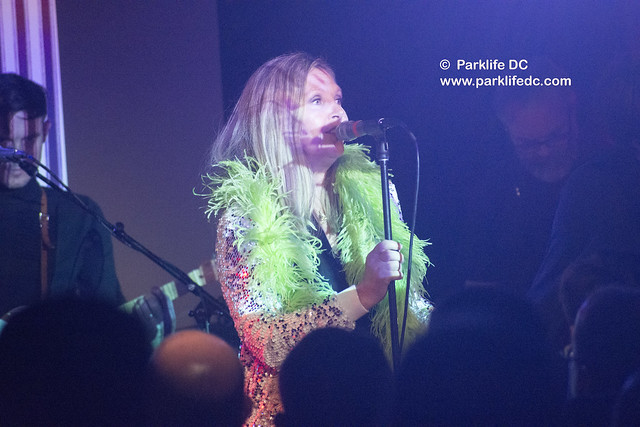 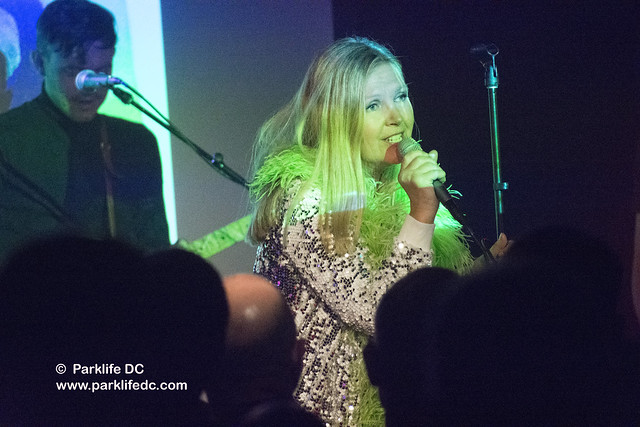 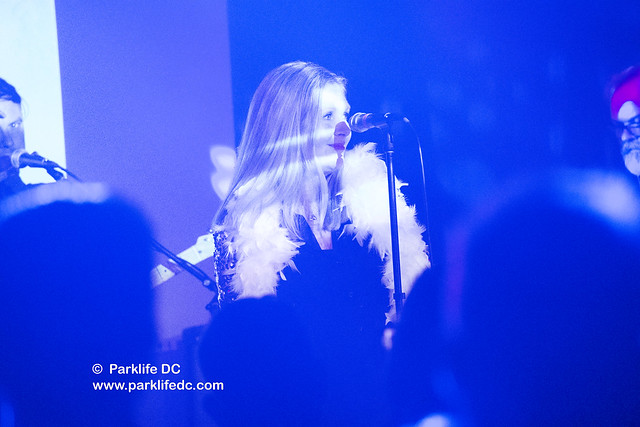 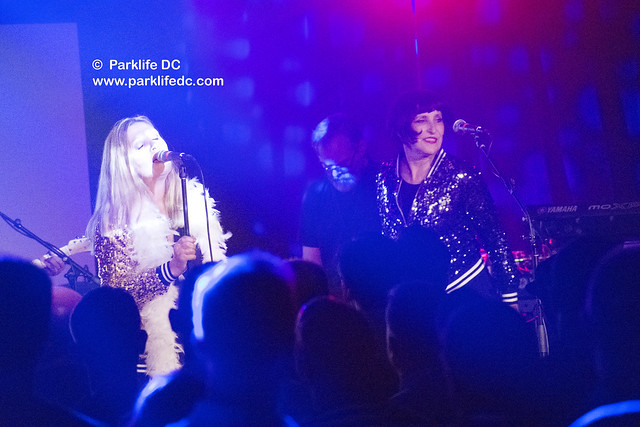 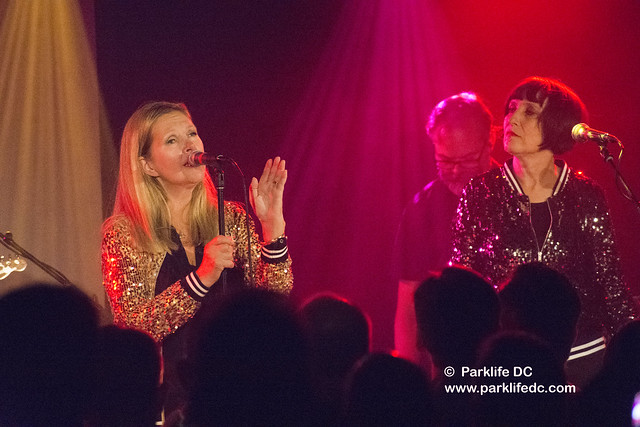