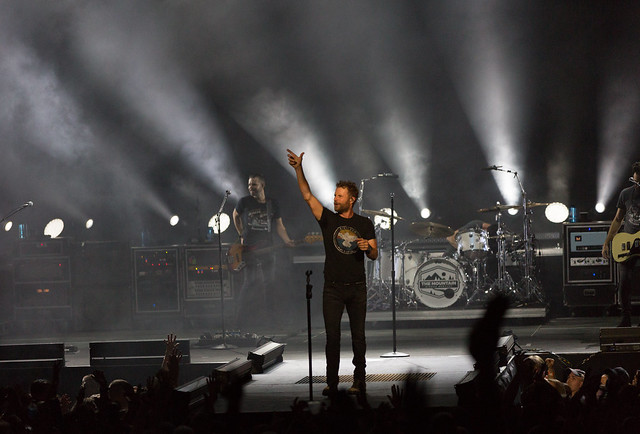 Dierks Bentley released The Mountain, his ninth studio album, recently via Capitol Records Nashville. He brought his Mountain High Tour to Jiffy Lube Live on Friday, and Jules McNamara got some pix of the boot-stompin’ action.

Inspired by the Rocky Mountains after trips to the Telluride Bluegrass Festival, Dierks wrote The Mountain in Colorado with his longtime collaborators. The result was a #1 country album for the gregarious singer.  He performed four songs from the album, including “The Mountain,” “Woman, Amen,” “Burning Man,” and “Living.”

But for his first set Dierks took up character as Douglas “Big Rhythm Doug” Douglason and The Hot Country Knights.  In character, Doug and The Knights performed “We’ll Burn That Bridge” by Brooks & Dunn, “There Ain’t Nothing Wrong with the Radio” by Aaron Tippin, “Honky Tonkin’ Is What I Do Best” by Marty Stuart, and “Shout” by The Isley Brothers.

Doug kept the fun going throughout the show, for example, by running through the crowd at Jiffy Lube Live during his performance of “Free and Easy (Down the Road I Go)” from his 2006 album, Long Trip Alone.

All in all, country and bluegrass fans had a damn good time at Dierks’ show. He remains on tour for another month to wrap in Los Angeles on Oct. 13. Catch him if you can! Here are some pictures of Dierks Bentley performing at Jiffy Lube Live on Sept. 7, 2018. All photos copyright and courtesy of Jules McNamara with some rights reserved to Dierks Bentley. 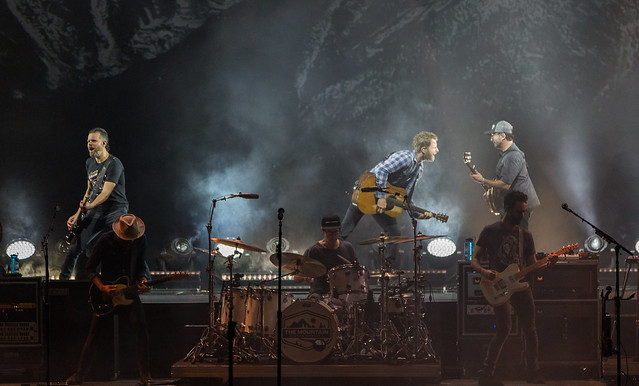 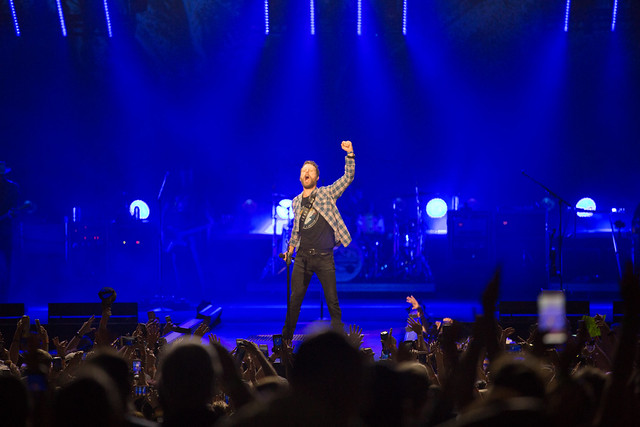 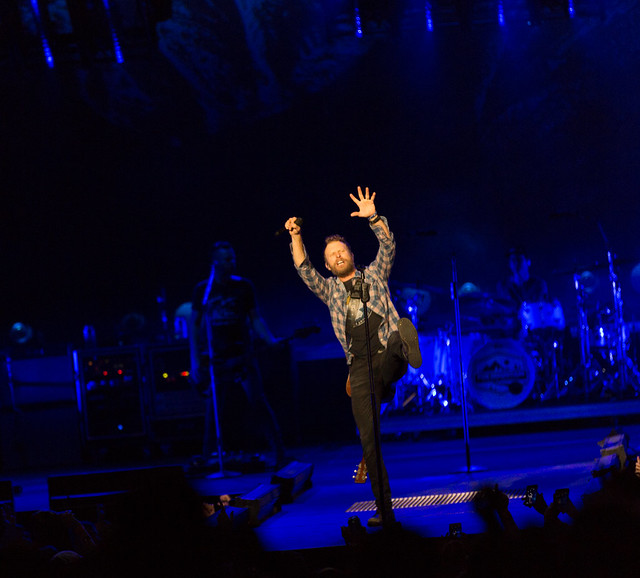 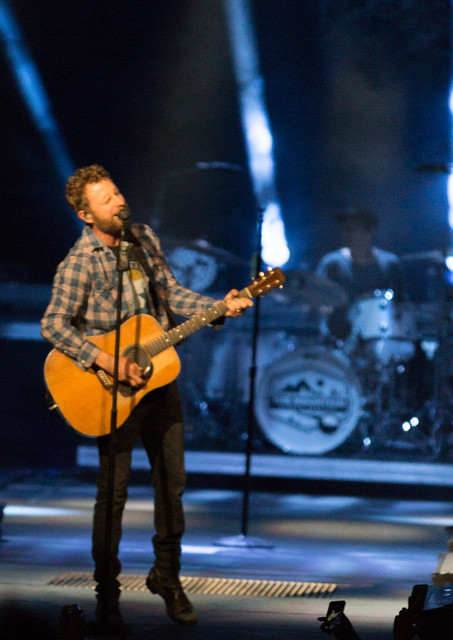 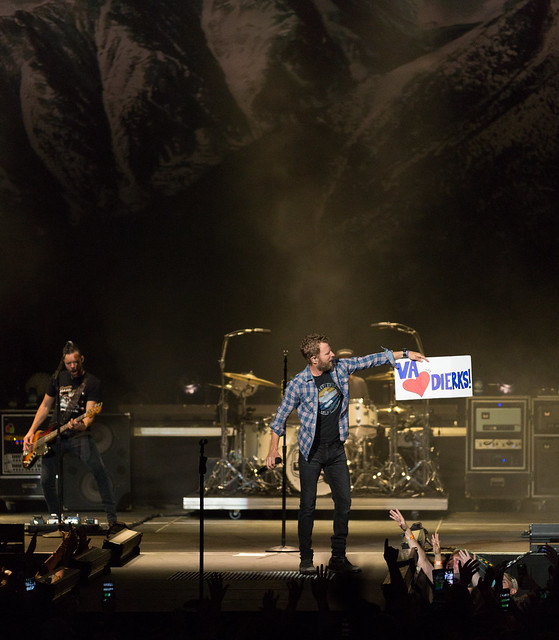 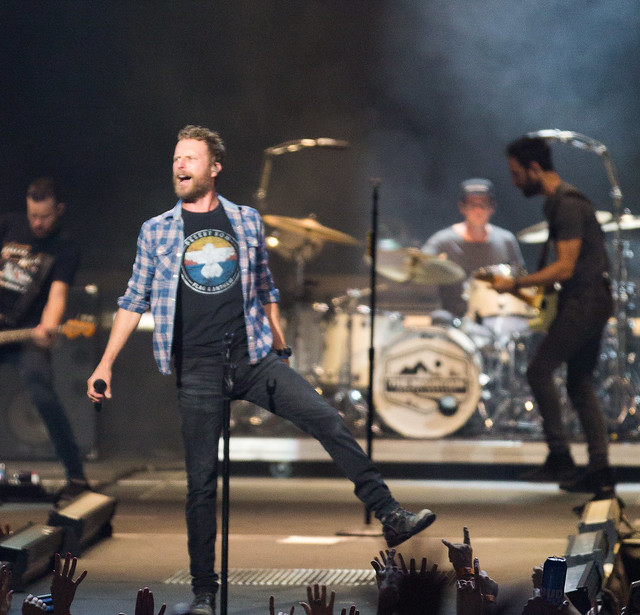 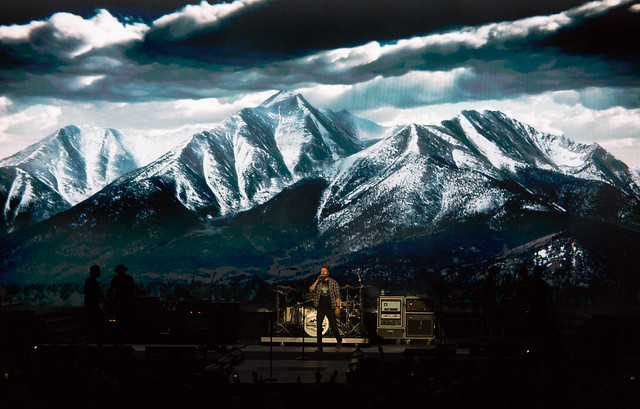 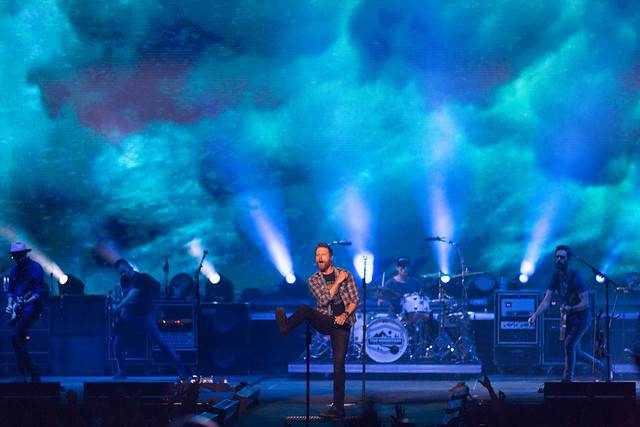 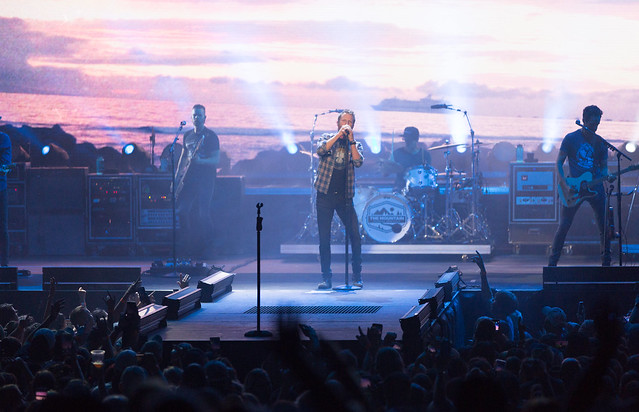 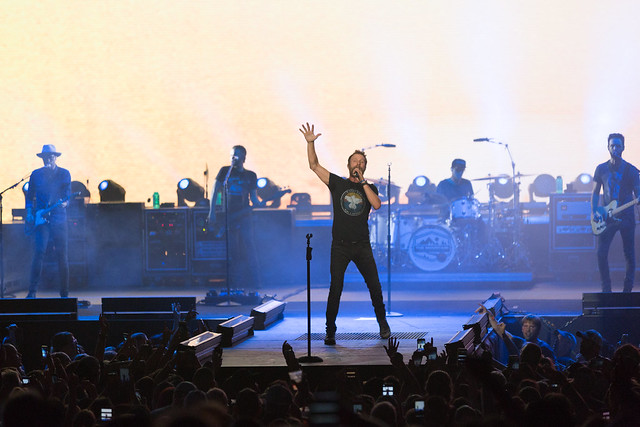 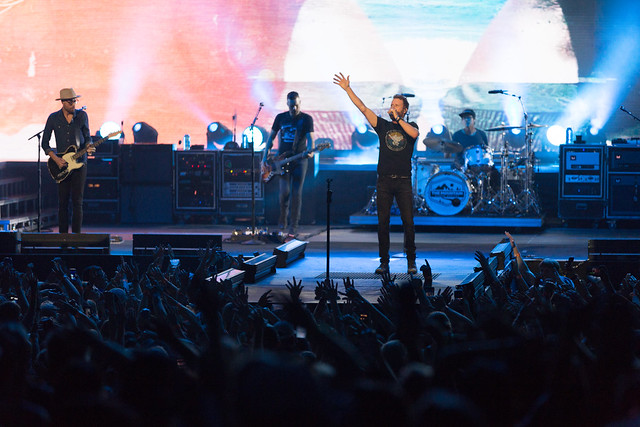 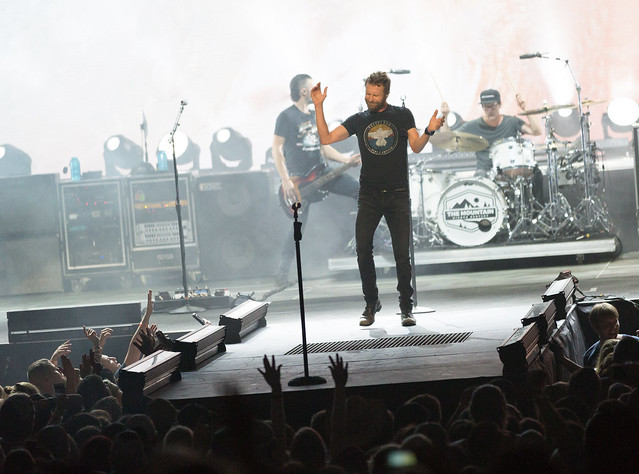