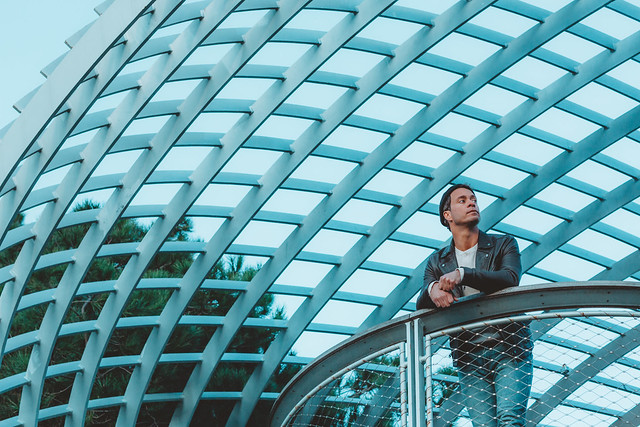 Philadelphia singer-songwriter Amos Lee has taken his latest album, My New Moon, on the road and will perform at the Lincoln Theatre on Tuesday, Sept. 18.

Deemed “the most personal and deeply felt of Lee’s seven studio albums” by Billboard, “stunning” by NPR, and “music to help listeners heal” by Salon, My New Moon may not only be Amos’s most personal collection but his most politically outspoken as well.

Watch the official music video for “No More Darkness, No More Light,” by Amos Lee on YouTube:

About this opening track from My New Moon, Amos told Billboard, “The song was ‘recorded a few times,’ originally with a different title and completely different lyrics.” With producer Tony Berg, he continued to work on the “gently grooving, African-flavored track throughout the sessions… and kept tinkering with it and thought about it the whole time we were making the record.”

Amos found the key to the song when 17 people were gunned down at Stoneman Douglas High School in Parkland, Florida. “The day after Parkland happened, I was just…overcome with what the kids were saying and what our history in the United States is and what I feel like some of our obligations to each other are, and I rewrote the whole song,” Amos said.