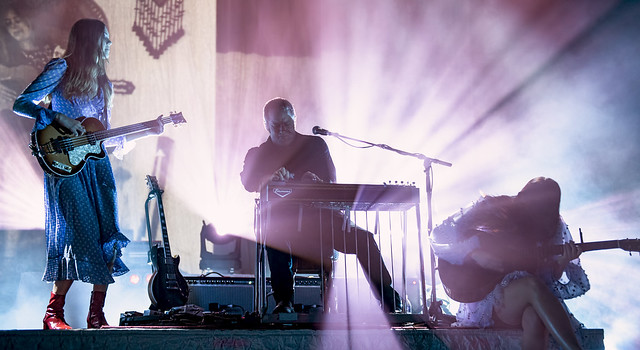 First Aid Kit delivered a memorable, delightful performance at The Anthem on Monday. Going well beyond the usual practice of a band hanging a banner with their logo, a massive screen displayed images to accompany the breathtaking vocals of Swedish sisters Klara and Johanna Söderberg. This intricately-planned, stunning mixed-media presentation grabbed the audience and held their attention throughout the band’s performance.

As the hour grew late and my attention might have wandered, I found that the addition of a strong visual component locked in my focus.

The art direction was simply superb, reinforcing First Aid Kit’s Americana flavor. As they played their first song, “Distant Star,” the audience was treated to animation depicting a trip down Route 66 through the desert. Their next tune, Klara said, was about “becoming an adult,” and the screen showed photos of the sisters growing up. Every song had unique visual accompaniment. Some, like “Wolf,” during their main set, or “Rebel Heart,” during their encore, were accompanied by straightforward imagery — wolves and pulsating hearts, respectively.

Listen to Ruins, the lastest album by First Aid Kit, on Spotify:

Klara and Johanna’s vocals deserve praise. My friends and I were not surprised that they spoke perfect English, but we were surprised that they spoke it without any trace of accent. I listened hard for it, but if I hadn’t known they’re from outside Stockholm, I would’ve believed they’re from the Midwest United States. Their perfect diction manifests in their singing, as not only is it beautiful, it is also crystal clear. At too many concerts, I have to work at understanding the lyrics, but not at this one, and that was a pleasure.

The sisters had a relaxed vibe for most of the night, but Klara did make a stand before “You Are the Problem Here.” She spoke passionately about the problem of rape culture and how the blame, as well as the onus to prevent rape, gets placed on women. The problem is not, she said, what women aren’t doing to keep themselves from being raped; the problem is that men are raping women.

First Aid Kit played one cover — Kate Bush’s “Running Up That Hill” — but that was not their only tribute. “Emmylou,” released as a single from their second album, 2012’s The Lion’s Roar, paid respect to their country music heroes: Emmylou Harris, Gram Parsons, and Johnny and June Carter Cash. In fine folk tradition, they had the audience singing along to “Hem of Her Dress.” The band closed their tight 13-song set with “Nothing Has to Be True,” before returning for a three-song encore, ending the concert with “My Silver Lining.”

Here are some pictures of First Aid Kit performing at The Anthem on Sept. 10, 2018. All photos copyright and courtesy of David LaMason. 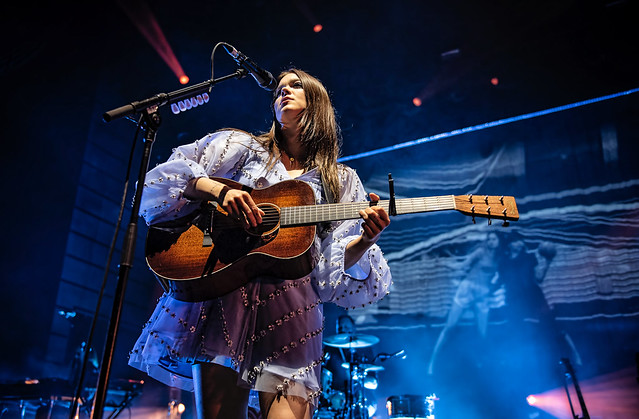 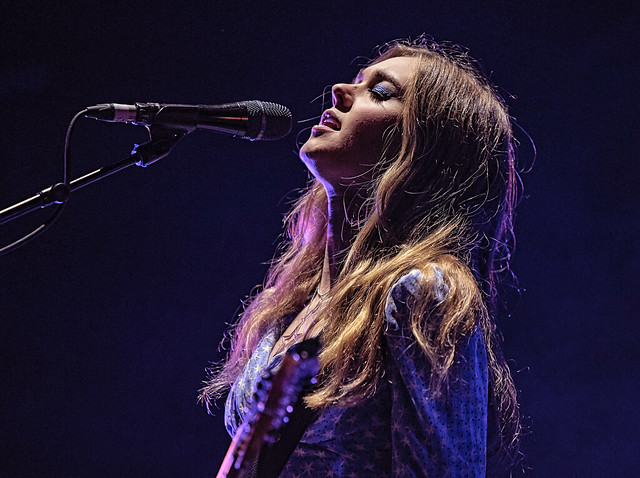 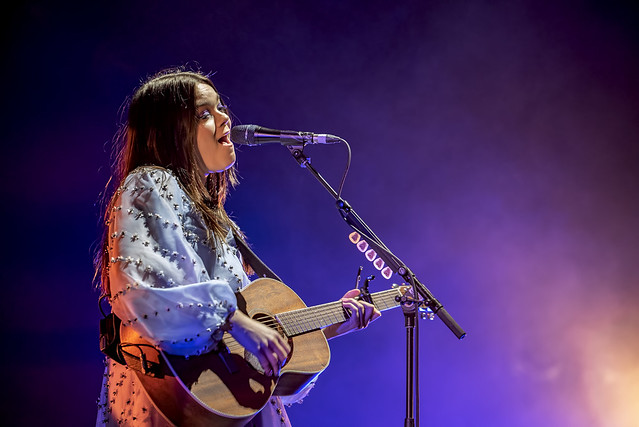 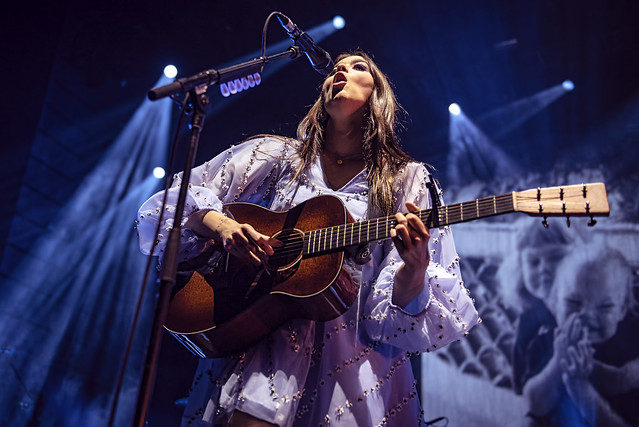 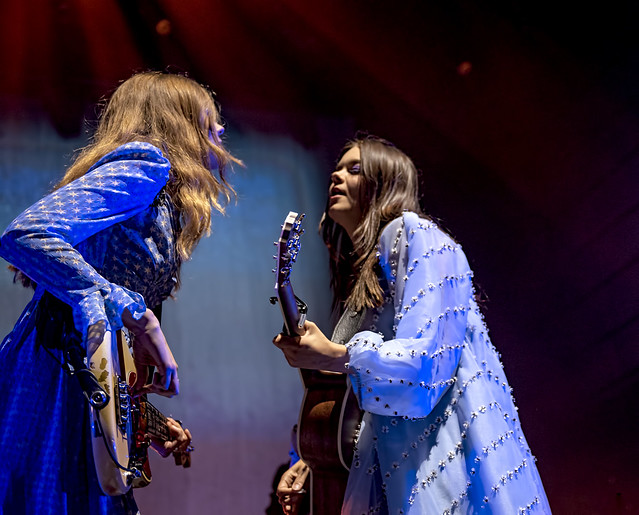 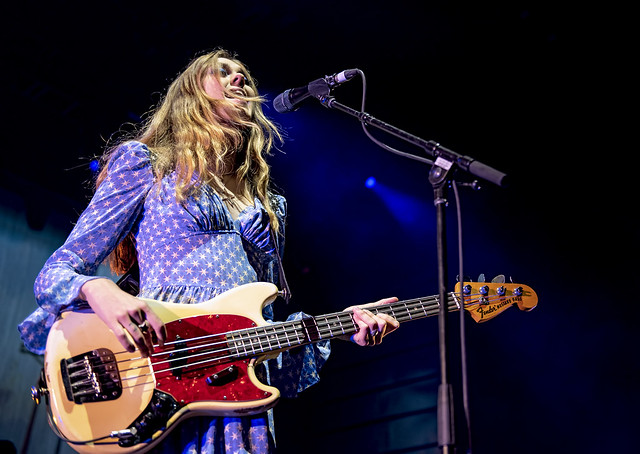 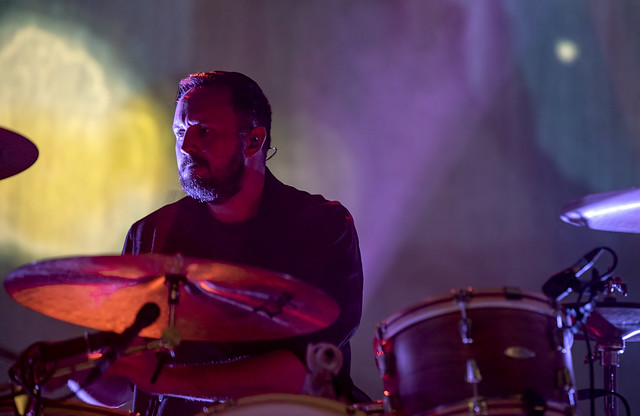 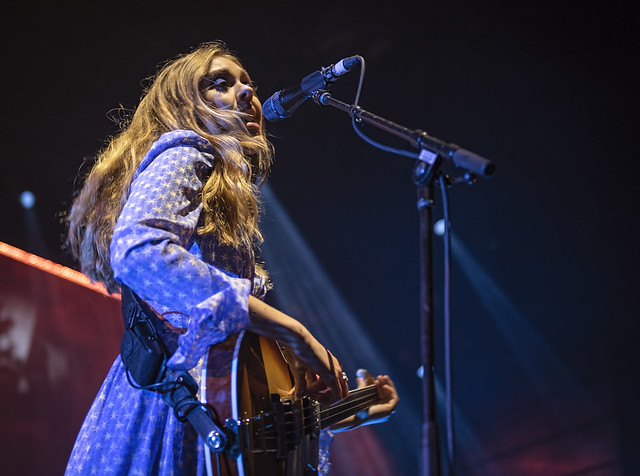 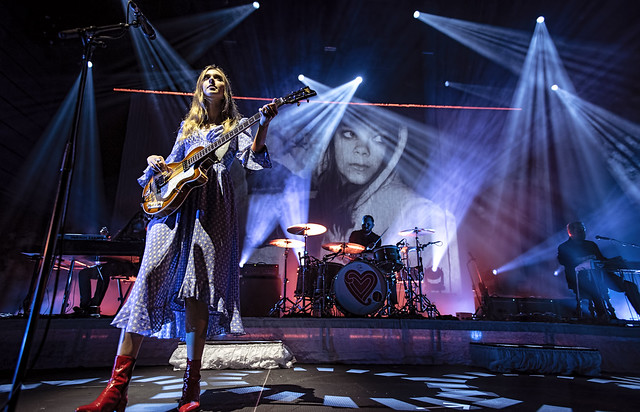 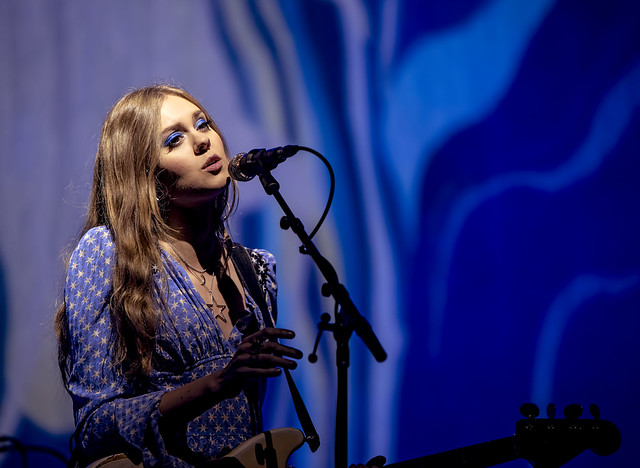 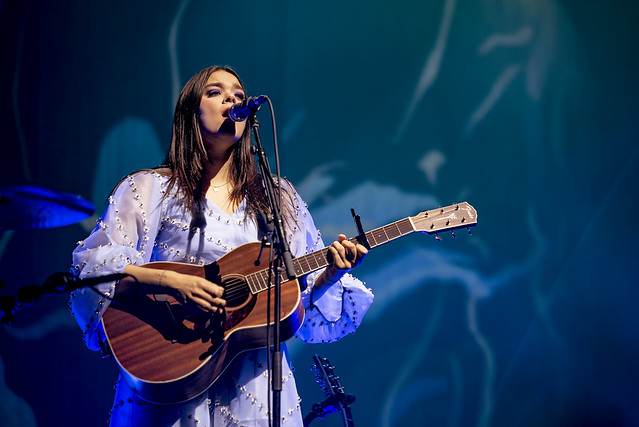 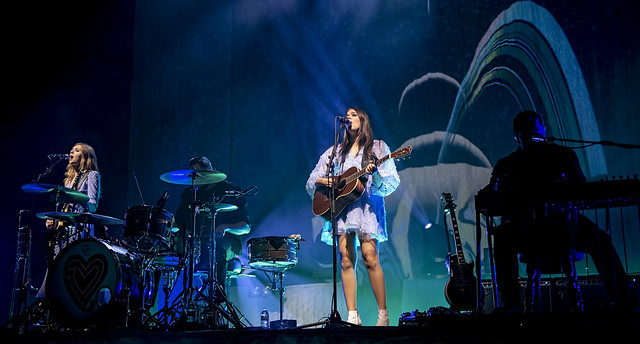 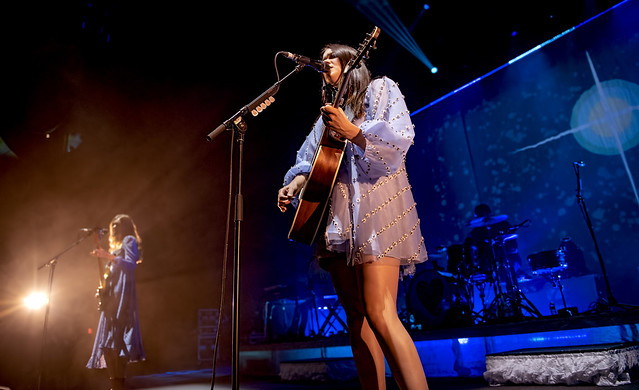 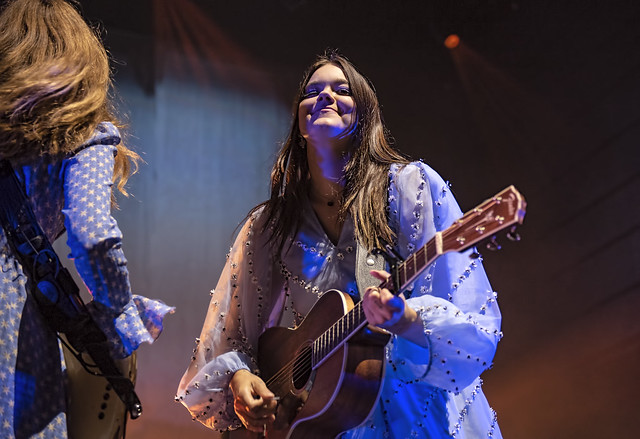 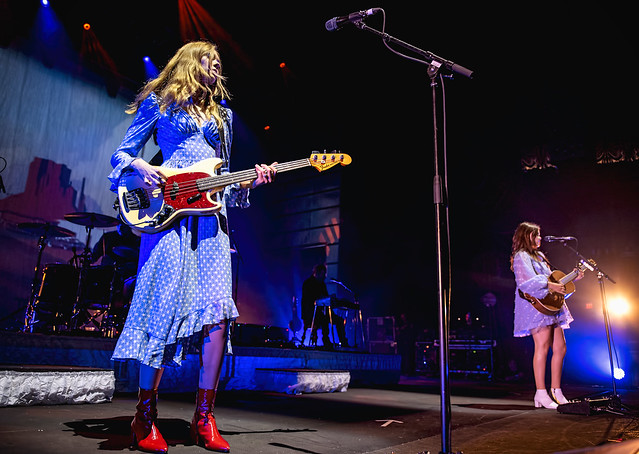 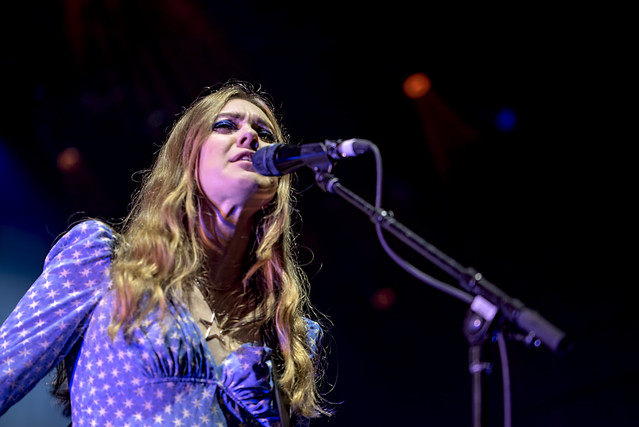 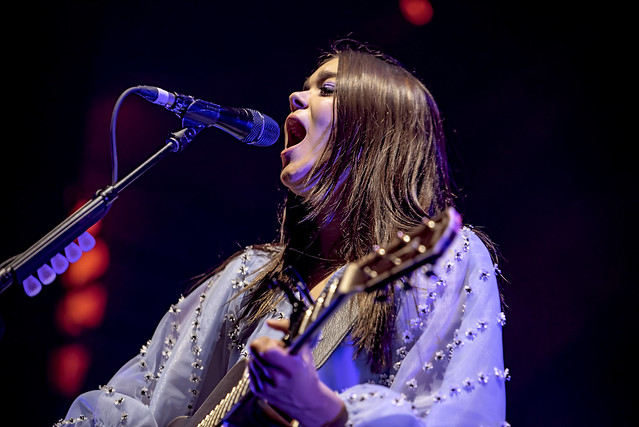 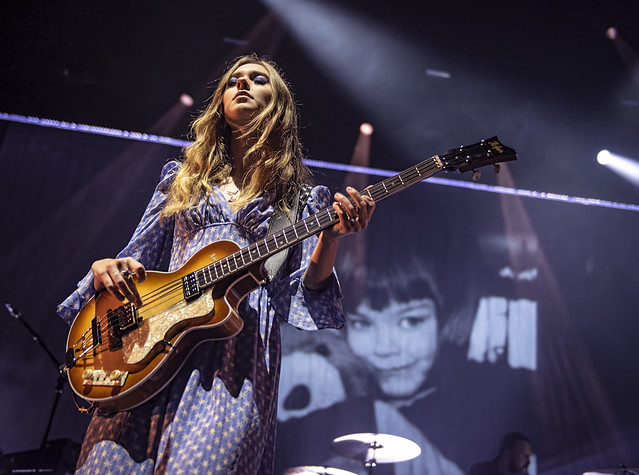