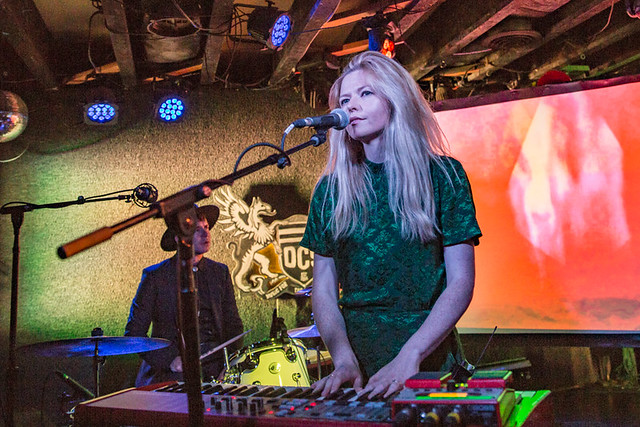 A striking blonde vocalist and a guitarist with cool rocker hair walked into a bar, one hailing from the United Kingdom and the other from the United States, and you could well conclude I’m about to chat about the Kills.

But Still Corners are something entirely different and just as intriguing. Vocalist Tessa Murray, the Brit, plays keyboards, and guitarist Greg Hughes, the American, writes the songs. Together, they produced wonderfully lush dreampop that hypnotized a rather full house at DC9 on Monday.

Still Corners released Slow Air, their fourth studio album, via their own label, Wrecking Light, in August. The London-based dreampop duo took the new songs to a US tour to share their Americana-flavored melodies with admirers like us.

Listen to Slow Air by Still Corners on Bandcamp:

Tessa’s haunting vocals fit well with the Southwest influences woven into songs like “The Message,” which is the perfect number for walking through a ghost town, or more likely walking through your own thoughts on an open stretch of sidewalk. “The Photograph,” a more buoyant number, sounds a bit more traditionally like the work of UK psych auteurs, but the gentle kiss of Tessa’s voice tied the sound together as a whole.

Evoking the open, winding landscapes that inspired the latest record, “Black Lagoon” proved a more complex song vocally, and with its driving beat and ethereal sighs, it’s practically a dance number. Admirers at DC9 certainly swayed the evening away with it pitched perfectly to our ears, courtesy of the club’s always impressive sound system.

Of course, Still Corners looked back to their previous three full-length albums, the first two of which were published by Sub Pop. The band certainly gets more psychedelic on “Cuckoo,” from 2011 debut album Creatures of an Hour, and there is a greater similarity to peak period Cocteau Twins in the music, although Tessa’s distinctively silky voice is one of several key differences.

Still Corners perform in Brooklyn on Sept. 18, and they continue to tour in bursts across the United States in October and the first week of November. It’s a wonderful opportunity to discover a favorite new band, don’t you think?

Here are some pictures of Still Corners performing at DC9 on Sunday, Sept. 9, 2018. All photos copyright and courtesy of Paivi Salonen. 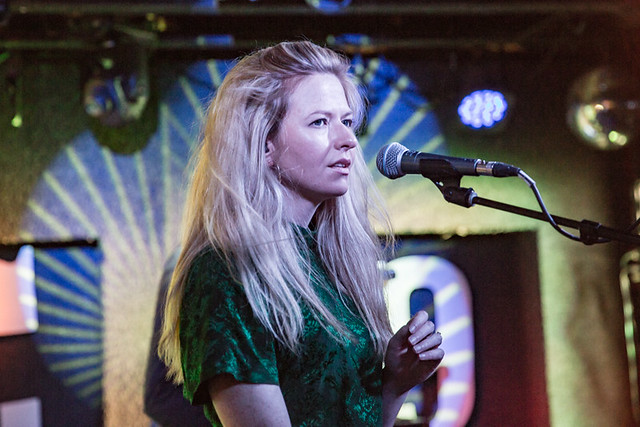 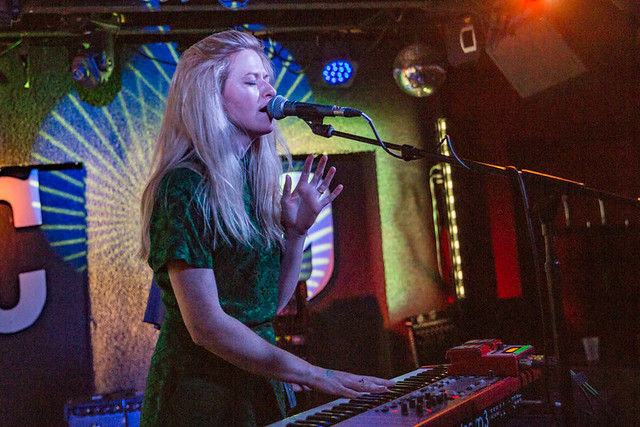 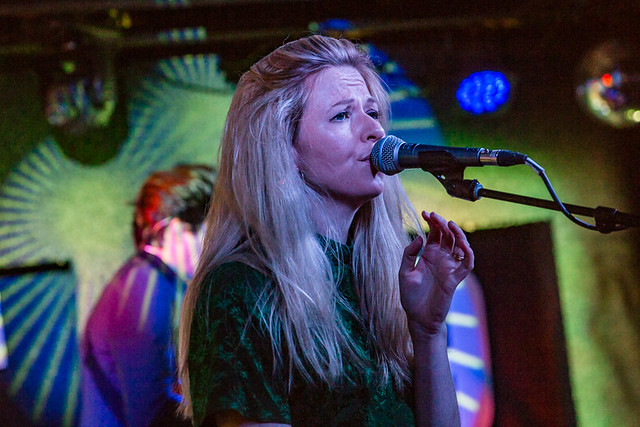 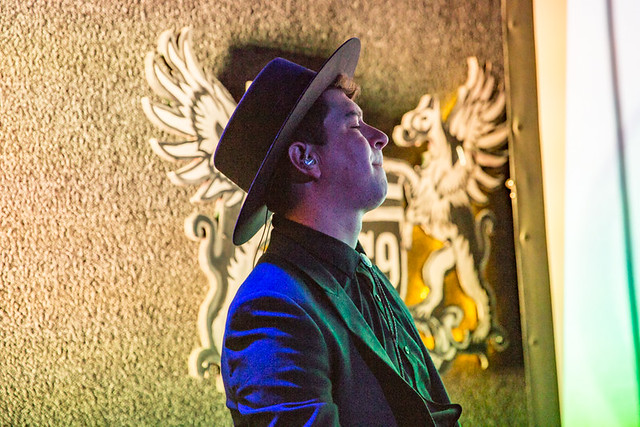 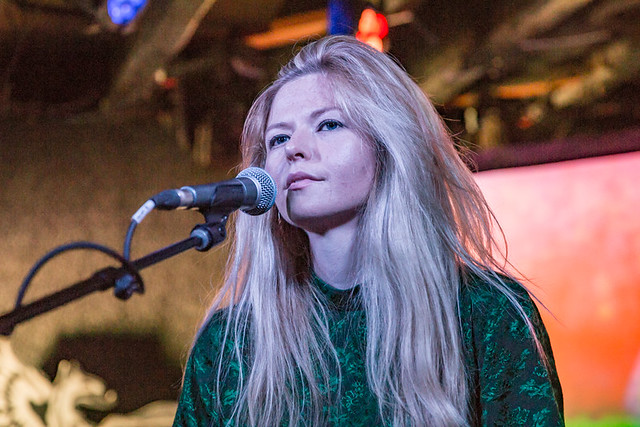 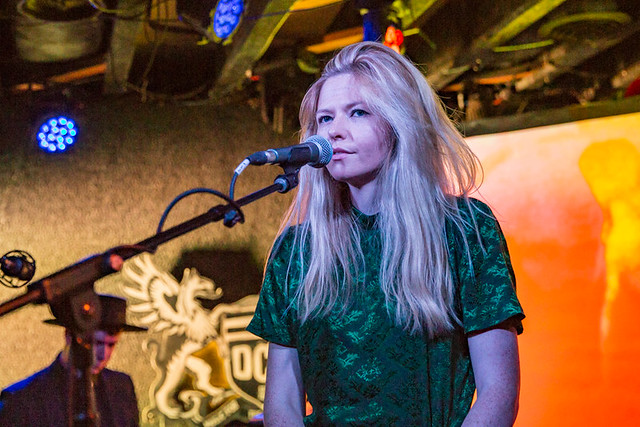 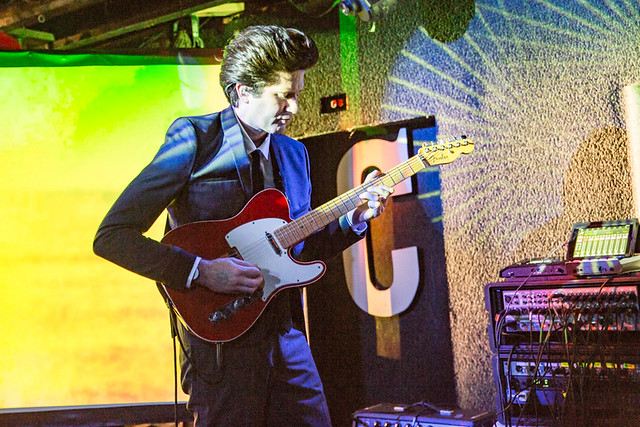 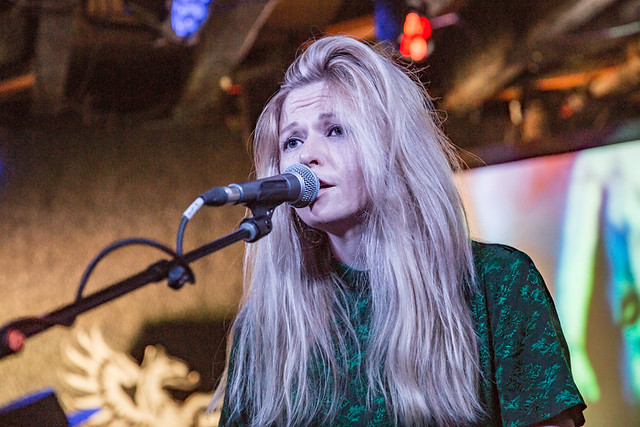 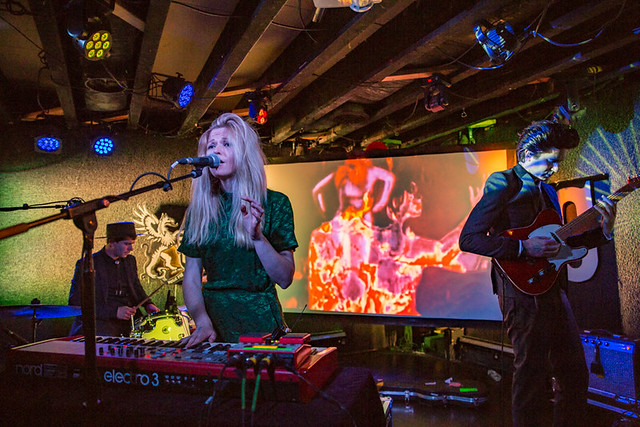 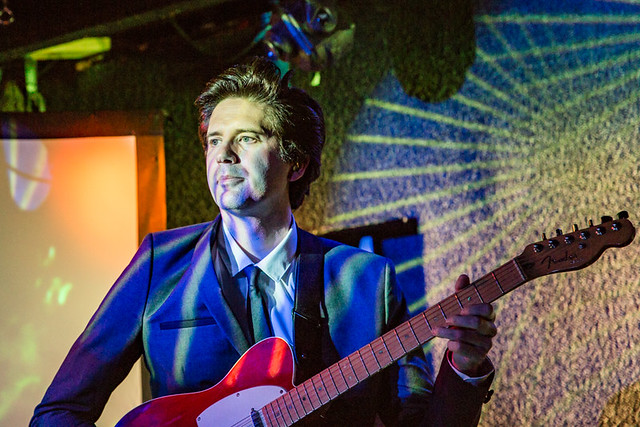 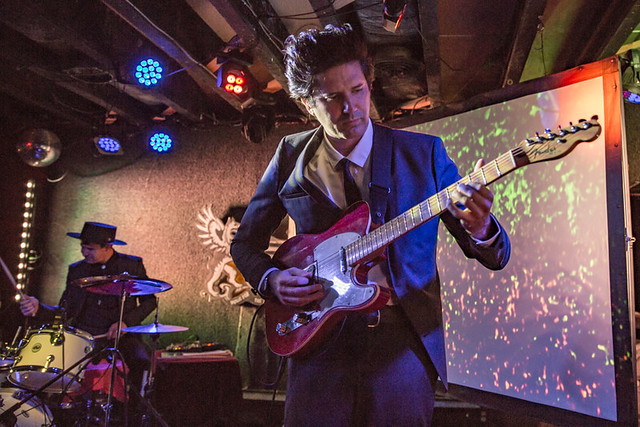 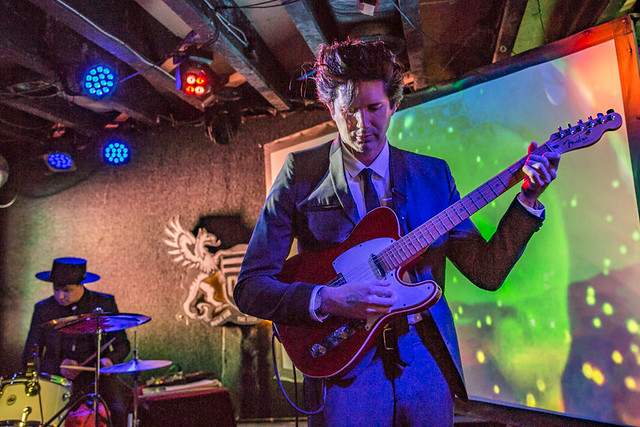 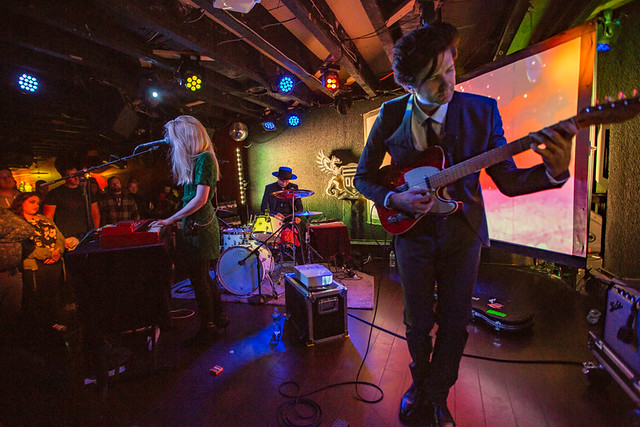 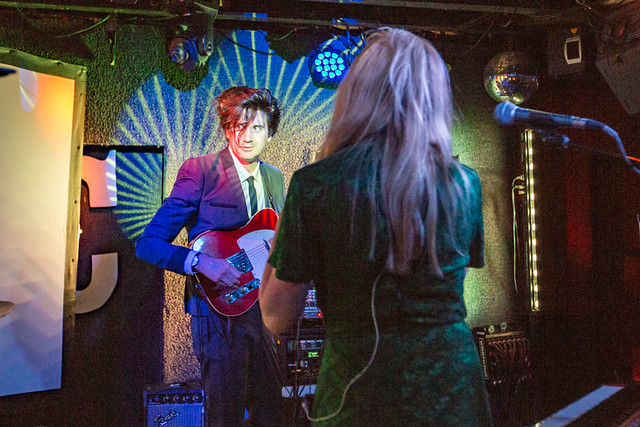