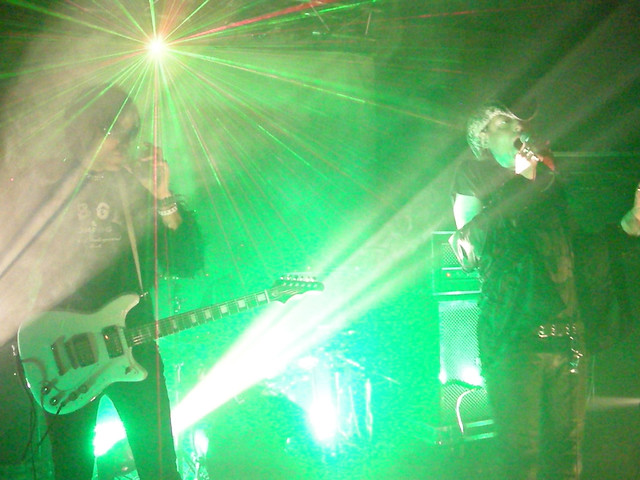 Jared Louche is taking his industrial project Chemlab on tour to celebrate the 25th anniversary of its debut album, Burn Out at the Hydrogen Bar, at the State Theatre on Saturday, Sept. 15!

Hailing from DC, Jared formed Chemlab in 1989 and released Burn Out at the Hydrogen Bar in 1993. The band released East Side Militia, a second album, in 1996 before breaking up. Chemlab returned in 2004 with Oxidizer.

Watch the official music video for “Codeine, Glue, and You” by Chemlab on YouTube:

In a review of Burn Out at the Hydrogen Bar for AllMusic, Rick Anderson praised Chemlab as “a group lurching toward tightly controlled sonic pandemonium while still maintaining a firm grip on old-fashioned, blippy, synth riffs and the occasional shred of actual melody. Charming song titles like ‘Codeine, Glue, and You’ and ‘Summer of Hate’ will give the faint of heart fair warning; those who don’t mind a little aggro-nihilism with their dance beats will know just what to expect.”