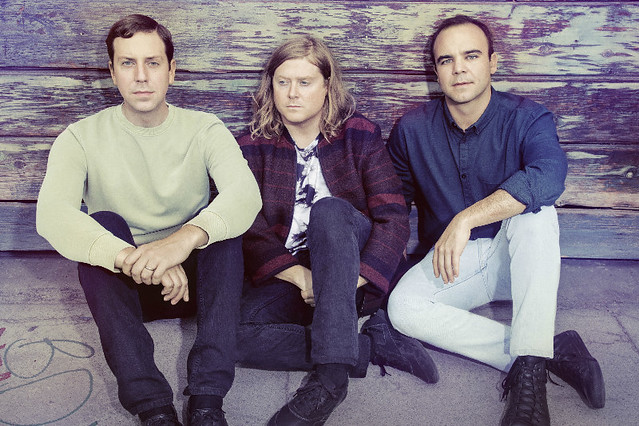 Future Islands make a long-awaited return to DC to perform at The Anthem on Friday, Sept. 28. Frontman Samuel Herring and company have been on the road a lot since the release of The Far Field, their fifth studio album, in 2017 via 4AD, but we haven’t seen them in DC city limits since a show at 9:30 Club several years ago!

In March 2014, Future Islands broke through the national consciousness with a stirring performance of their fourth album single, “Seasons (Waiting on You)” on The Late Show with David Letterman. Since then, Future Islands rocked stages around the world with their new wave sensibilities and killer dance moves.

Watch the official music video for “Ran” by Future Islands on YouTube:

In a review for Under the Radar, Ed McMenamin praised the new record, saying, “These are roadworn revelations from a bandleader following-up the biggest record of his life with another big statement. It’s a record anchored by the same sounds as the breakthough: widescreen New Wave, Herring’s dramatic and charismatic baritone and poetic lyricism. While there isn’t a song as massive as ‘Seasons (Waiting on You),’ Future Islands haven’t plateaued; they’ve managed a follow-up record that can look their best work in the eye”