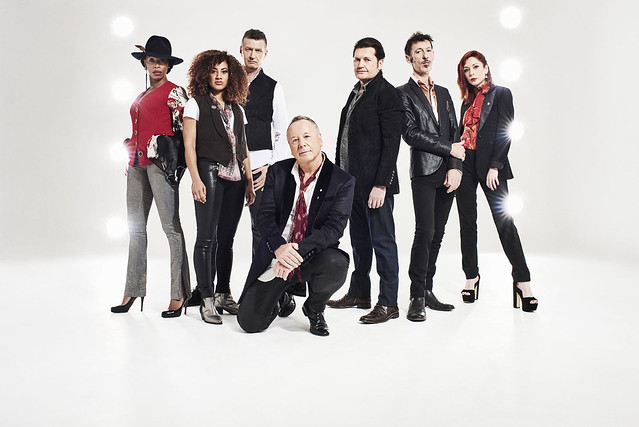 On Monday, Jim Kerr and Charlie Burchill take Simple Minds on a sweeping tour of the United States, starting in Bethlehem, Pennsylvania. The new wave outfit soon will arrive at 9:30 Club for a sold-out show on Saturday, Oct. 6!

In February Jim and company released Walk Between Worlds, the 18th studio album by Simple Minds, via BMG. The album comes with a lineup change for the band, still led by Jim and Charlie and including bassist Ged Grimes along with newcomers Sarah Brown (vocals), Gordy Goudie (guitar), Cherisse Osei (drums), and Catherine AD (keyboards).

On this Walk Between Worlds Tour, Simple Minds will play songs from the new album, like singles “Magic” and “The Signal and The Noise,” beside old favorites like “Waterfront,” “Don’t You (Forget About Me),” “Alive and Kicking,” and others. (Can we hope for “I Travel”…?)

Watch the official music video for “Magic” by Simple Minds on YouTube:

In a review for Paste, Robert Ham hailed the staying power of Simple Minds.

“There is a good reason why ‘Don’t You (Forget About Me)’ remains in ‘80s nostalgia playlists. Just try and remember that what the band is doing today may be just as vital and may reap the same emotional rewards for the listener,” Robert said. “The music aims to straddle both sides of this divide as well. Kerr and Burchill have spent their entire careers tangling with the technology of the times, whether that’s the modular synths that marked their early albums or the laptop beats that underpin many of the tracks on Worlds. It has never felt like a crutch, though; it’s just another color in their voluminous paintbox.”

Our show at 9:30 Club is sold out, so book your show on this tour before it’s too late! (Unlike some other irresponsible blogs, Parklife DC does not recommend you turn to third parties and scalpers.) Simple Minds have a long and winding tour across the country to end in Orlando, Florida, on Nov. 11. 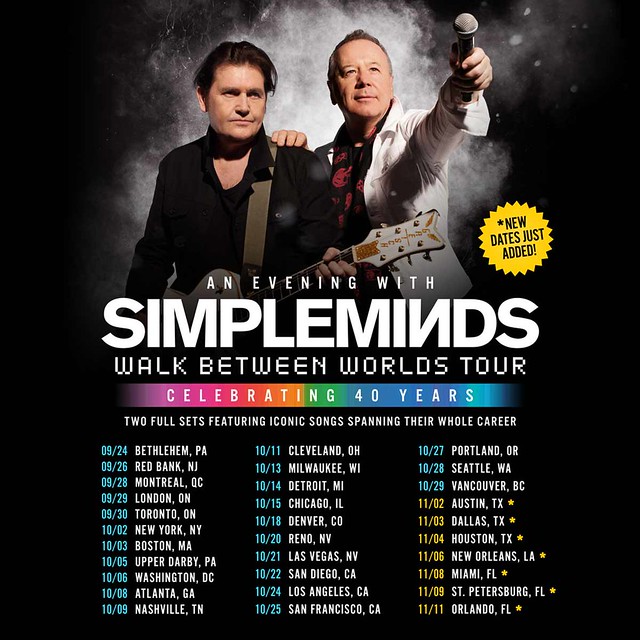