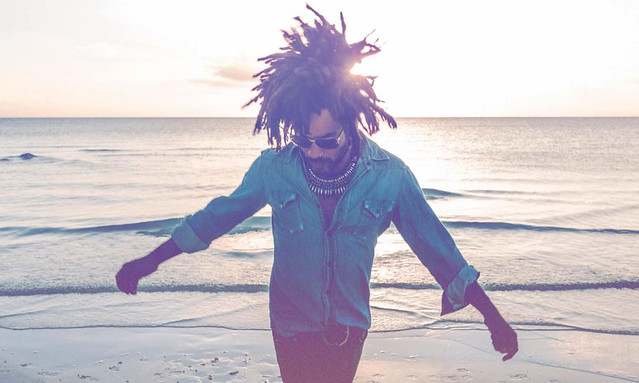 On the new album, released by BMG, Lenny personally produced and performed everything from guitar, bass, drums, and piano to bongos, glockenspiel, Moog, Fender Rhodes, Coral Sitar, Kalimba, and more.

Said Lenny, “When I said Let Love Rule on my debut, I had to live that for myself. It’s the same idea with Raise Vibration. I’m making a conscious choice to go to another place that I believe yields better results. I feel that the vibration we’re on collectively is not doing it. We need to reach higher. We need to be more thoughtful, spiritual, loving, and open. Stop thinking of borders, boxes, and imaginary forms of separation. We’re all on planet Earth together. We must do better. I communicate through music best. I create to inspire myself and, if I can inspire others, then that is beautiful.”

Watch the official music video for “Low” by Lenny Kravitz on YouTube:

Over at AllMusic, Stephen Thomas Erlewine said Lenny excels in a “call to arms” on the new album.

“While Kravitz still harbors a fondness for corny conventions — he borrows heavily from shopworn rock imagery, he writes an explicit summertime anthem — his sincere belief in these clichés winds up making them ingratiating. Of course, he’s helped by his craft. Nearly 30 years into his career, Kravitz knows how to sculpt not just sounds, but a cohesive LP, and that kind of pro assurance, when combined with his earnest hippie beliefs, make Raise Vibration a sunny, affirming listen,” said Stephen.