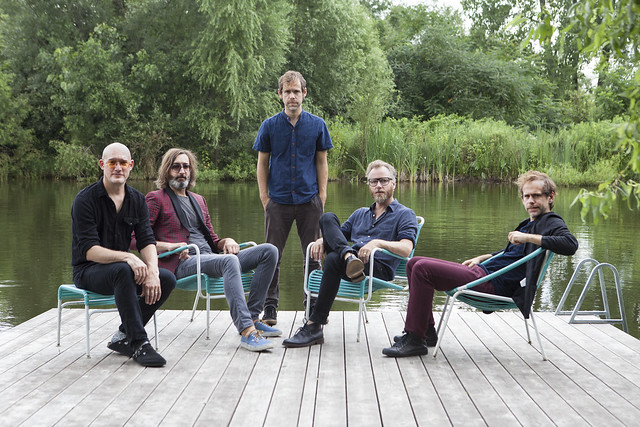 The National (Photo by Graham MacIndoe)

A little over a year ago, The National released Sleep Well Beast, the band’s seventh studio album, via 4AD. They’ve been touring incessantly since, and they are not quite done! The National play a big show at Merriweather Post Pavilion on Friday, Sept. 28.

Last fall, The National promoted their new album with a video for “I’ll Still Destroy You,” directed by Allan Sigurðsson and Icelandic performance and installation artist Ragnar Kjartansson. They filmed the video in Copenhagen, Denmark, in one hour at Dope & Korruption, a pop-up bar created by Ragnar offering arancini, chocolate truffles, prosecco, classical music, and a sailor striptease. Danish officials shut down the bar during the video shoot and destroyed it the next day!

Watch the official music video for “I’ll Still Destroy You” by The National on YouTube:

In a review for AllMusic, Stephen Thomas Erlewine points to The National’s expanded sonic palette in their new songs as “electronics are used for texture and shade, vocal harmonies glide through the mix, pianos anchor a couple of tunes.”

“While Sleep Well Beast offers more than its fair share of hushed moments — the National design their music to be lean-in listening, requiring an investment from their audience not only so that the lyrics can be deciphered, but so the subdued shifts in emphasis seem dynamic — this familiar signature seems enhanced by the fact that these soft, slow songs are surrounded by cuts where the darkness opens up slightly but significantly,” Stephen said.