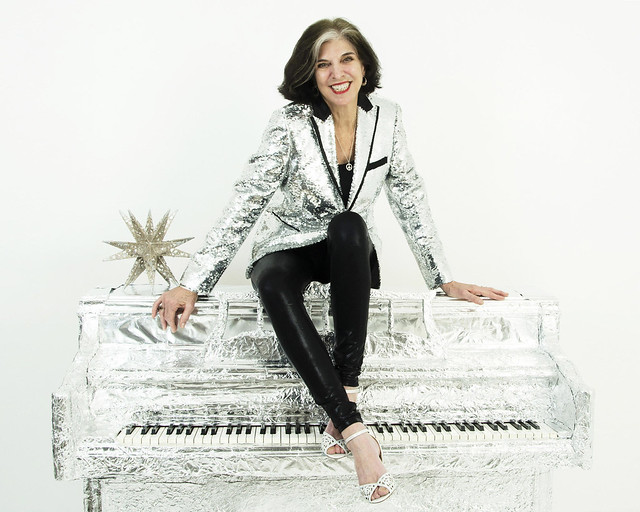 With her new record, Marcia set out to “make the best Marcia Ball record I could make,” she said.

Produced by Steve Berlin (Los Lobos) and recorded in Texas and Louisiana, Shine Bright contains 12 songs (including nine originals), ranging from the title track’s rousing appeal for acts of courage to the upbeat call to action of “Pots and Pans,” a song inspired by Texas humorist Molly Ivins. From the humorous advice of “Life of the Party” to the optimism of “World Full of Love,” Marcia’s convictions never waver.

“It is a ridiculously hopeful, cheerful record,” Marcia herself said.

In a review for PopMatters, Steve Horowitz expressed excitement for Marcia’s exuberance and optimism.

“Ball delivers her messages with a delicious Gulf coast musical gumbo of sound,” Steve wrote. “Her barrelhouse piano playing makes one hungry for the tasty stew. One can’t help but think of the region’s food while she provides the soundtrack for the meal. Her voice drips with the flavor of the region’s juke joints and cantinas—pass the hot sauce, please! Ball wrote eight of the album’s dozen tracks and the three covers that include Jesse Winchester’s ‘Take a Little Louisiana’ and Shelley King’s ‘When the Mardi Gras Is Over’ fit right in.”