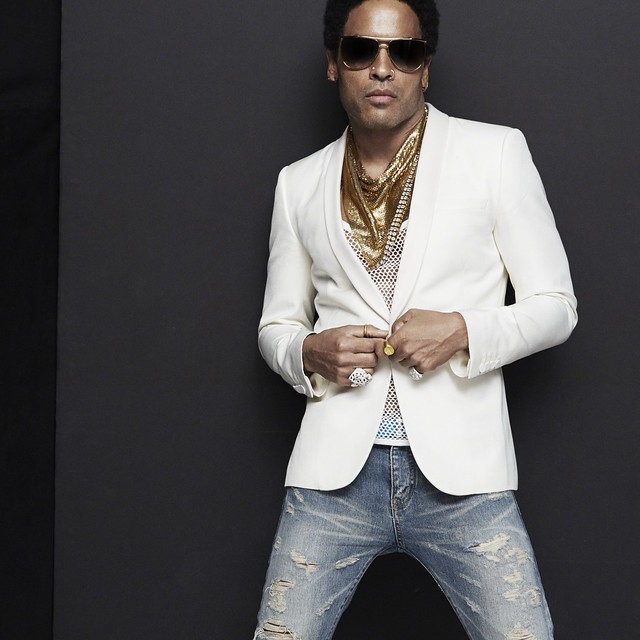 Nearly 30 years after he told us all to “Let Love Rule,” Lenny Kravitz recently released Raise Vibration, a record, for better or worse, still covering many of the same topics now three decades later. But cover them he did with vigorous conviction at The Anthem on Monday.

Hoping to raise the consciousness of his fans in this time of political turmoil, Lenny used his platform to promote peace and love, while at the same time questioning the racism, wars, and political divides that exist in today’s culture.

In front of an audience as diverse as his musical styles, Lenny Kravitz turned an eclectic mix of rock, funk, jazz and blues, into a sound all his own, and put on an entertaining show. With a set that was clearly well conceived and segmented into distinct acts, Lenny started the show with a frenetic pace and captured everyone’s attention with his hit song, “Fly Away,” and then kept the fast tempo going with the turn-of-the-century single, “Dig In.” His cover of The Guess Who’s “American Woman” kept the momentum going with its guitar solos, hard riff, and stage lighting changing colors to red, white, and blue. At the end of the song, the pace slowed drastically into a reggae beat, and the lighting changed to green, yellow, and red, while the horn section helped the tune transition into a few bars of Bob Marley and The Wailers’ “Get Up Stand Up.”

After an extended talk break to express to the crowd his messages of inclusiveness by saying, “We are here to participate in bringing forth love, God, and spirituality…” — as well as stating, “We were not made the same, but we were made out of love, and made to love” — Lenny played the only two new songs of the night. The first, “It’s Enough,” is arguably the most politically driven track on Raise Vibration. The opening lyrics of “.45 caliber in the face, shot him in the head because of his race” starts an eight-minute long song questioning many of today’s issues facing the world.

Listen to Raise Vibration by Lenny Kravitz on Spotify:

After current single, “Low,” Lenny went into the slower more sultry phase of the concert with songs “It Ain’t Over Til It’s Over,” “I Can’t Get You Off My Mind,” “Believe,” and “I Belong to You.” An introduction of the band members provided a quick break in action, but Lenny brought the energy back with the ripping “Always on the Run” and “Where Are We Runnin’?”

The encore consisted of two of Lenny’s classics, “Let Love Rule” and “Are You Gonna Go My Way,” with the first acting as Kravitz’s “Hey Jude,” and prompting a crowd sing-a-long with the song’s chorus for roughly 20 minutes. What could have felt prolonged and uninspired, however, turned out to be the influential moment of the night, as the energy of “Let Love Rule” felt cathartic and fulfilling at the end of the two-hour set. In this moment, Lenny even chose to leave the stage and walk a lap around The Anthem’s general admission floor to interact and sing along with his fans.

With one final thank you to the crowd, Lenny went to the security barrier at the front of the stage and spent several minutes signing autographs for those lucky enough to be within an arm’s reach. Despite achieving a seemingly unattainable level of cool, Lenny Kravitz left his fans with a feeling of peace, love, and a relatable hope for working toward a better tomorrow.