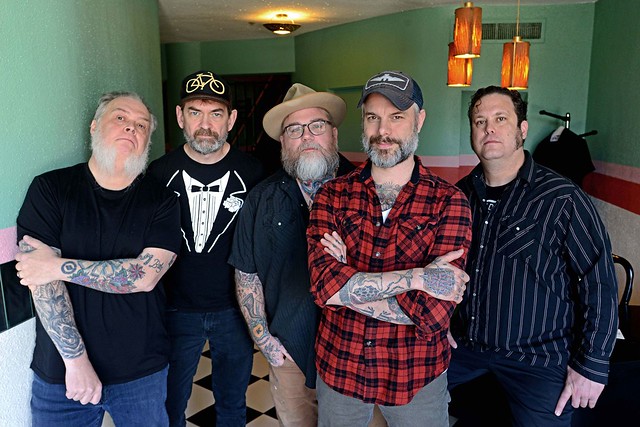 Memphis alt-country quintet Lucero recently released their celebrated new album Among the Ghosts, their first for Nashville indie label Thirty Tigers. The gents roll into 9:30 Club for a show on Sunday, Oct. 14.

Why so cinematic? On the new album, Ben Nichols took inspiration from his younger brother Jeff Nichols, an acclaimed filmmaker whose movies include Loving, Mud, Take Shelter, Midnight Special, and Shotgun Stories.

“We are very proud of where we are from and we’ve spent the last 20 years trying to bring a bit of our version of home to the rest of the world… It may have taken 20 years, but everything has fallen in place right where it needs to be. There were some dark days in those middle years, but we’ve learned how to do this and survive. We still write heartbreak songs, but now, with a family at home, it’s a whole new kind of heartbreak,” said Ben.