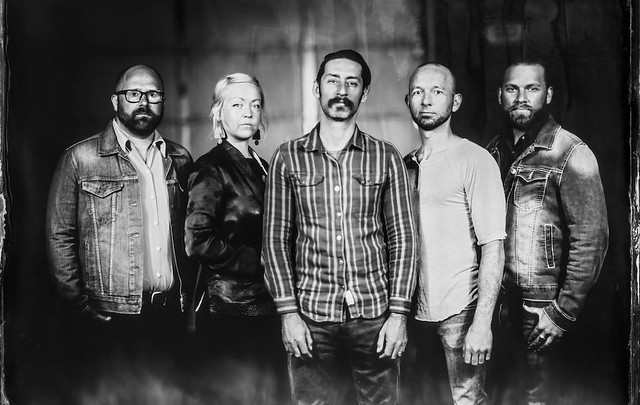 Indie folk rockers Murder by Death released The Other Shore, their eighth studio album, earlier this year, and they are charging toward a show at 9:30 Club on Friday, Oct. 12!

Murder by Death’s latest record is a space-western concept album about a ravaged Earth, its fleeing populace, and a relationship in jeopardy. The album begs the question, “Should you stick with what you have or risk it all to find something new?” Through 11 songs, the evolution of the band’s style is on display as it explores the characters of its story and the nature of the universe.

Recorded at La La Land in Louisville, Kentucky, by Kevin Ratterman (My Morning Jacket, White Reaper, Ray LaMontagne, Basia Bulat) and Anne Gauthier, The Other Shore sonically captures the mood of two lovers choosing separate paths, one who stays on Earth and one who leaves it.

Listen to The Other Shore by Murder by Death on Bandcamp:

Beginning in 2002, Murder by Death trailblazed an indie Americana sound with their debut album, Like The Exorcist, But More Breakdancing. The band mixes it up on the new album, exploring new styles across songs with folksy Midwestern indie rock (“Stone”) and piano-laden Leonard Cohen-style balladry (“Only Time”) to buoyant new wave recalling The Cure (“Bloom”), and celebratory jangly singalongs (“I Have Arrived”), according to a press release.