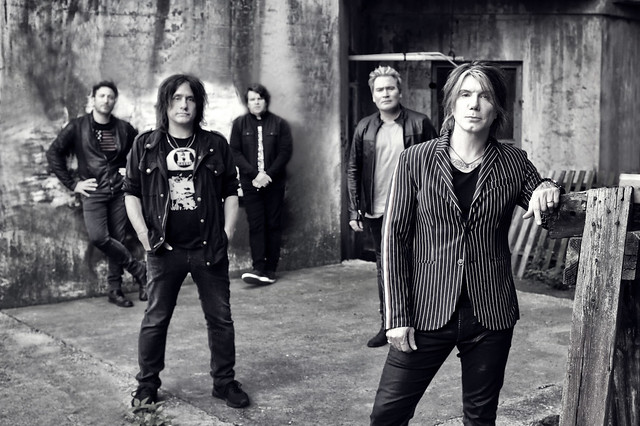 Alt-rockers Goo Goo Dolls hit The Anthem on Saturday, Oct. 13, in celebration of the 20 anniversary of their smash album Dizzy Up the Girl! The band will perform the album in its entirety, including of course hit songs “Dizzy,” “Slide,” and “Iris.”

Dizzy Up the Girl has sold more than 4 million copies (4x platinum certified). “Iris” immediately reached #1 on the Hot 100 Airplay chart upon its release from the City of Angels soundtrack, and the song stayed on top for 18 weeks, setting a record. “Iris” also reached #1 on the Billboard Modern Rock chart, the Adult Top 40, and Mainstream Top 40 chart, garnering three Grammy nominations.

Watch the official music video for “Iris” by Goo Goo Dolls on YouTube:

When Goo Goo Dolls found success with Dizzy Up the Girl, Stephen Thomas Erlewine of AllMusic said it suited them well. “Goo Goo Dolls actually sound better as a mainstream band,” rather than the college rockers they were previous to the smash, Stephen said.