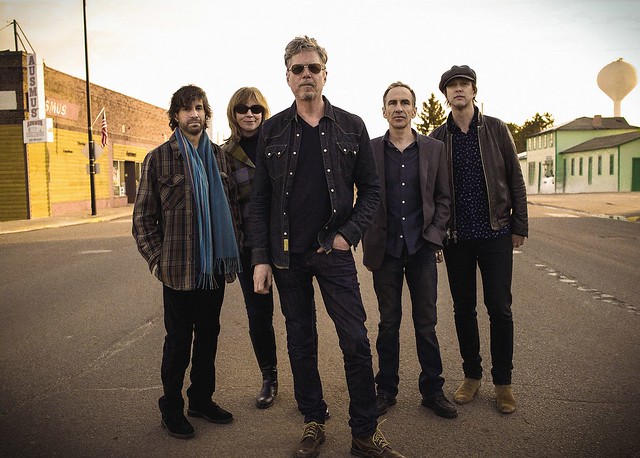 The Jayhawks released Back Roads and Abandoned Motels, their 10th studio album, in July via Legacy Recordings. The alt-country quintet arrives on the heels of that album to perform at The Birchmere on Thursday, Oct. 11.

Frontman Gary Louris and bassist Marc Perlman founded The Jayhawks in 1985, and they’ve been keeping things brewing over lineup changes. This year, longtime members Tim O’Reagan (drums) and Karen Grotberg (keyboards) are joined by new guitarist John Jackson to round out the band.

After releasing two indie albums in the ‘80s, The Jayhawks became a driving force behind the growing Americana movement in the early ‘90s. Combining the talents of singer-songwriters Gary Louris and Mark Olson, The Jayhawks released their major label debut, the acclaimed Hollywood Town Hall (1992) on the Def American. This was followed by Tomorrow the Green Grass (1995), which produced the alternative radio hit single “Blue.” Mark left the band for a solo career and Gary took over songwriting to produce albums like Sound of Lies (1997), Smile (2000), and Rainy Day Music (2003).

Watch the official music video for “Everybody Knows” on YouTube:

In a review for PopMatters, Ed Whitelock praised the new songs on Back Roads and Abandoned Motels.

“All of the classic signifiers of a Jayhawks album are here — the sublime harmonies, the folk-rock jangle, the wry takes on relationships, and an eye always tuned to the impermanence of things — but with Karen Grotberg and Tim O’Reagan each taking lead on two of the album’s cuts, the band plays with a looser confidence than they’ve previously captured in the studio,” Ed wrote.