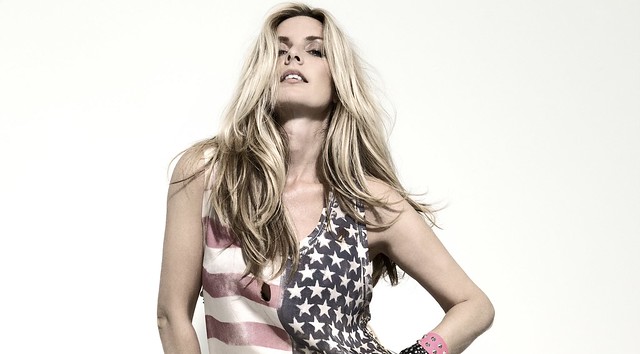 Dutch saxophonist Candy Dulfer released Together, her most recent solo album, in 2017, and followed that up with an autobiography, Sax, Candy & Rock-’n’-Roll (in Dutch only, but with an English version expected soon). Candy, who also was a frequent collaborator of Prince, will perform at The Birchmere on Thursday, Oct. 18.

Prince first collaborated with Candy on the 1989 single “Partyman” from the Batman film soundtrack. The next year, Candy released Saxuality, her debut full-length album, some versions of which featured the international hit “Lily Was Here,” recorded with Dave Stewart of the Eurythmics.

Candy continued to work with Prince, performing at the Grammy Awards and in concert tours. She became a member of New Power Generation during Prince’s Musicology Tour. Released in 2017, Together is Candy’s 12th solo album. Listen to “Together” by Candy Dulfer featuring vAn on YouTube:

“Dutch saxophonist Candy Dulfer continues to push boundaries with the release of her new album Together. The album was inspired by all that’s great in jazz, disco, soul, dance, and R&B, but is also a contemporary interpretation of what’s happening in music and the world today. Candy created a deeply personal and unique blend of musical genres and influences, bound together by her trademark sound, showcasing her extreme versatility,” said Smooth Jazz Daily in a review of Candy’s latest album.