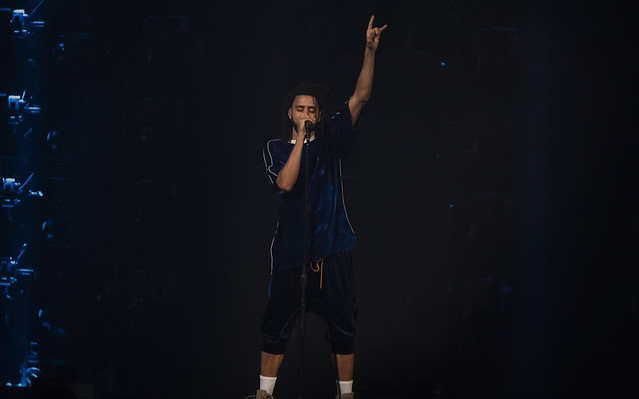 Kids On Drugs. King Overdosed. Kill Our Demons. The words written in a crude scrawl hung over the stage prior to Jermaine Cole’s performance earlier this week at the Capital One Arena. The Fayetteville, North Carolina rapper, better known as J. Cole, gave a powerful performance that delved into weighty topics.

The banner with the words that spelled out the meaning of J. Cole’s latest album, KOD (2018), fell to the ground as the lights went dark. The crowd exploded into cheers when the shadows gave way to the stage lights shining on a solitary figure. The rapper known for shunning guest features on his albums appeared alone. No entourage. No hype man.

He stepped onstage to the KOD album intro, but ironically J. Cole’s first verses of the night were from the album’s outro, “Window Pain.” The lyrics about hurt and regret struck at the core of the introspective nature of KOD, which is about addiction and personal demons.

The path of righteousness has proven treacherous for countless hip-hop artists. There have been many emcees that have disappeared into obscurity or sacrificed the fortunes that could’ve been gained by dumbing down their lyrics. J. Cole is unique in that he can rap with substance and still fill arenas. He has distanced himself from the trap rap sub-genre that’s dominating airwaves, but he gave fans a taste of his rapid-fire flow over trap like hi-hat patterns on “ATM,” and “KOD.”

The reclusive rapper had a surprise cameo appearance during his performance of “Neighbors,” from the 4 Your Eyez Only (2016) album. An image of BBQ Becky, the woman eviscerated on social media after calling the police on a black family’s barbecue, appeared on video screens as Cole rapped, “I guess the neighbors think I’m sellin’ dope…”

The 33-year-old conscious rapper was eager to impart wisdom to the crowd during song interludes. He spoke about mental health, taxes, pain, and not giving up on dreams. The myth of the overnight success was bullshit, he told the crowd.

J. Cole has come a long way since The Warm Up mixtape (2009). That was around the time that he began to win the hearts and minds of underground hip-hop fans. There was no stopping him after the 2010 Friday Night Lights mixtape.

During the show he performed “Work Out,” “Can’t Get Enough,” and “Nobody’s Perfect,” from his breakout debut album Cole World: The Sideline Story (2011).

Artists, like parents, aren’t supposed to have favorites. Yet, they do. J. Cole shared with the audience that out of all of the songs that he has written, “Love Yourz,” from the 2014 Forest Hills Drive (2014) album, was his personal favorite. The song was about being grateful for the life you have. “There’s no such thing as a life that’s better than yours,” he sung to the rapt Capital One Arena audience.

Others songs performed during the show included:

Here are some photos of J. Cole performing at Capital One Arena on Oct. 8, 2018. All photos copyright and courtesy of Will Colbert. 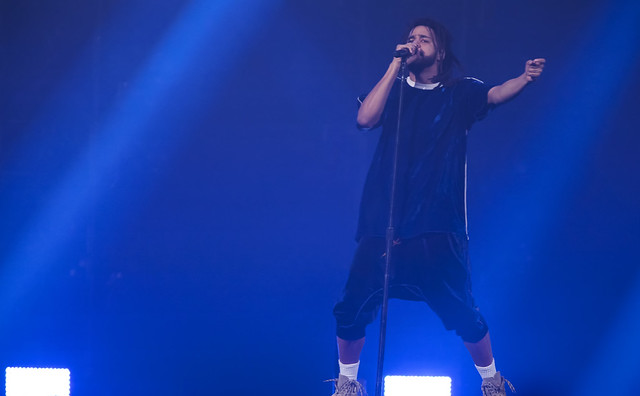 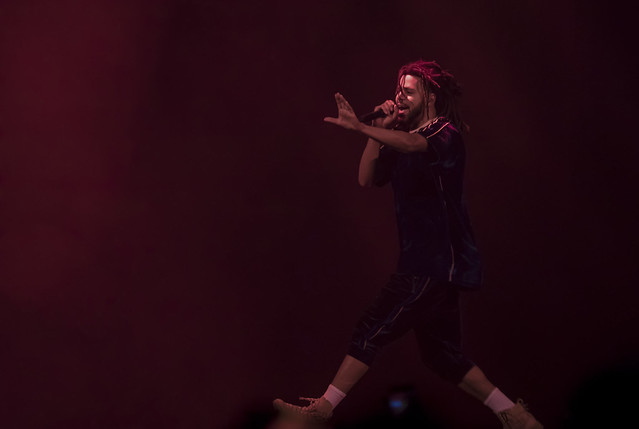 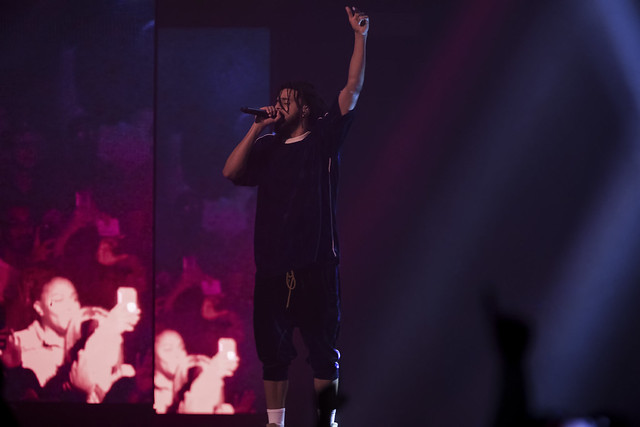 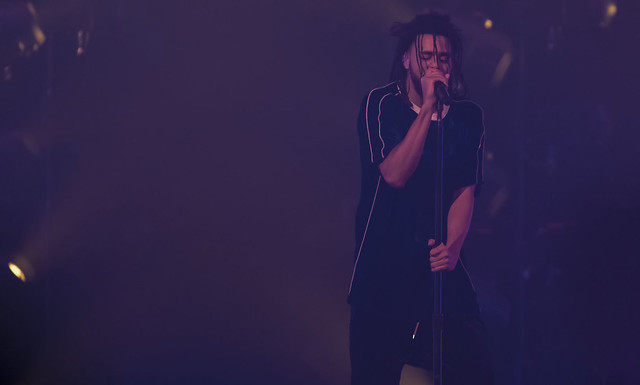 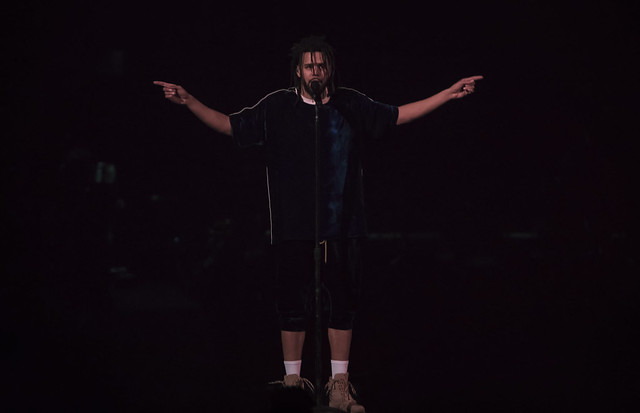 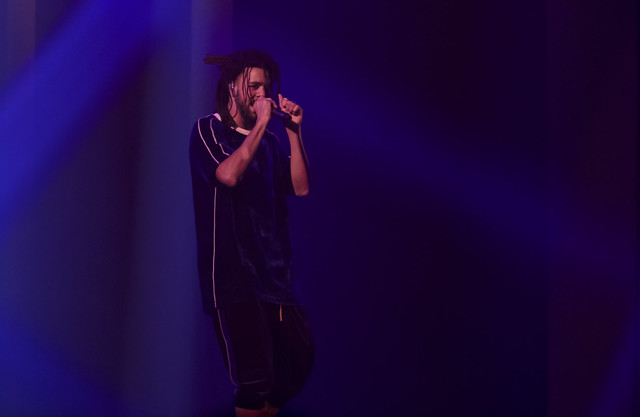 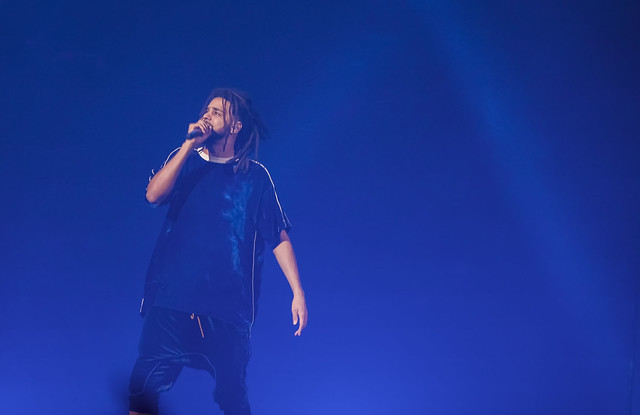 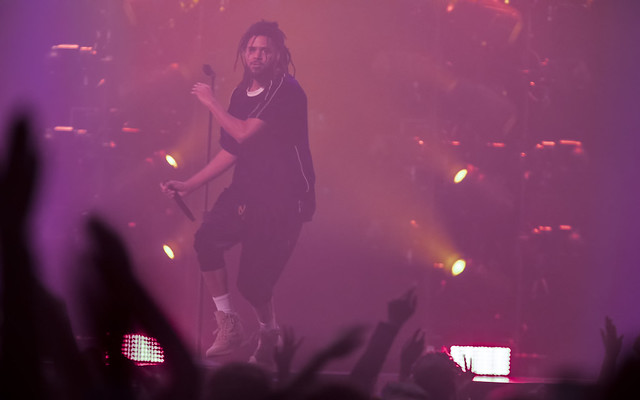