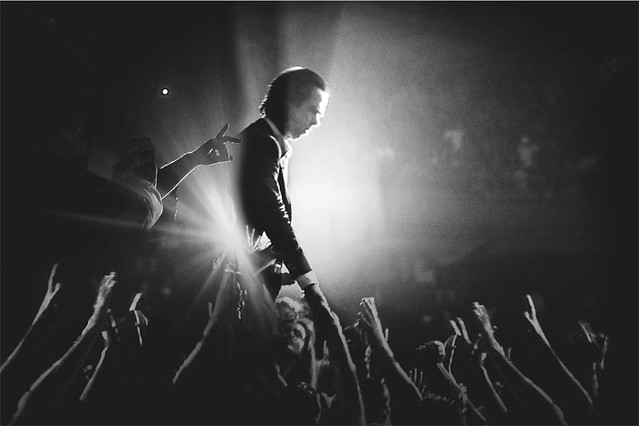 Watch the Nick Cave & The Bad Seeds perform “From Her to Eternity live in Copenhagen on YouTube:

“Nick Cave has always been a different beast on stage than in in the studio — he paces the stage lithely in his black leisure suit and locks his piercing eyes with any fan who dares look his way. He seems unpredictable and electric as he and his cadre of Bad Seeds transform their songs into something more daring or more vulnerable, depending on the track,” Kory wrote.

Witness the transformation yourself when Nick and company perform at The Anthem. Buy your tickets online.