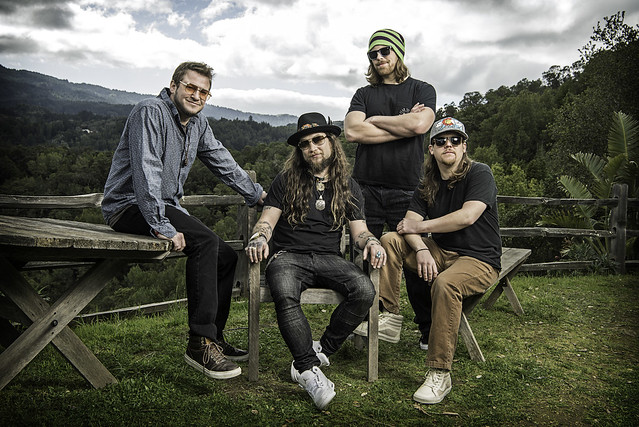 Jam band Twiddle released Plump Chapters 1 and 2, a double album, in 2017, and the Vermont quartet have been touring nonstop. They notch another show with a performance at 9:30 Club on Friday, Oct. 26.

For last year’s double album, Twiddle remastered the lead single, “When It Rains It Pours,” to include the popular song on the release.

“‘When It Rains It Pours’ has always resonated with our fans,” said Twiddle frontman Mihali Savoulidis. “We have received many messages on how it has personally impacted our fans’ lives, so we wanted to bring its message to as many ears as possible.”

Watch a lyric video for “When It Rains It Pours” by Twiddle on YouTube:

After seeing Twiddle perform, Bob Lefsetz of The Lefsetz Letter couldn’t get enough of the band.

“I heard that reggae beat interwoven with electronic elements and damned if I didn’t get it. I had to stop and listen,” Bob said. Of their masterful playing, he added, “They’re MUSICIANS!”

Don’t miss out on the jam. Buy your tickets online.