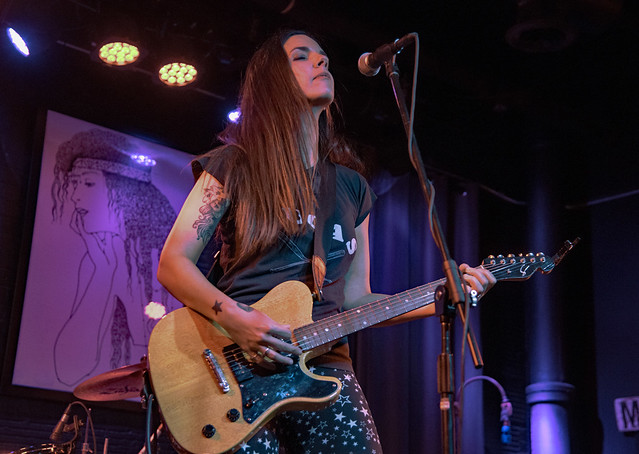 I’d never seen Gypsy Sally’s so packed. I counted no less than four members of the media who turned to cover Sarah Borges and fellow roots rockers the Bottle Rockets recently. We were well rewarded, because Sarah can flat out rock.

Fun fact about Sarah Borges: Borges is pronounced with a hard “g” sound, like the “g” in “grow” or “begin.” That’s because Sarah is Portuguese, a third-generation native of the Boston suburb of Taunton.

Sarah showed her diverse musical tastes and range in her set at Gypsy Sally’s on Oct. 18. She opened her set with “House on a Hill,” from her recently released album, Love’s Middle Name. It’s a love song, a plaintive rocker about a deteriorating relationship with “my blue-eyed boy.”

Stream Love’s Middle Name by Sarah Borges and the Broken Singles on Spotify:

For her next song, Sarah played a duet with her producer and and guitarist, Eric “Roscoe” Ambel, “Get as Gone Can Get,” also from the new album. Roscoe has played and produced for a number of artists, including Steve Earle and Nils Lofgren. He’s also responsible for the famous opening guitar riff on Joan Jett’s “I Love Rock and Roll.” The rhythm section from the Bottle Rockets also joined Sarah. Mark Ortmann played drums and Keith Voegele sang and played bass. After the duet, Sarah let Roscoe take over. He played his “Song for the Walls.”

Taking back the stage, Sarah played “Caught by the Rain,” from her 2016 EP, Good and Dirty. She followed that with a cover of “Lucky Rocks” by Brennan Leigh and Noel McKay then “I Can’t Change It.” Both are included on Love’s Middle Name.

Transitioning to her roots mode, Sarah next “Daniel Lee.” “Daniel Lee” first appeared on Silver City in 2005. This led to a hard country turn with “Loose Talk,” a song made by famous by Buck Owens.

Without losing a beat, Sarah went straight into a hard, hard rock number. “Tendency to Riot” appears on the Good and Dirty EP. After that, Sarah turned it back over to Roscoe, who played one of his songs, “Massive Confusion,” an equally powerful tune.

To finish her set, Sarah went with a cover of the J. Geils Band song, “Cry One More Time.” This song is perhaps better known for having been recorded by Gram Parsons, who, in the late beginning in the late ’60s with The Byrds, and then leading his own groups and in solo projects until his death in the early ’70s, was one of the artists to pioneer a distinct genre of country-rock.

This was a ground-shaking, applause-raising set. I could feel the drumbeat and the beat pouring out through amps, and the crowd was eating it up. Sarah and Roscoe jumped into in the merch room after their set, and they looked constantly busy there. I’m not surprised, and they deserve it. They put out a hell of an album, and they put on a hell of a show. Sarah can pull off hard country, rock, pop, Americana; she has a ton of talent, and deserves every bit of recognition she gets.

Here are some pictures of Sarah Borges performing at Gypsy Sally’s on Oct. 18, 2018. All photos copyright and courtesy of Mark Caicedo. 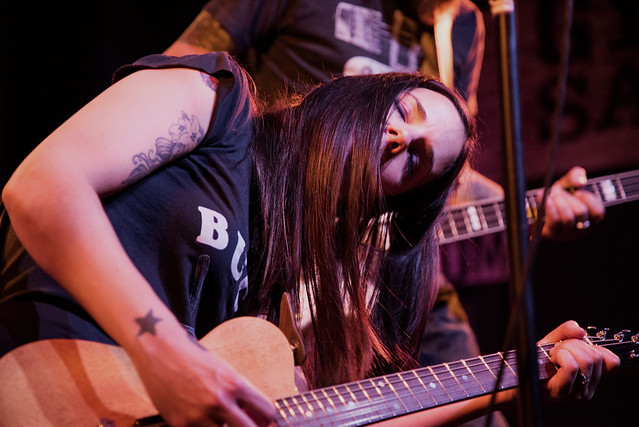 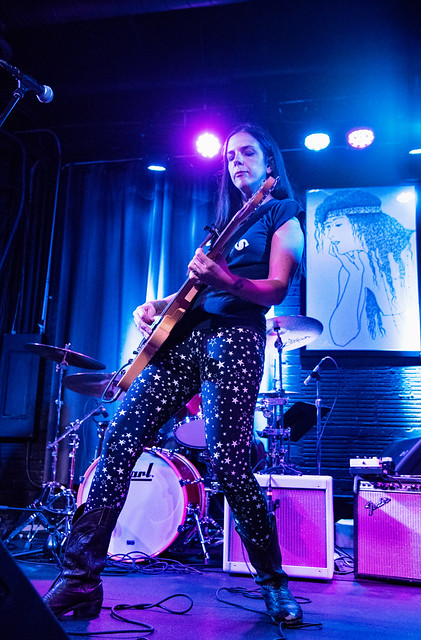 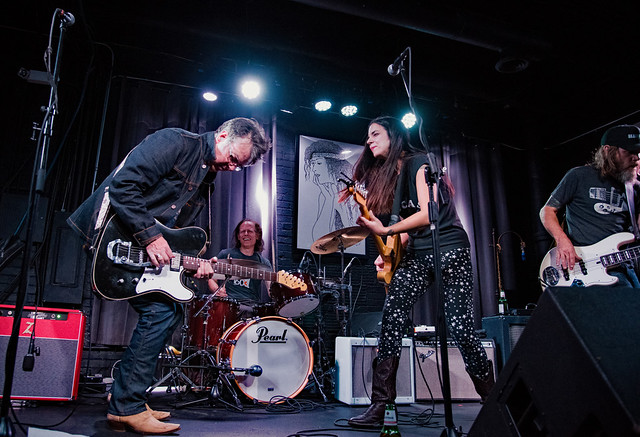 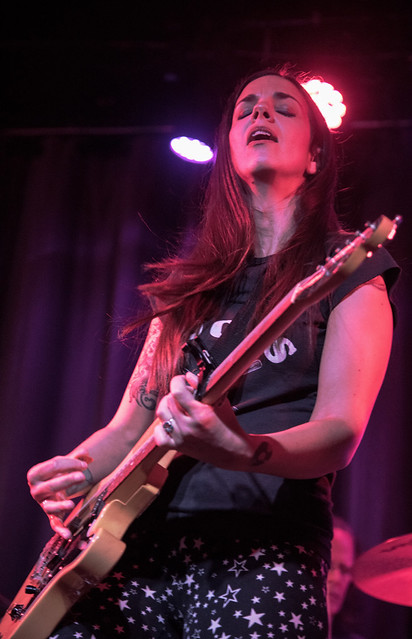 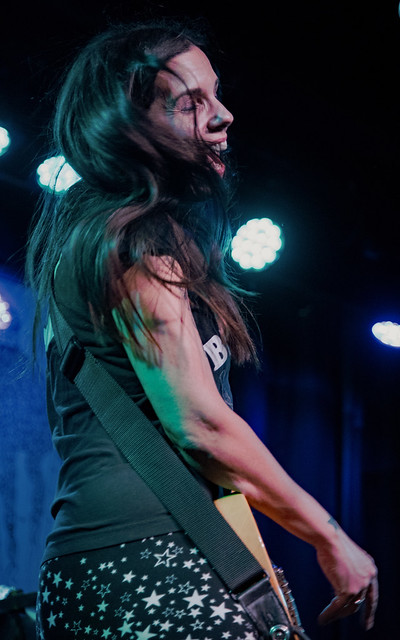 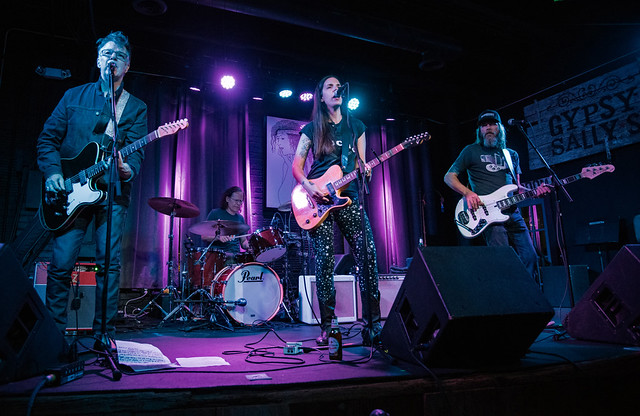 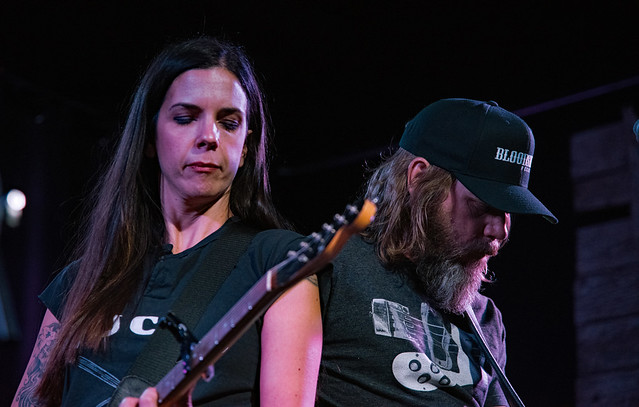 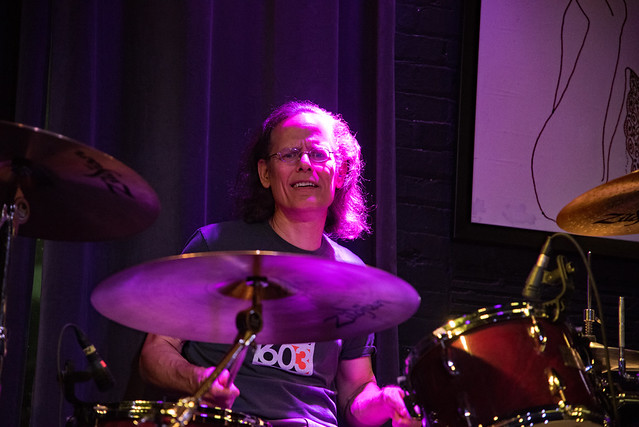 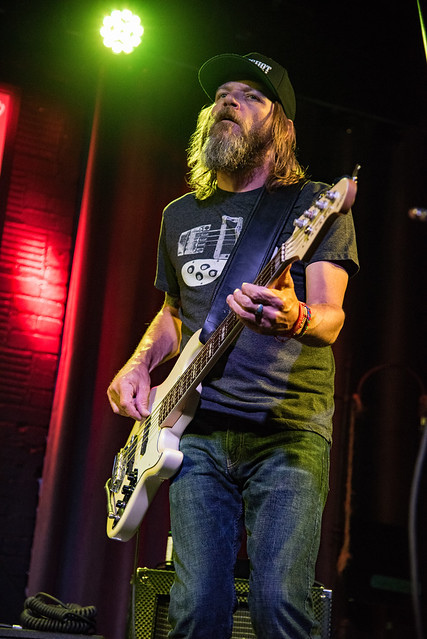 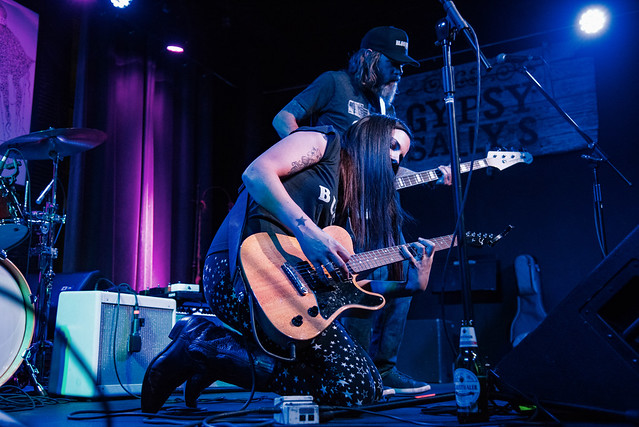 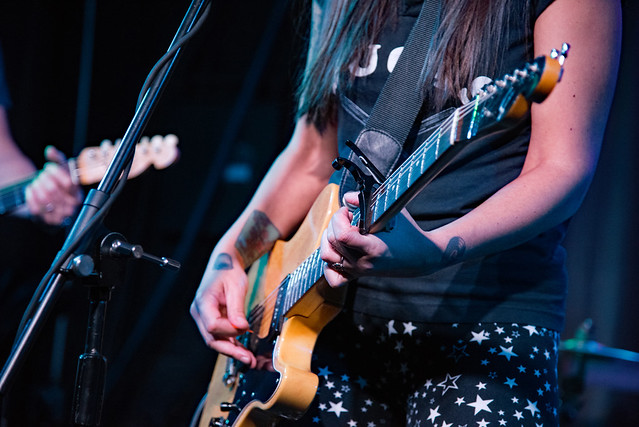