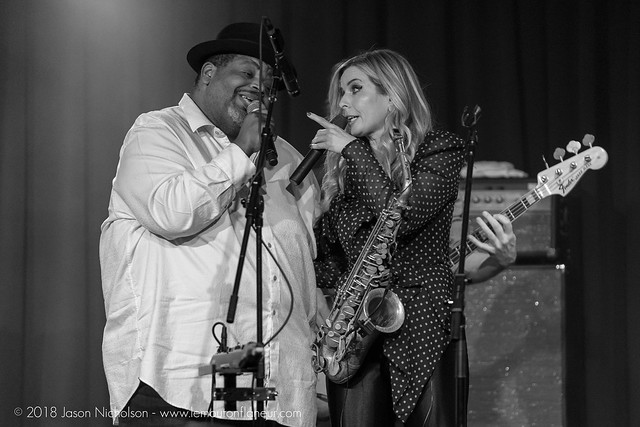 Candy Dulfer (right) performs at The Birchmere on Oct. 18, 2018. (Photo by Jason Nicholson)

Candy Dulfer was a former member of The New Power Generation, Prince’s backing band, but the Dutch saxophonist had a solo career before officially joining the band. She released Together, her most recent album, last year, and she dropped by The Birchmere to play new songs, old songs, and cover songs recently.

On Oct. 18, Candy and her bandmates thrilled admirers at The Birchmere with her innovative instrumentation. Jason Nicholson took some pictures of the show, and as you can see the lady was having as much fun as the audience.

Stream Together by Candy Dulfer on Spotify:

Candy wrapped her US tour, but she returns in February for the Smooth Jazz Cruise, which departs from Fort Lauderdale, Florida. Check her out when you can! Here are some photos of Candy Dulfer performing at The Birchmere on Oct. 18 2018. All photos copyright and courtesy of Jason Nicholson. 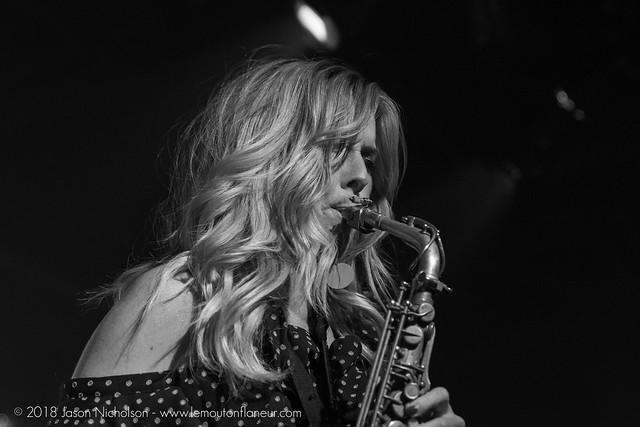 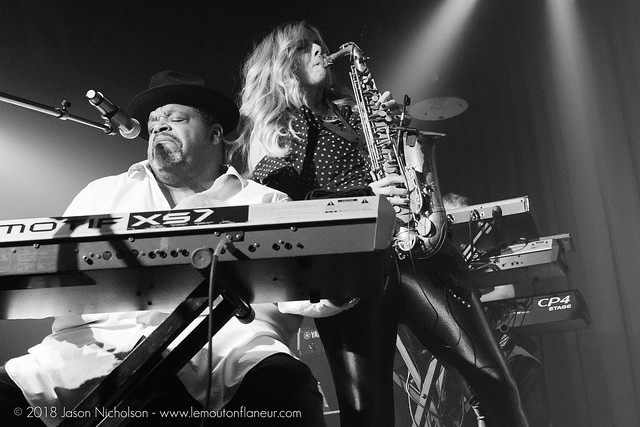 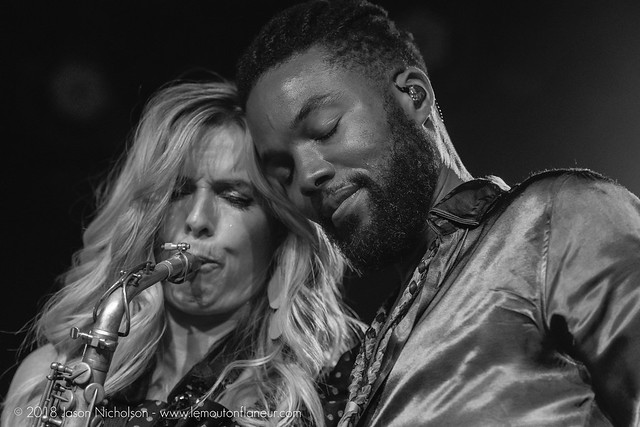 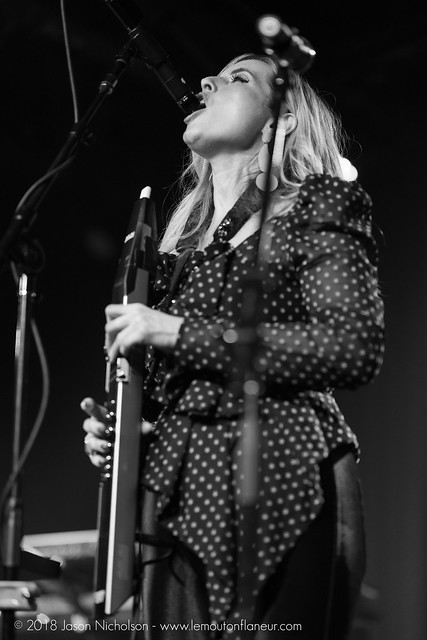 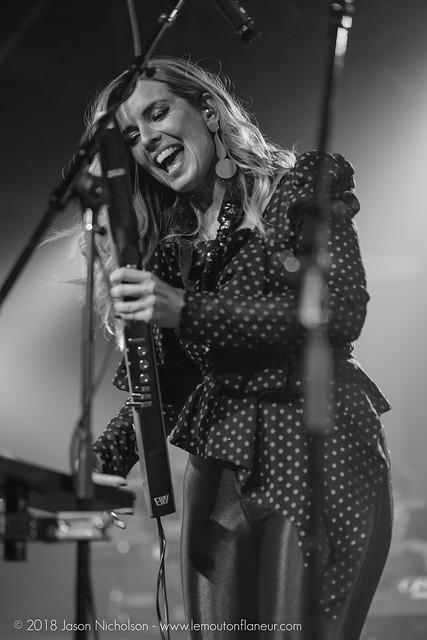 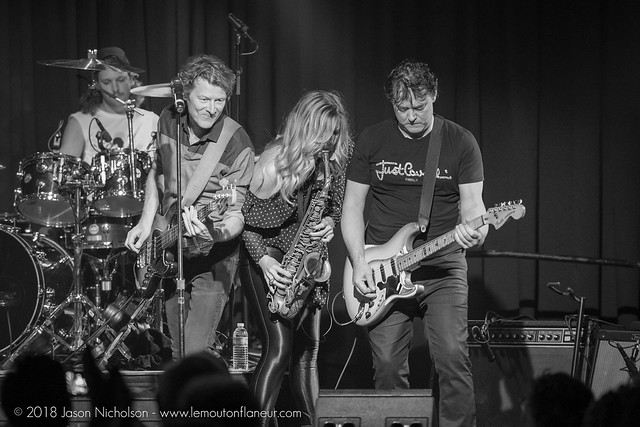 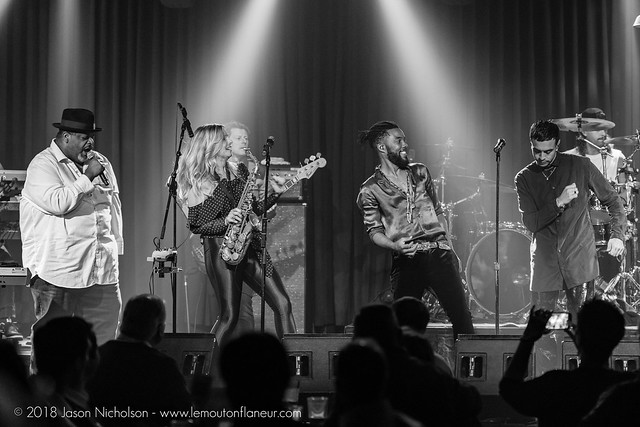 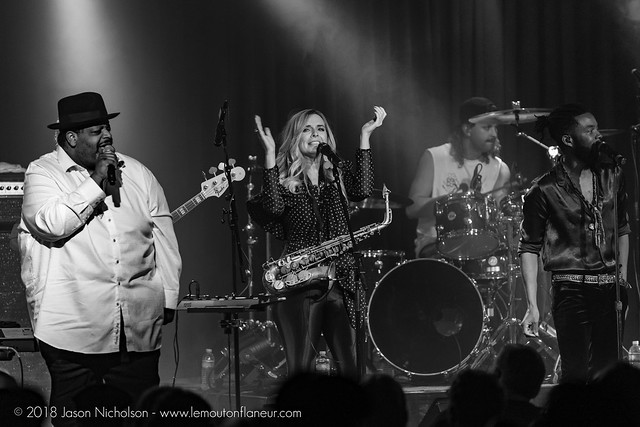 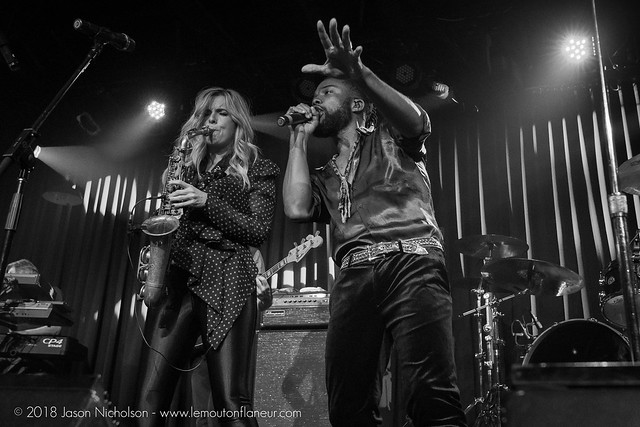 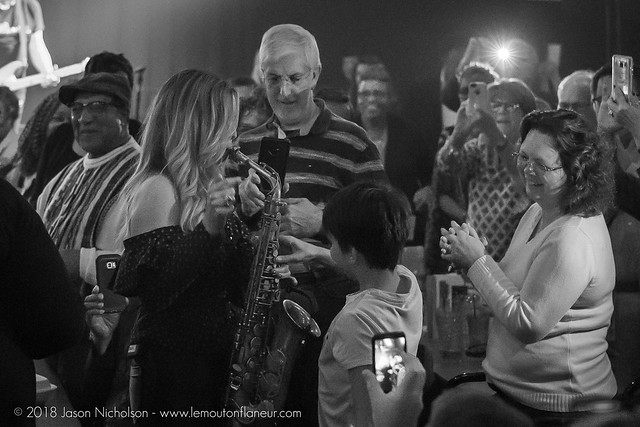 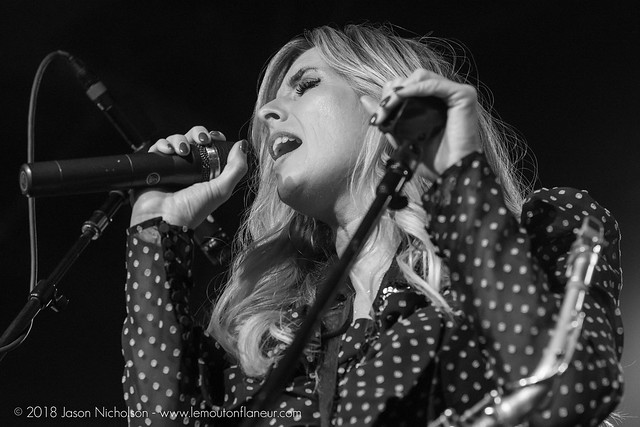