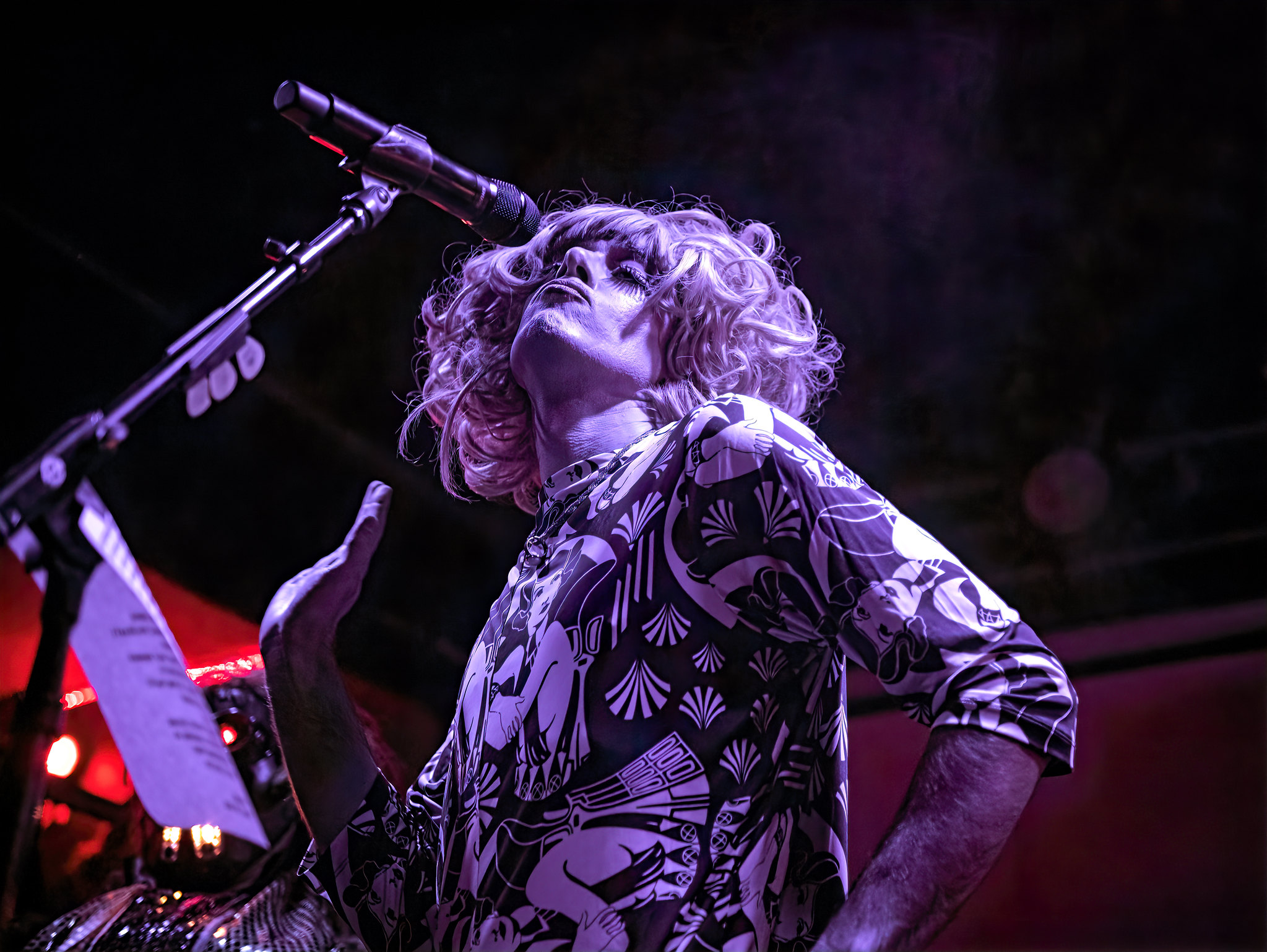 I’ve had the great fortune to see Of Montreal nearly 20 years ago at the Ottobar’s old location in a little alley near Baltimore’s City Hall. And each time I see them, it’s totally different. Each year seems to bring with it new costumes (I’ll get into that in just a moment), themes, and spectacle. And on Wednesday night, to a completely packed Ottobar, Of Montreal took the stage to amaze an audience anew. 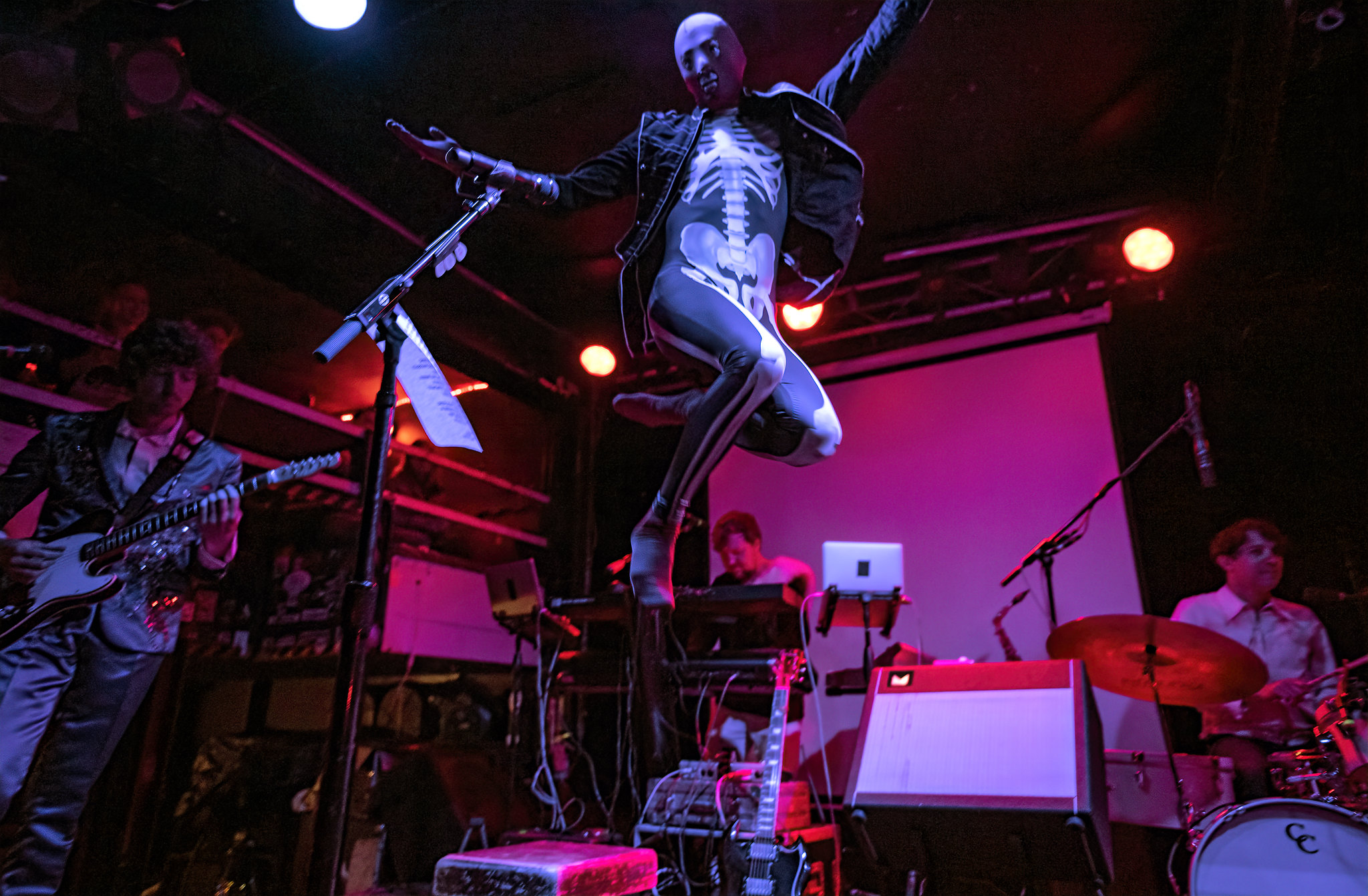 The evening started with the band taking the stage sans Mr. Barnes, playing a rousing introduction, just as a mysterious figure dressed in a skeleton costume (David Barnes) leapt across the stage to tell the crowd just what they were about to experience.

Stream White Is Relic/Irrealis Mood by Of Montreal on Spotify:

“I like him, you love him… Welcome to the stage, Of Montreal!” And as the the skeletal MC left the stage, Kevin Barnes walked on dressed in costume with blonde wig and mini-skirt, shortly followed by a trio of silver creatures with glowing eyes as they all danced through tracks from the recently released White Is Relic / Irrealis Mood and 2016’s Innocence Reaches LP.

But that wasn’t all! As the band continued, Kevin left the stage only to return dressed in a jersey and baseball cap and after a few bars giant puppets joined the rest of the band to bounce about, playfully interacting with the crowd. 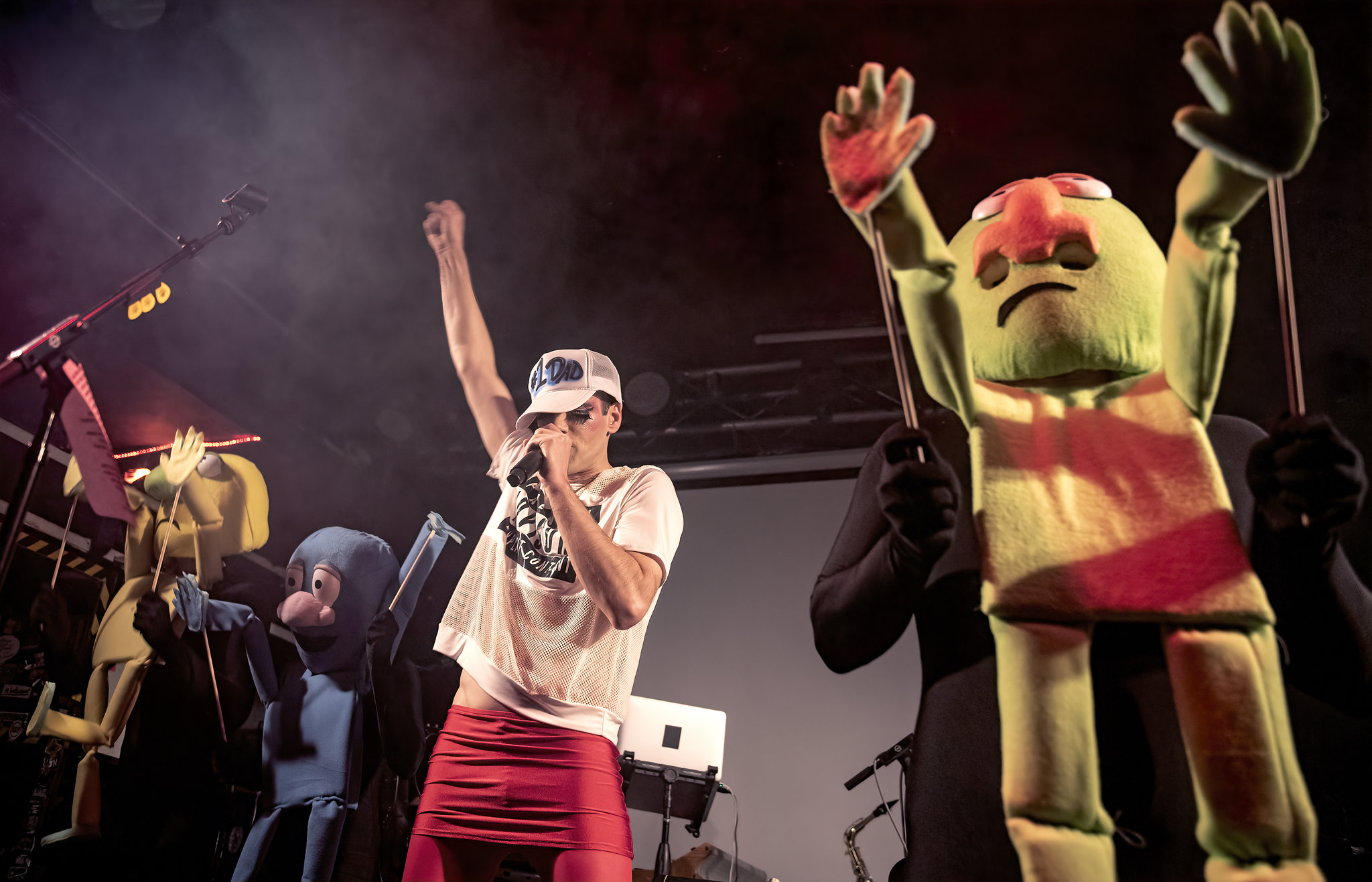 In the next act, Kevin came out again in a green wig and robe along with more creatures, devils, and dancers to tease and thrill the crowd. And that quickly changed to include huge sugar skulls waving back and forth to “Forecast Fascist Future” and “The Party’s Crashing Us Now,” one of the highlights of the evening.

As the show neared its conclusion, one of the performers crowd surfed across the dance floor back to the stage as confetti cannons popped off at the last song, “She’s a Rejecter.” It was an amazing spectacle that left this crowd wanting more.

Of Montreal continues their tour through the end of November. One of the best live shows around, you owe it to yourself to check them out here.

Encore:
What the Hell

Here are some photos of Of Montreal putting on an amazing show at The Ottobar on Oct. 24, 2018. All photos copyright and courtesy of David LaMason. 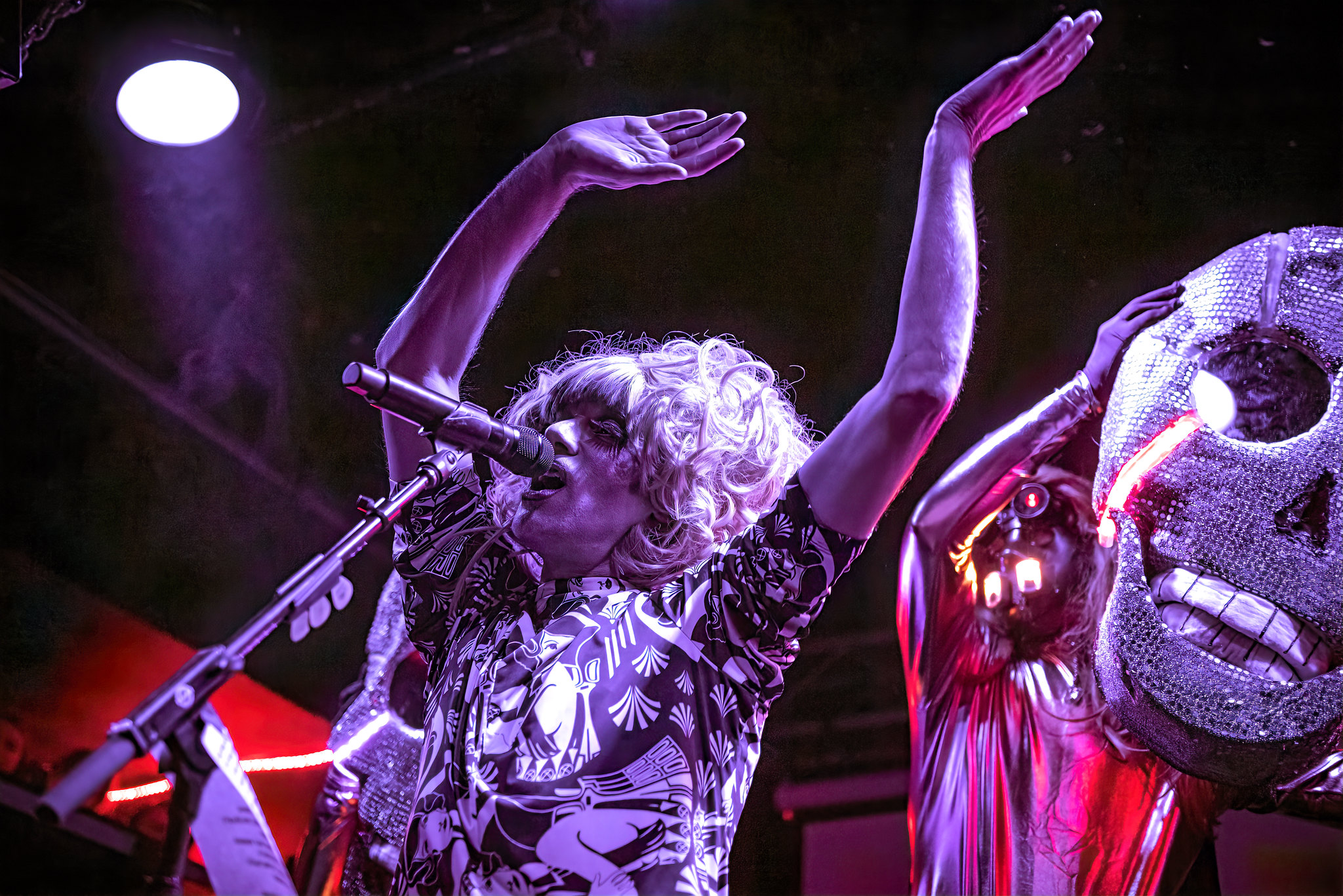 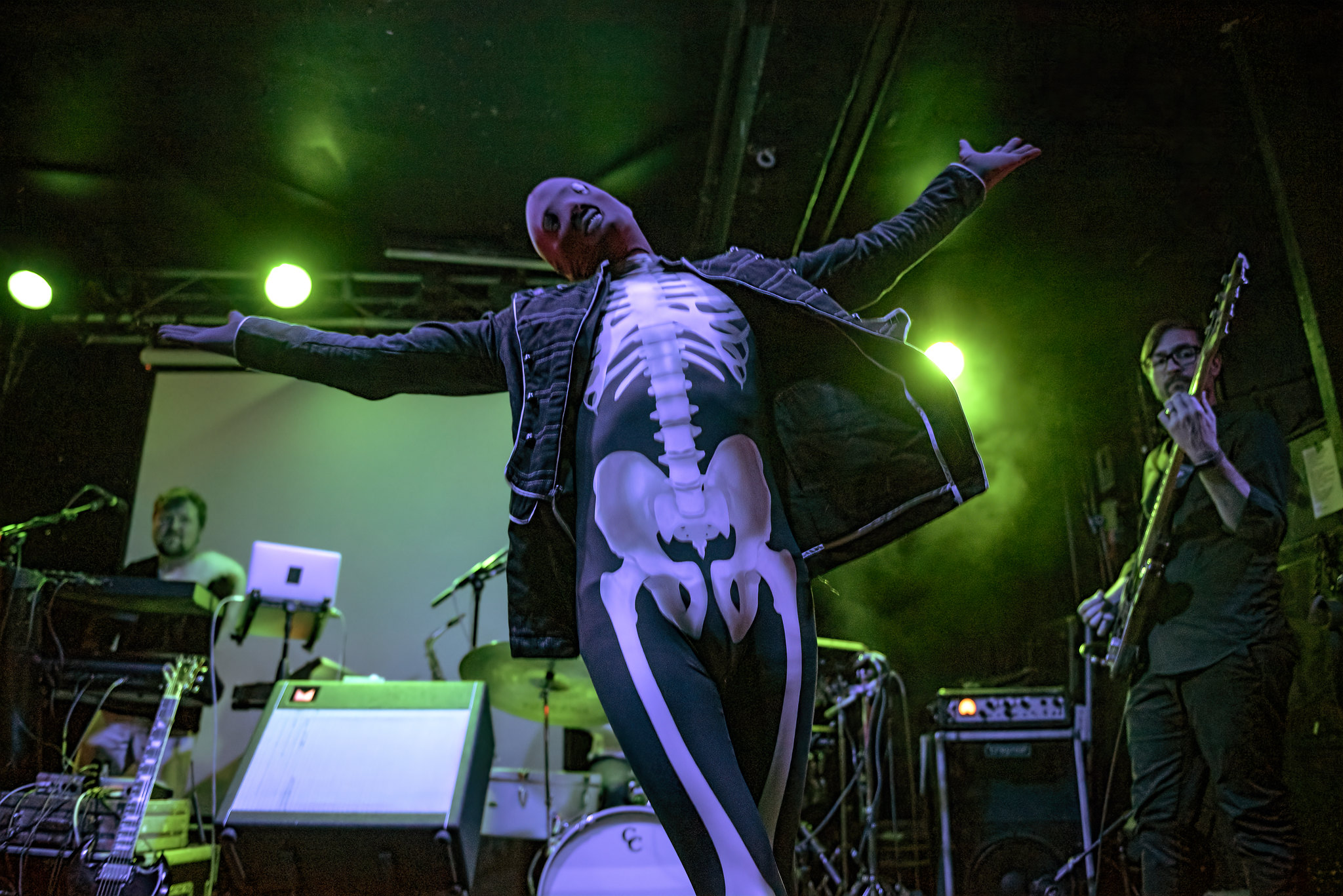 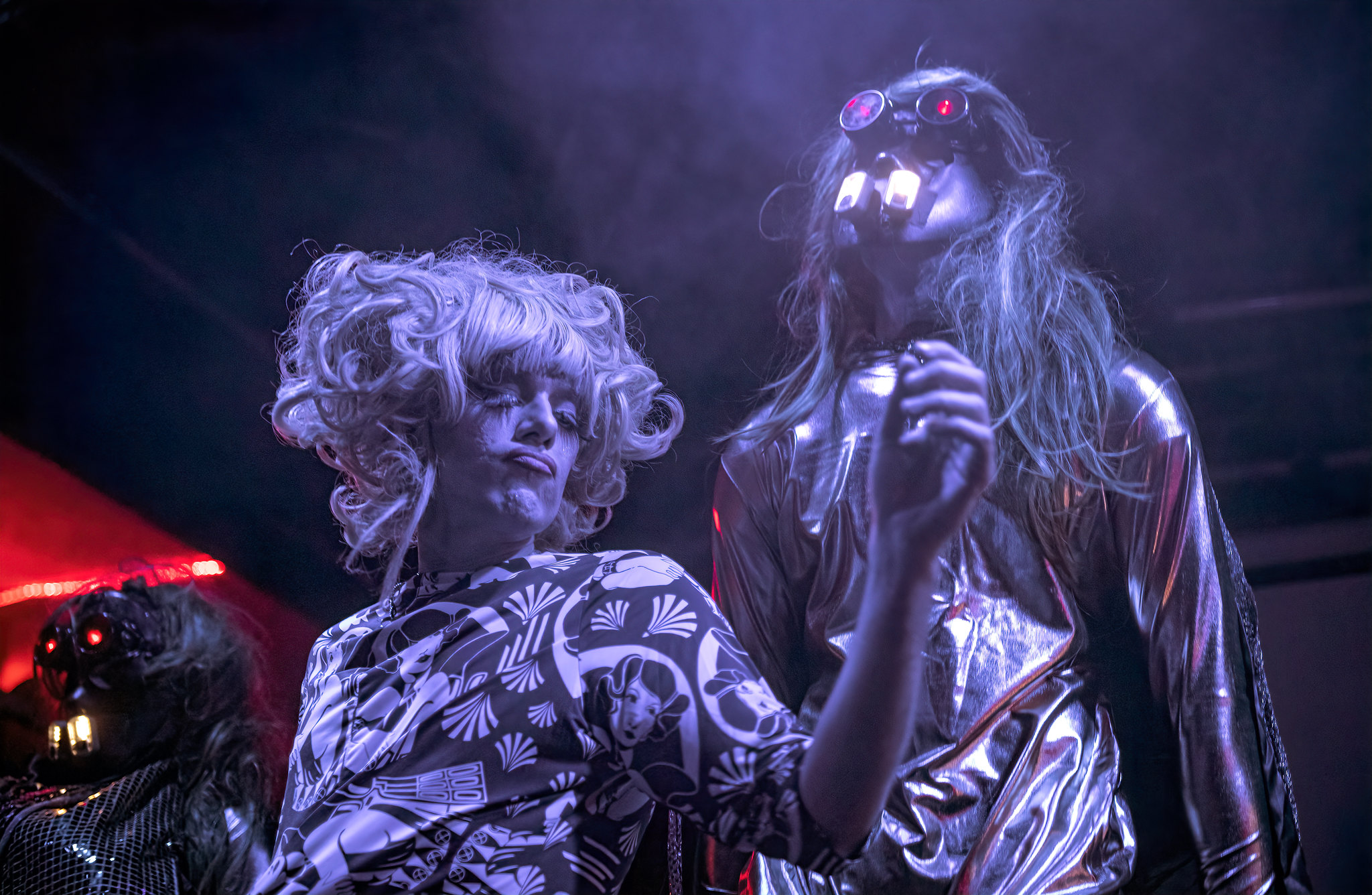 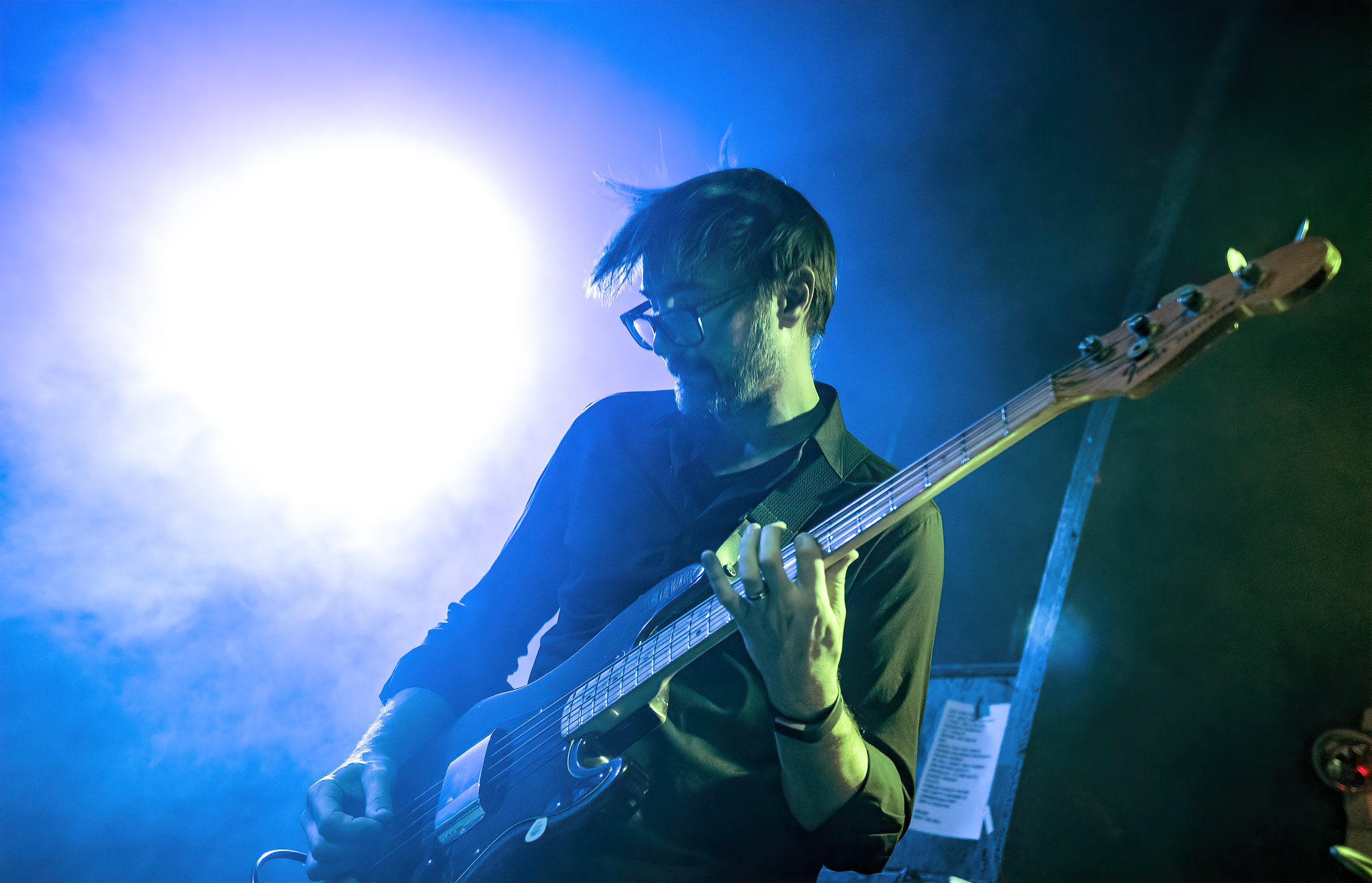 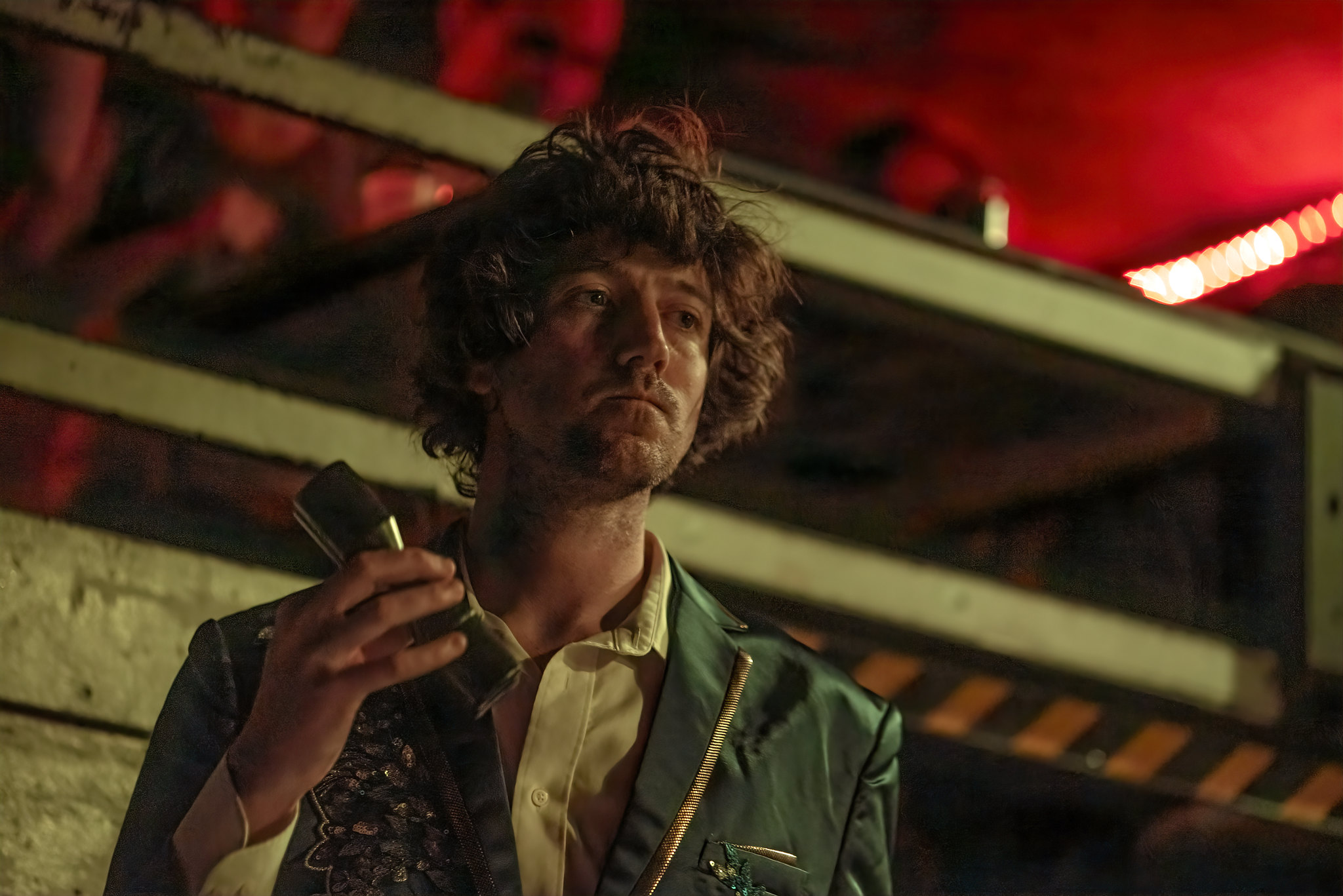 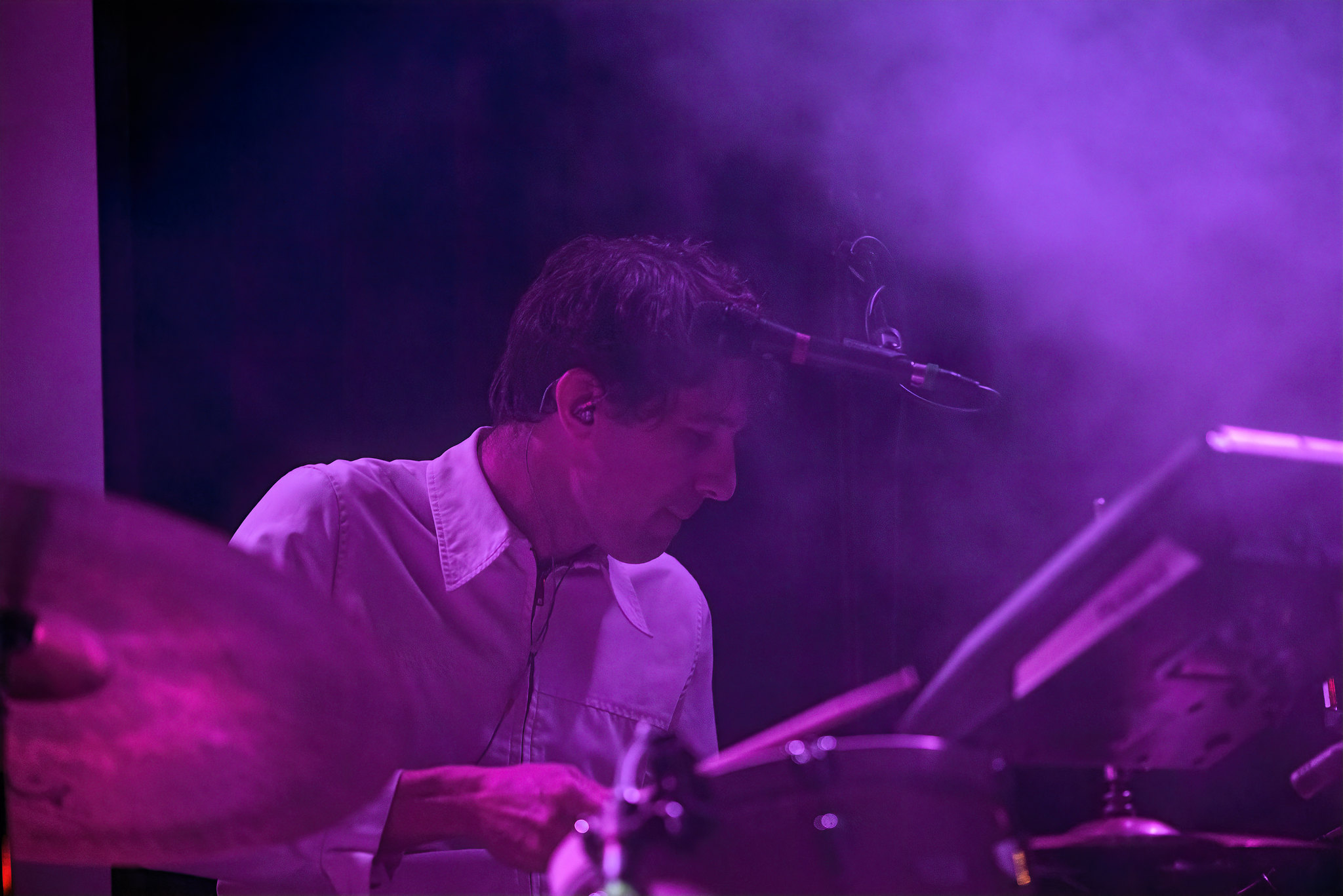 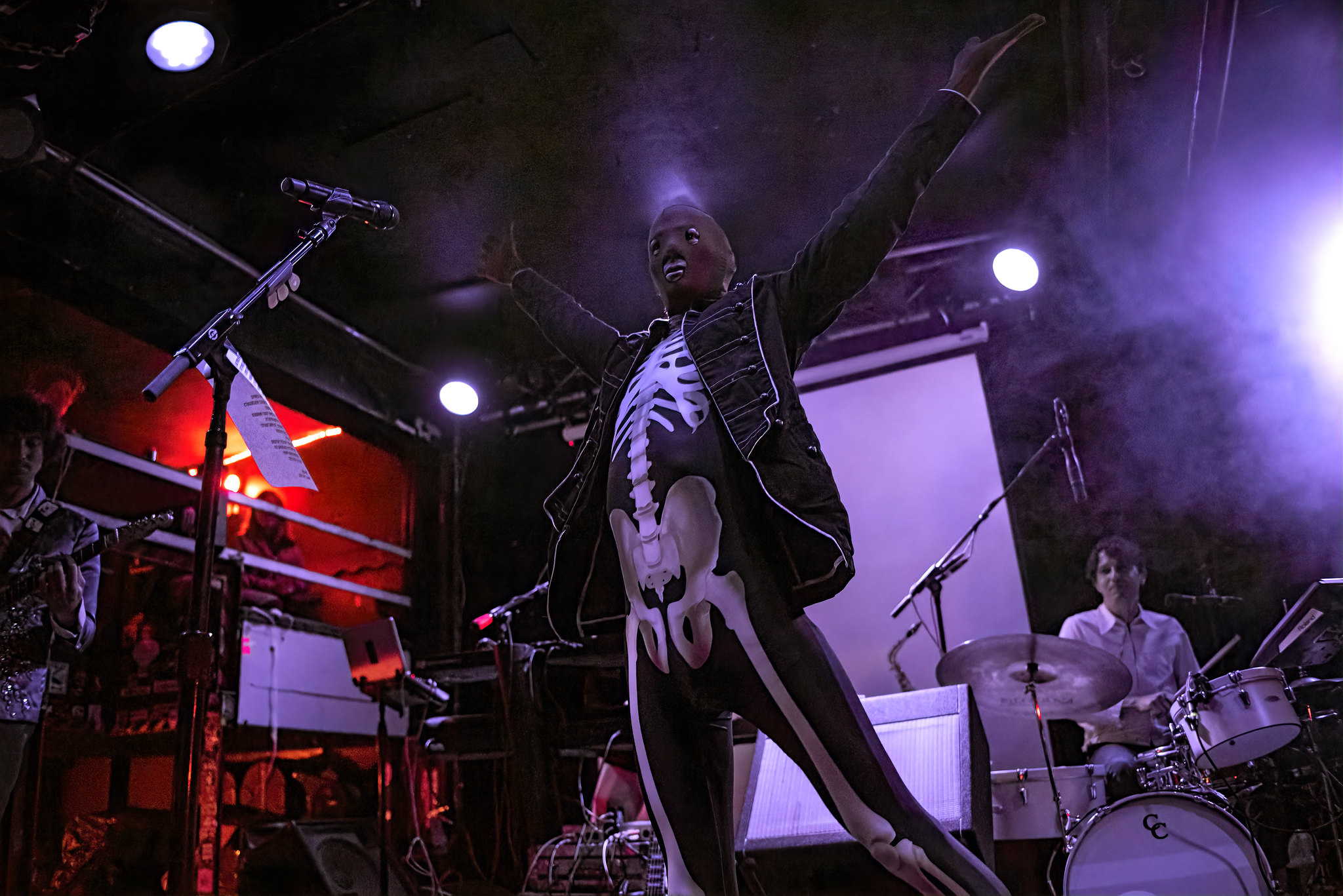 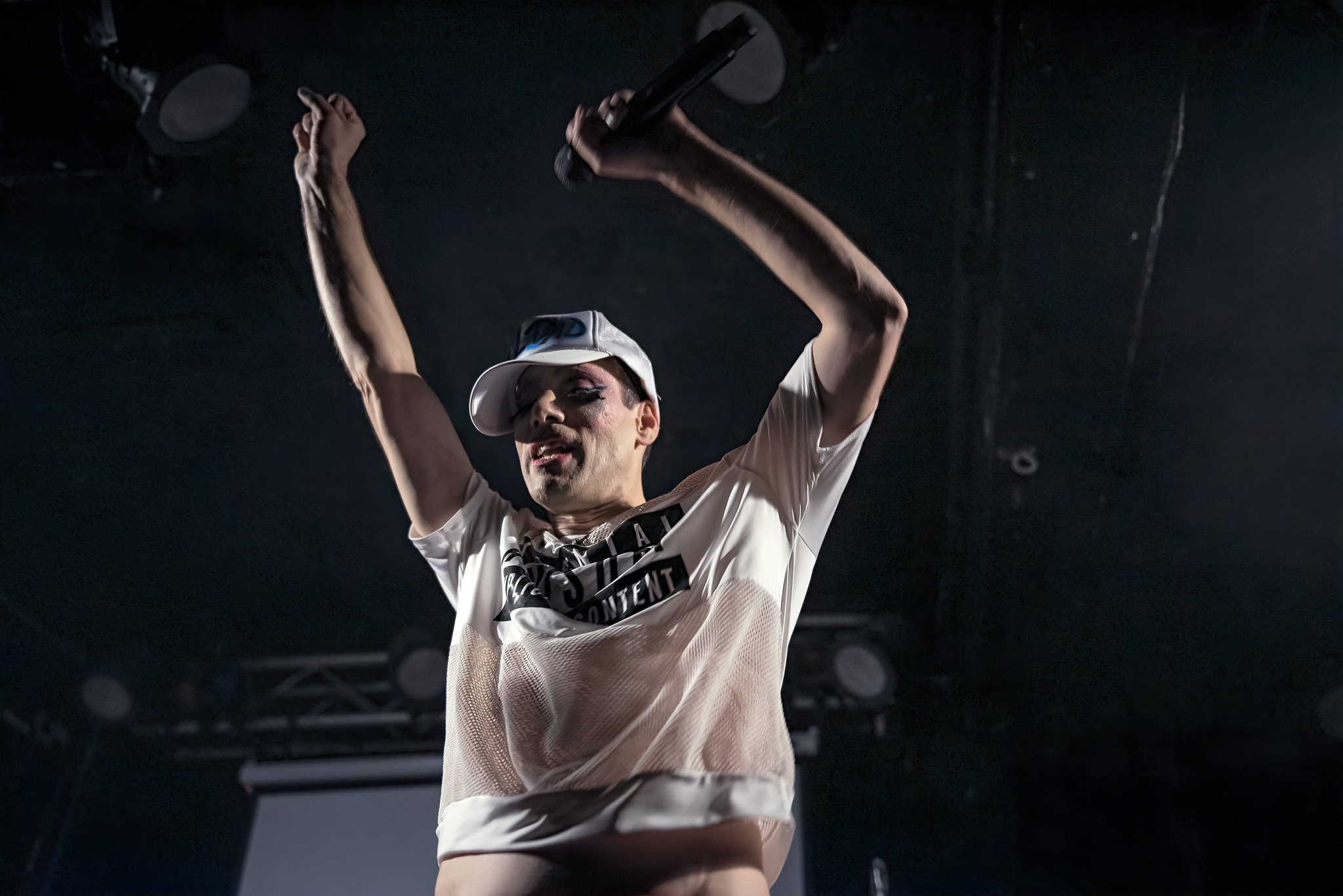 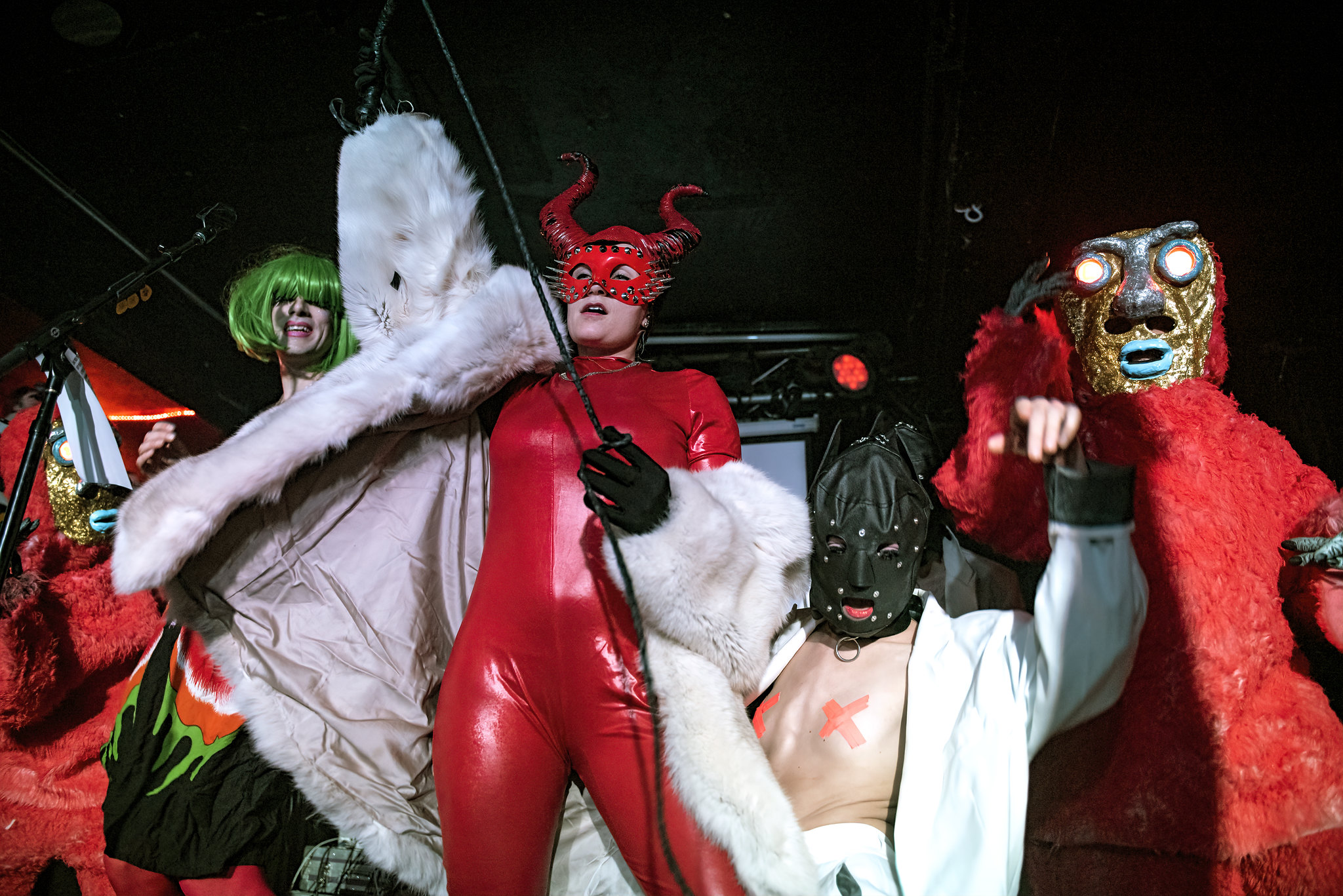 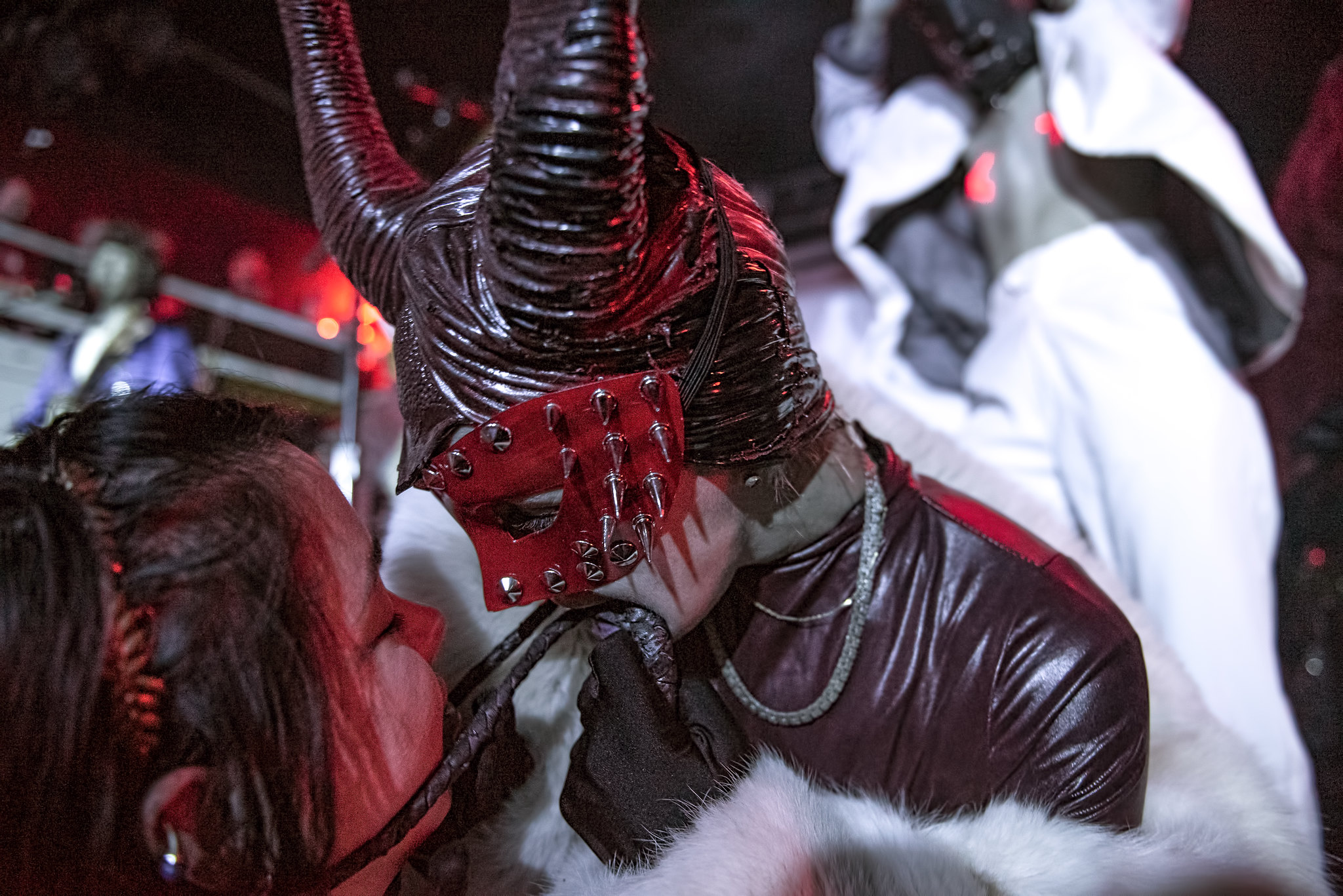 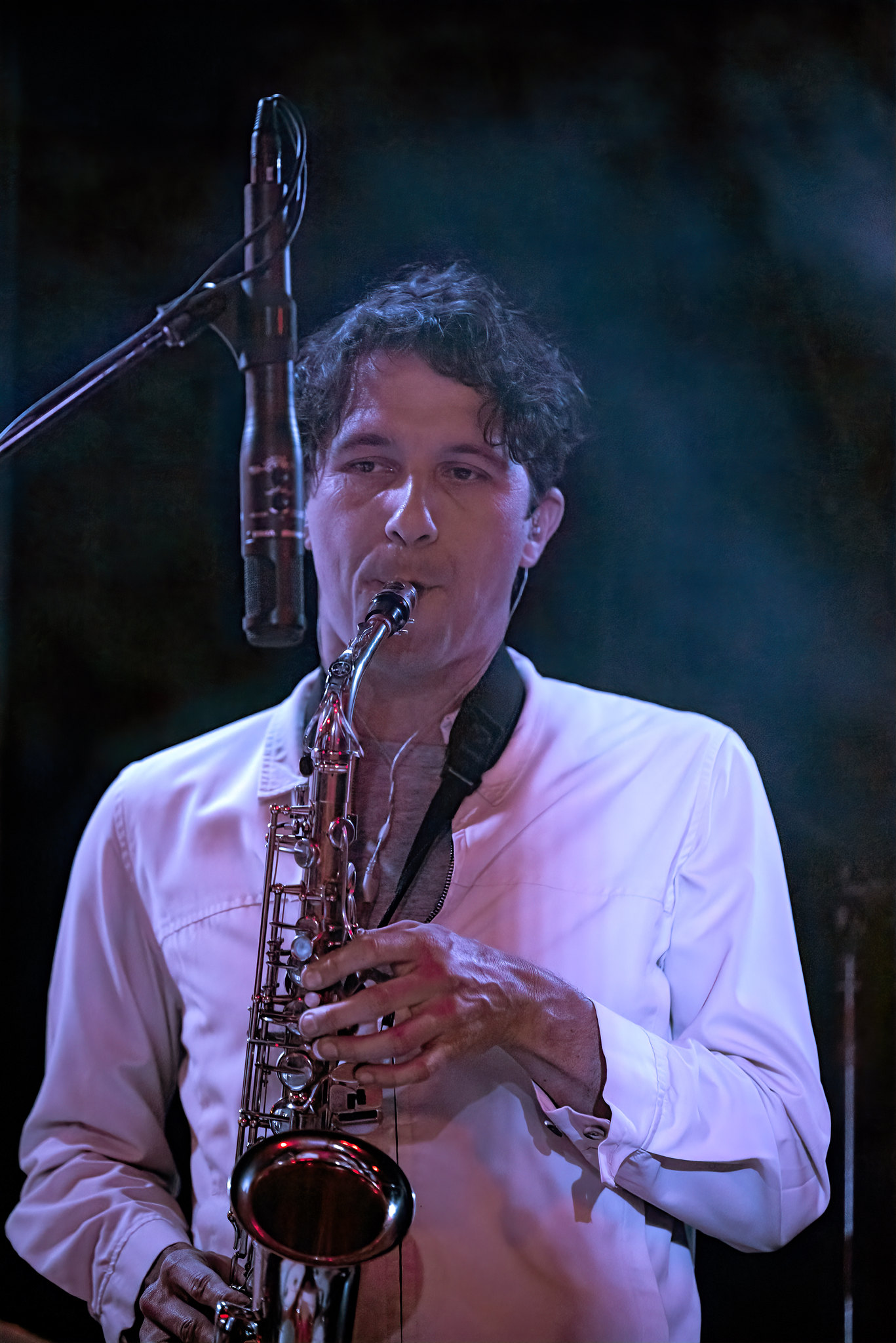 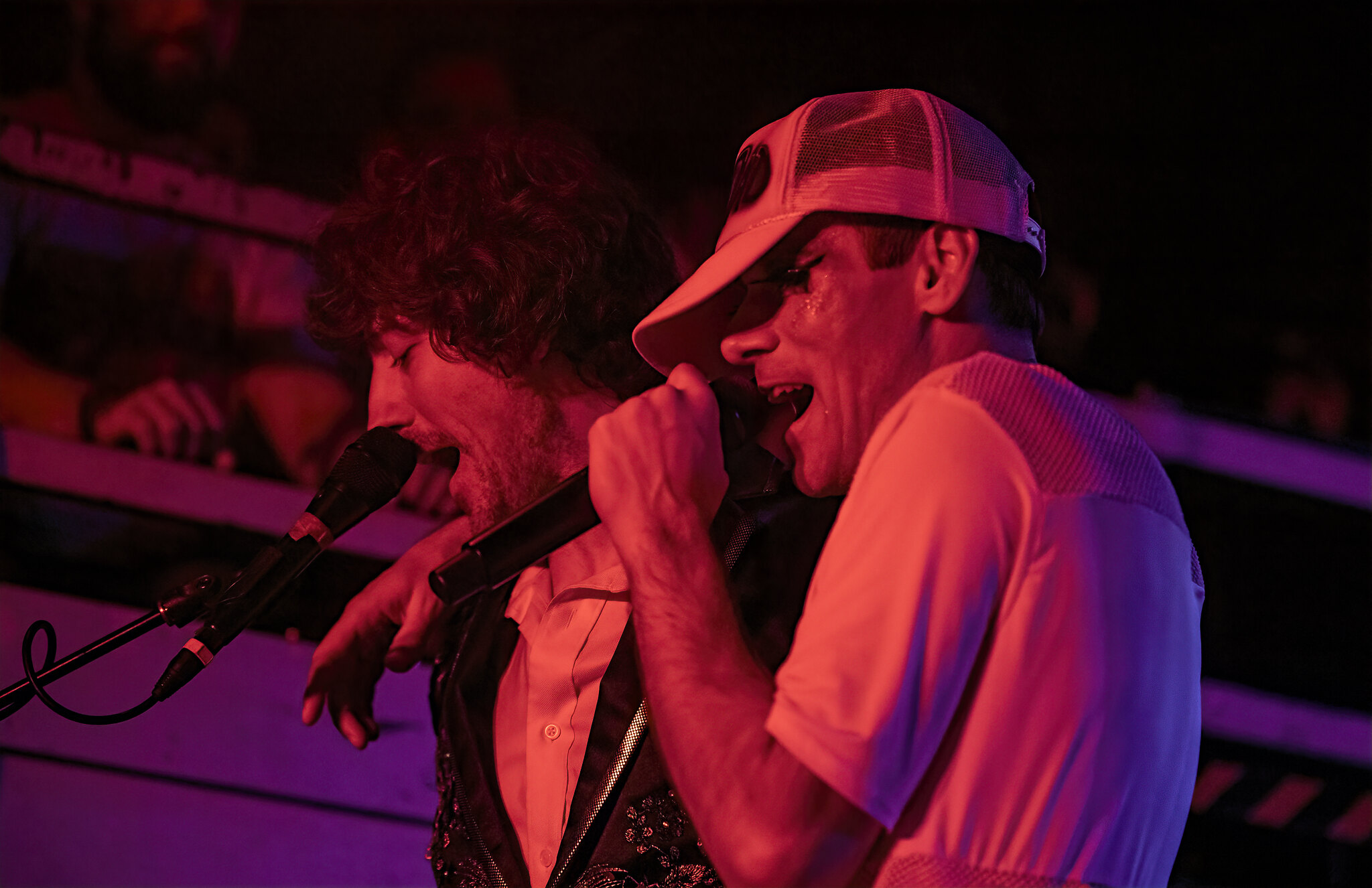 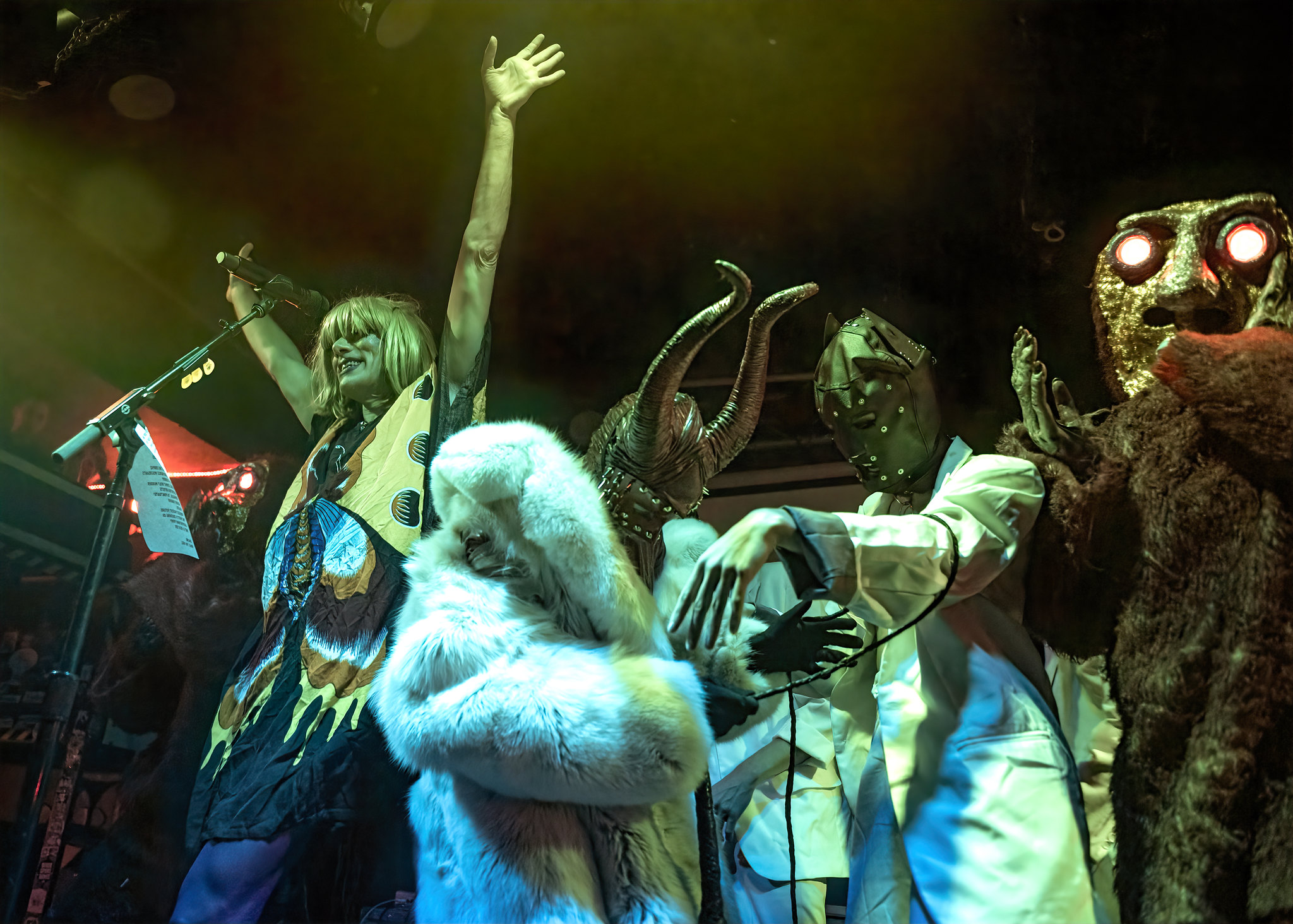 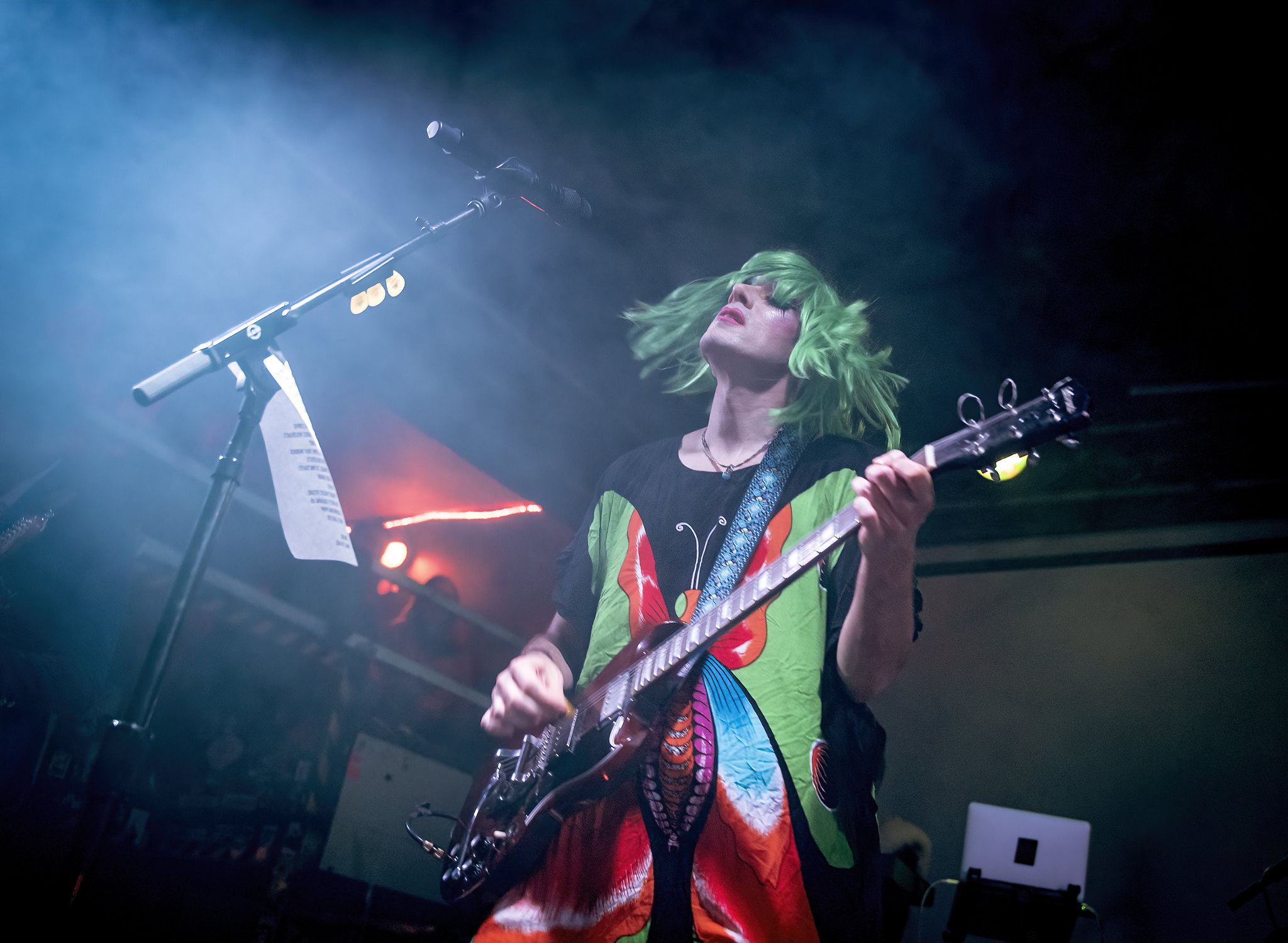 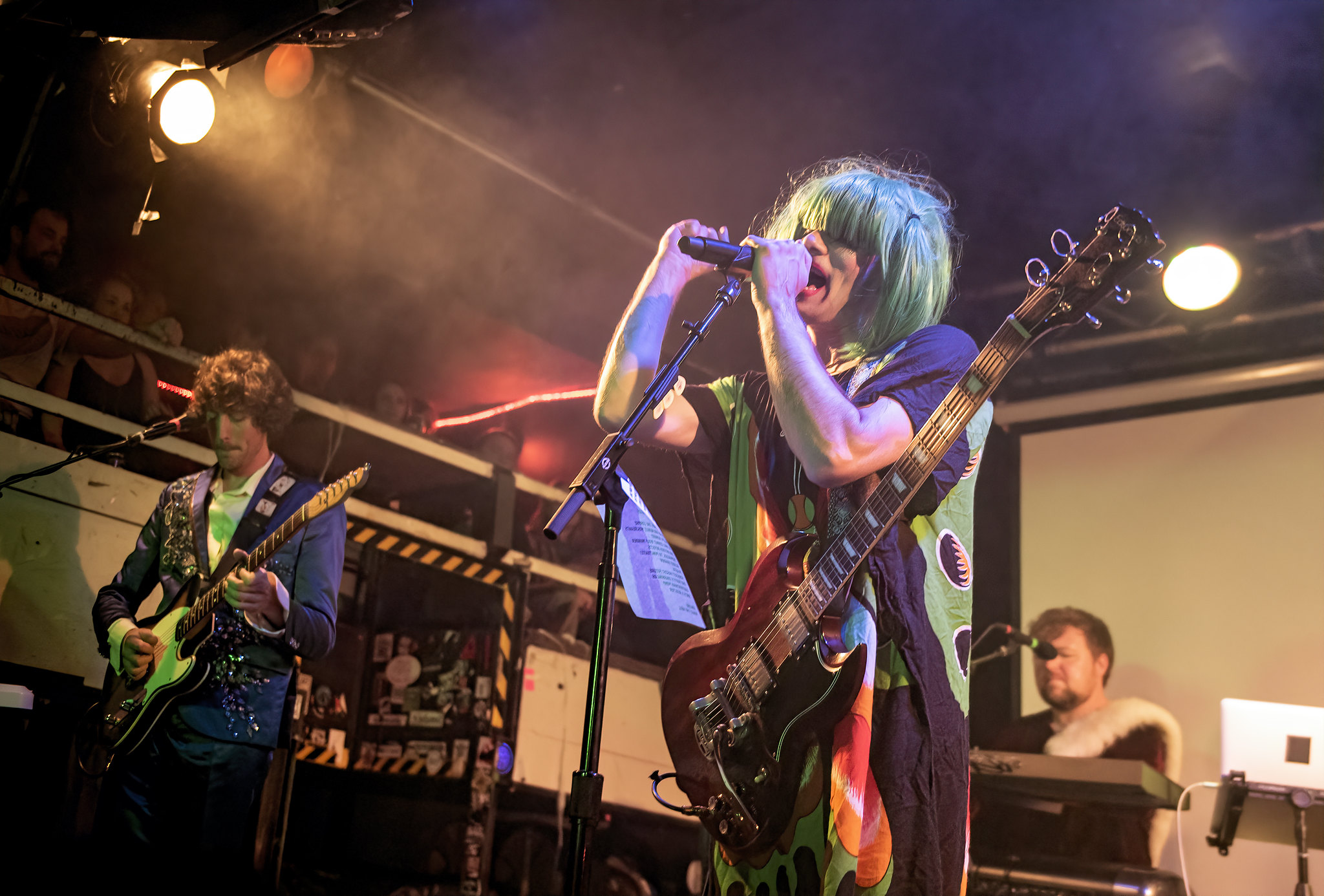 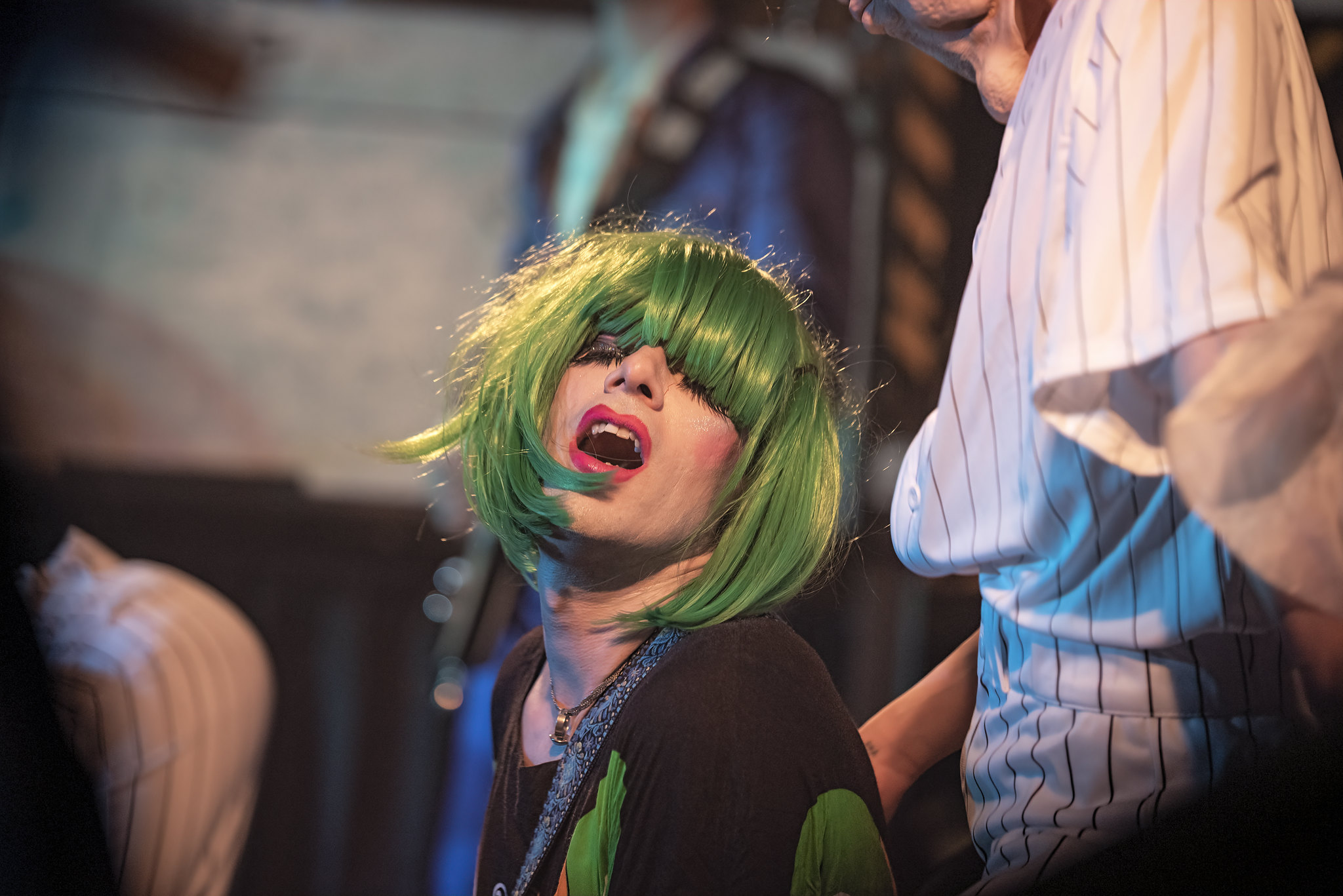 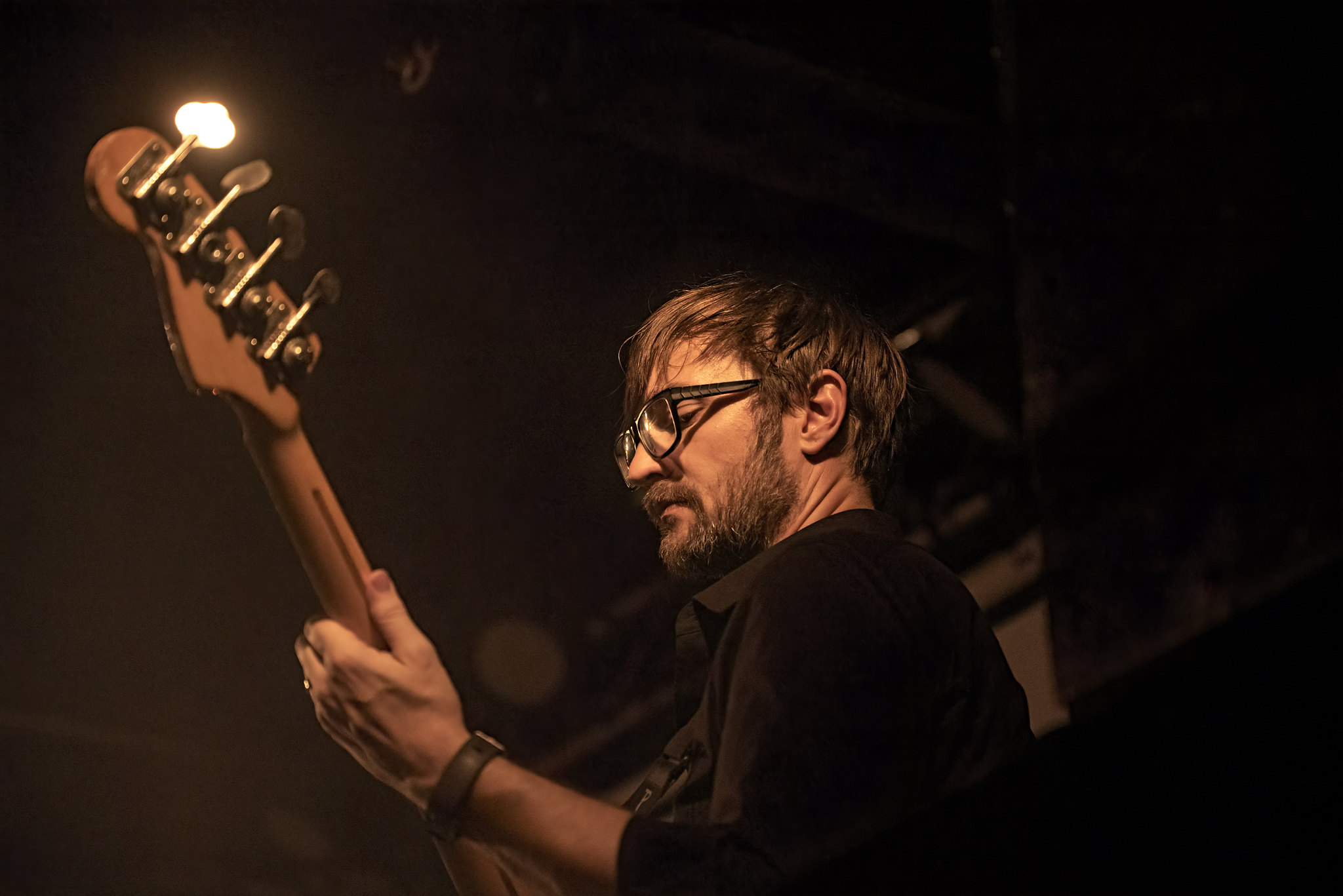 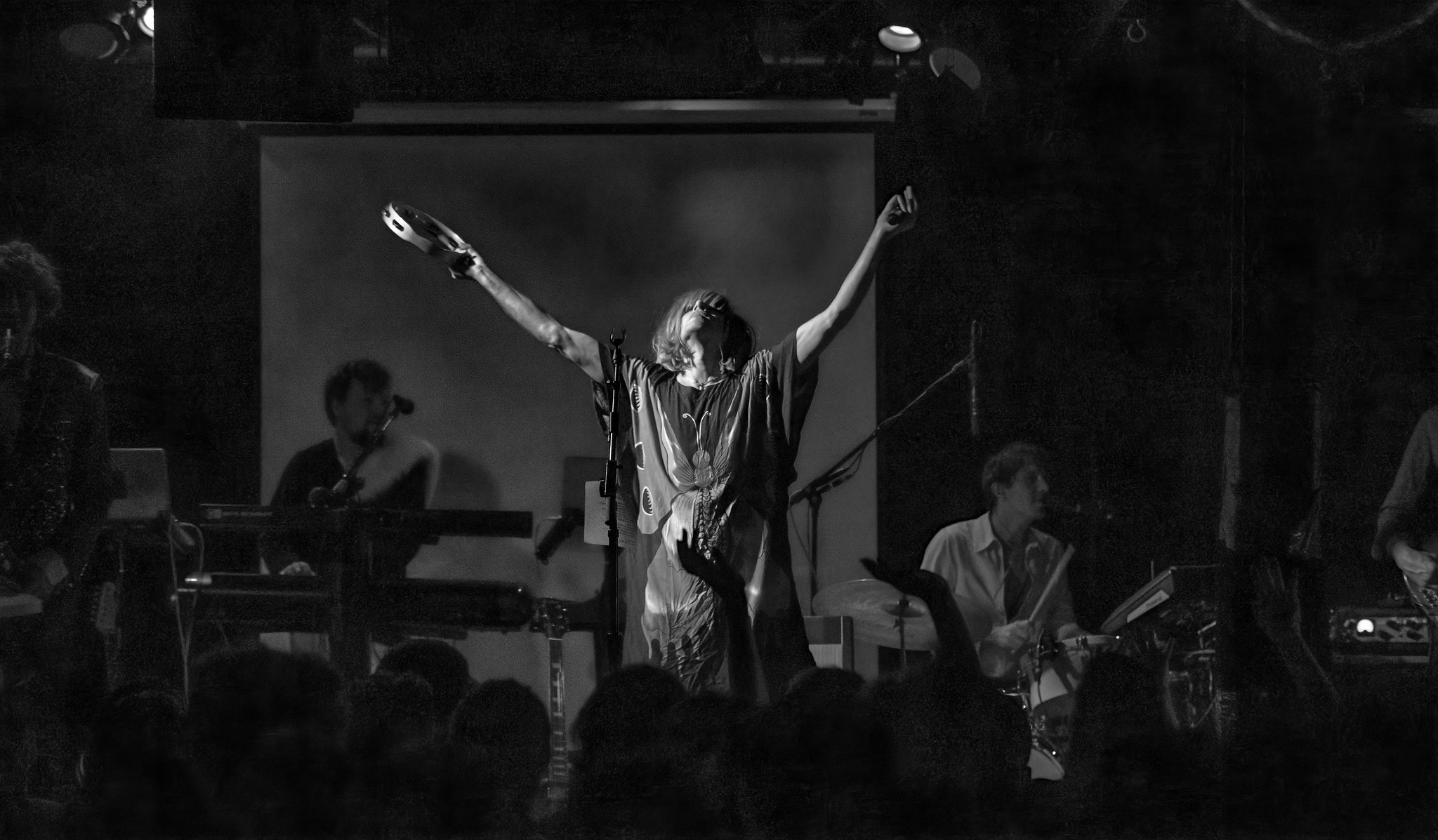 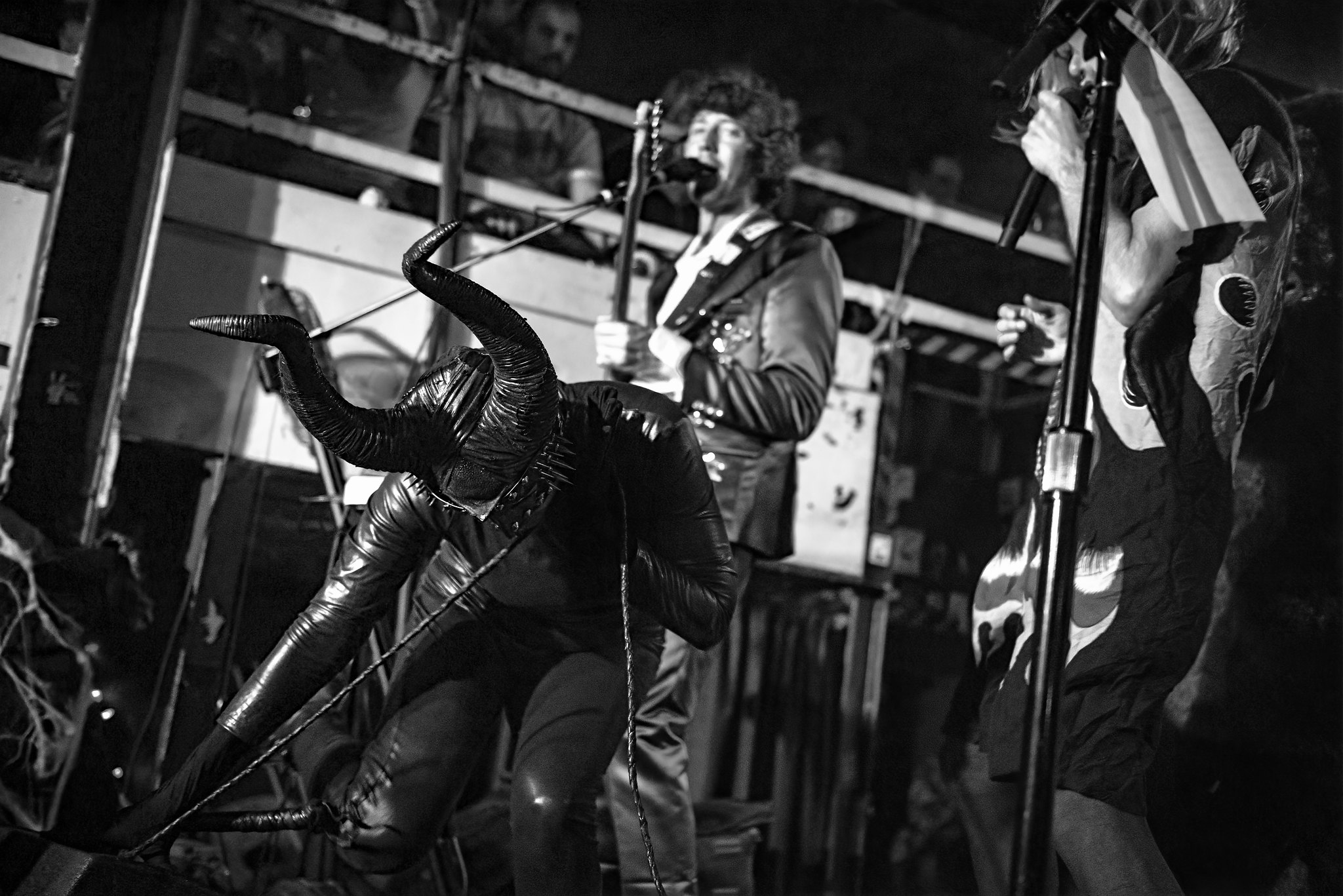 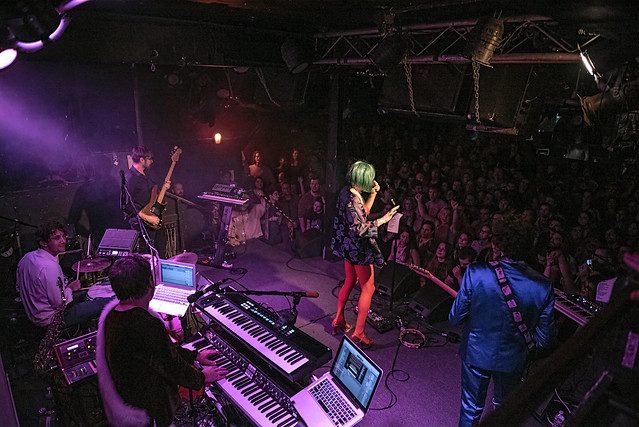 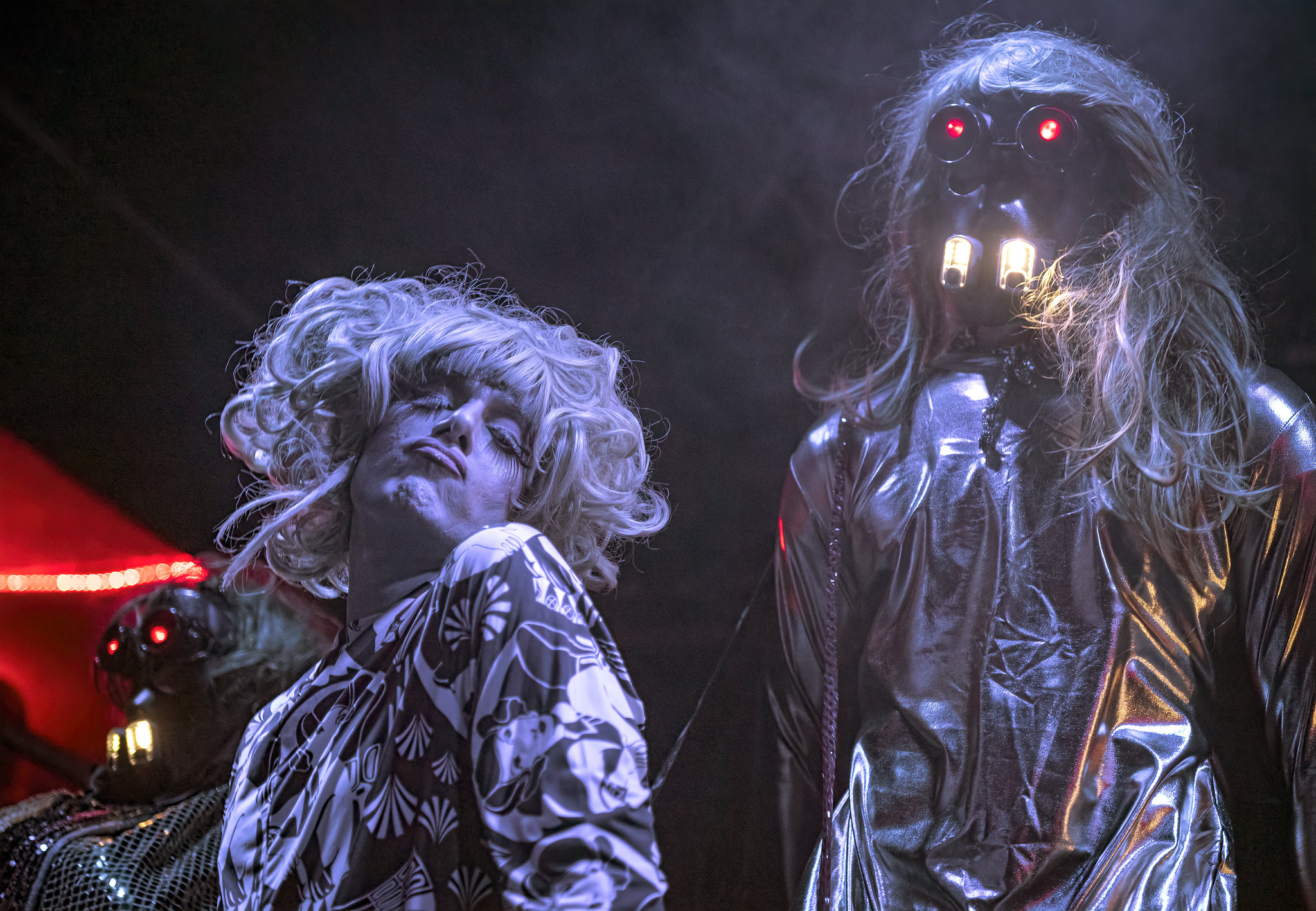