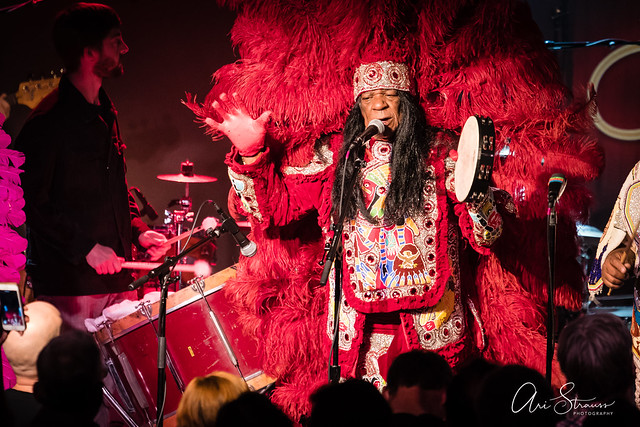 Big Chief Monk Boudreaux performs with Take Me to the River: New Orleans Live in a visit to The Hamilton on Oct. 24, 2018. (Photo by Ari Strauss)

The Dirty Dozen Brass Band, Ivan and Ian Neville, George Porter Jr., and several other New Orleans musical greats recently brought a NOLA party to The Hamilton recently through the Take Me to the River NOLA Live Tour.

Take Me to the River (TMTTR) is a musical community and educational movement. It began as a documentary film by musician and filmmaker Martin Shore, who followed legendary Memphis and Mississippi Delta musicians through the creative process of recording a new album. Martin’s award-winning film inspired a national concert tour and fostered an educational initiative, “[seeking] to inspire a deeper understanding of history, culture, and the meaning of intergenerational and cross-cultural collaboration,” according to the organization’s website.

The TMTTR program brings the film to schools to interact directly with students by hosting a film screening, providing masters classes, Q&A sessions, and other efforts to bring musical history to life and foster a deeper understanding and respect for all cultures, genders, and generations.

Building on the success of a TMTTR Memphis effort, Martin Shore headed south on the Mississippi River to immerse himself in the New Orleans music scene and create a second documentary film effort which celebrates the city’s cross-cultural musical influences. Martin and many of the musicians involved in the film are touring nationally in anticipation of the film’s early 2019 release.

Stream a playlist for Take Me to the River: New Orleans Live on Spotify:

The two-hour performance at The Hamilton on Oct. 24 featured a constant rotation of NOLA musical legends, concocting a “musical gumbo,” to borrow a phrase from The Dirty Dozen Brass Band. Ivan Neville and Ian Neville from Dumstaphunk sat in for the majority of numbers on keys and guitar respectively. (Ivan is the son of Aaron Neville and Ian is his cousin.) Legendary bassist George Porter Jr., from The Meters, provided the rhythm on bass along with Terence Higgins on drums. Individual members of The Dirty Dozen Brass Band sat in on selected numbers before the entire group took the stage for the latter part of the set.

The show included a performance by the 79ers Gang featuring Jermaine Bossier, chief of the 7th Ward Creole Hunter gang, and Romeo Bougere, chief of the 9th Ward Hunter gang. Once rivals, they now come together to make beautiful music. The 79ers appeared with Big Chief Monk Boudreaux, leader of the Golden Eagle Mardi Gras Indians. Boudreaux was born on Pearl Harbor Day, Dec. 7, 1941, and is a vital figure in the Mardi Gras Indian tradition. He has steadfastly distinguished himself as a gifted folk artist and dynamic performing musician.

Next up were the Lost Bayou Ramblers Duo. Formed in 1999 by brothers Andre and Louis Michot, the duo performs the roots Cajun music they learned as members of Les Frères Michot, the family band their father and uncles formed in the ‘80s.

Special guests at The Hamilton performance included Joel Dyson (pronounced Jo-el) from the Tipitina’s Foundation — who opened the show provided stunning vocals several times during the performance. DC native Ron Holloway, a noted blues and jazz saxophonist who’s played with the likes of Dizzy Gillespie, Susan Tedeschi, and Warren Haynes among others, joined the stage with The Dirty Dozen Brass Band to add some DC flavor to the NOLA gumbo.

When all artists joined the stage for the finale, Dirty Dozen Sousaphone player Kirk Joseph joined the audience and led an impromptu Mardi Gras parade around the room. To borrow from a Dirty Dozen song title, the evening at The Hamilton was, “(Ain’t) Nothin’ but a Party!”

Visit the movie’s website for information about the Take Me to the River NOLA Live tour and the upcoming 2019 release of the documentary film.

Here are some photos from the Take Me to the River NOLA Live Tour performance at The Hamilton on Oct. 24, 2018. All images copyright and courtesy of Ari Strauss. 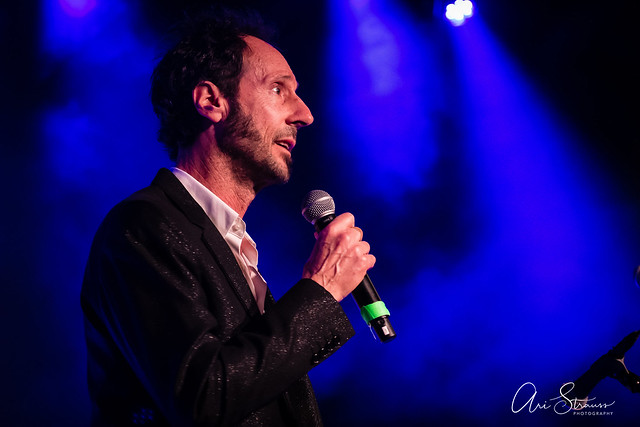 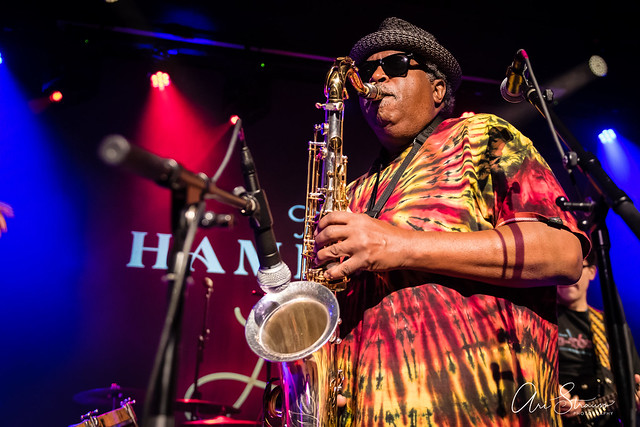 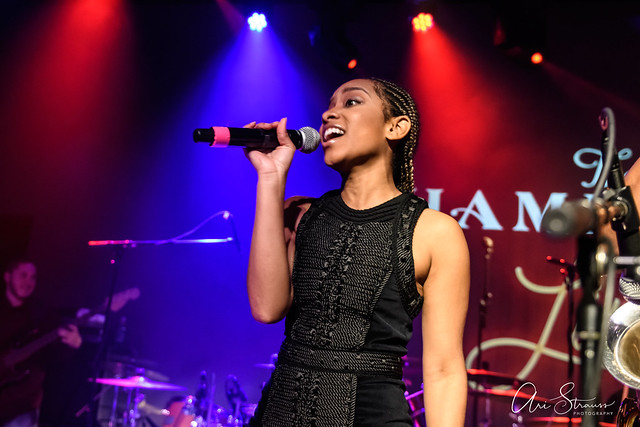 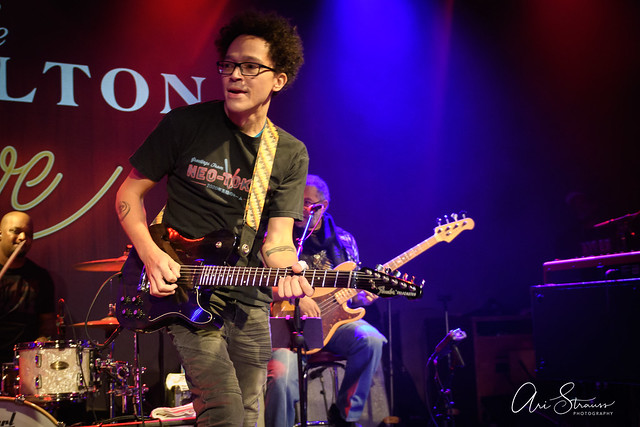 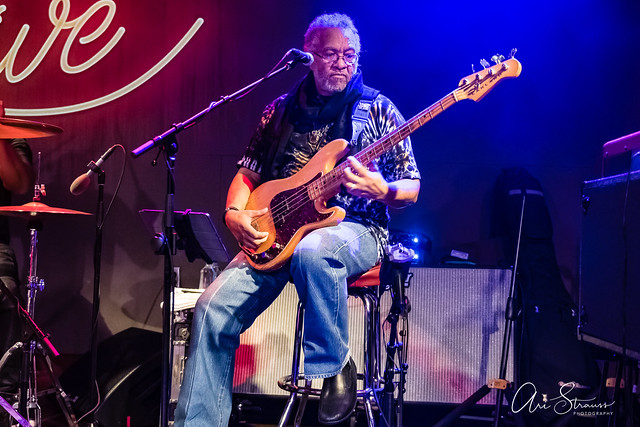 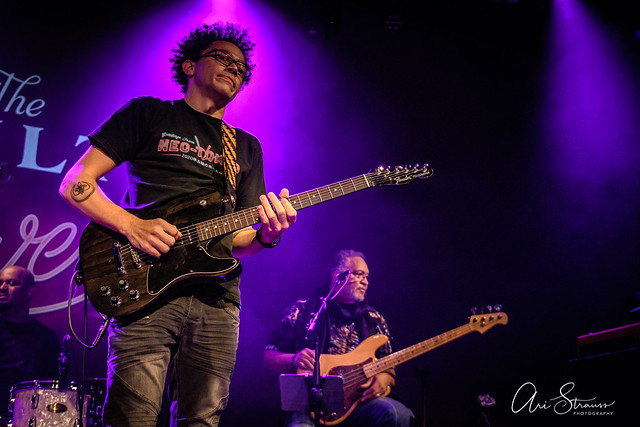 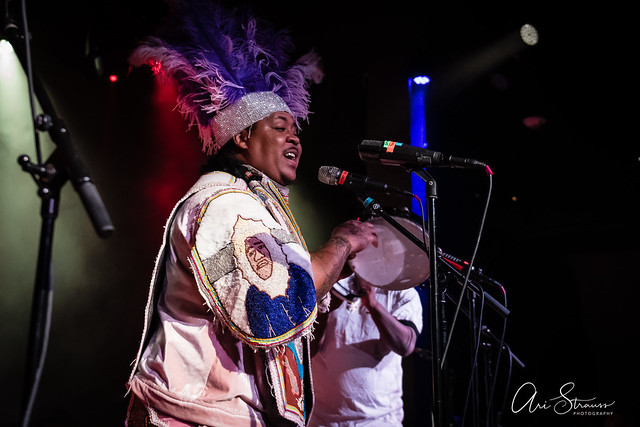 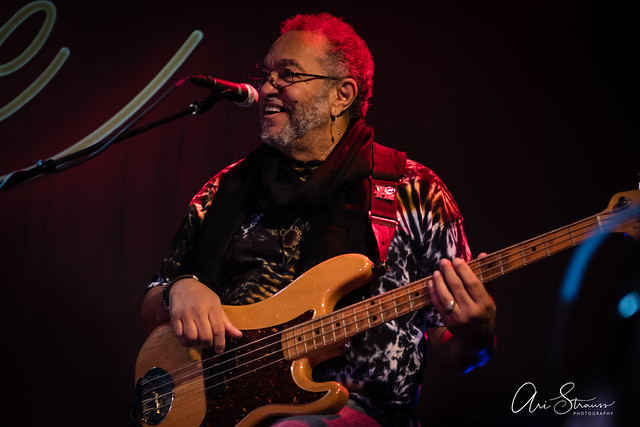 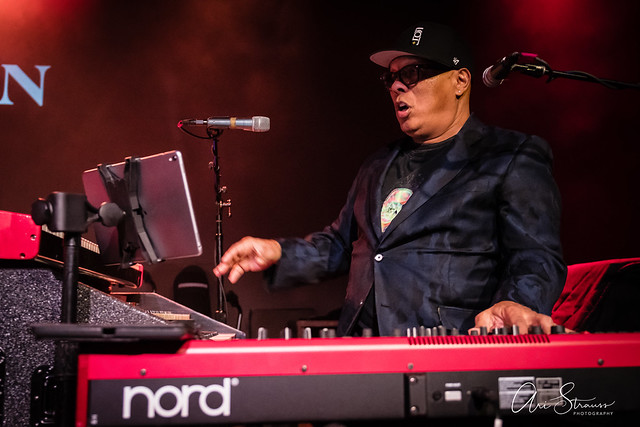 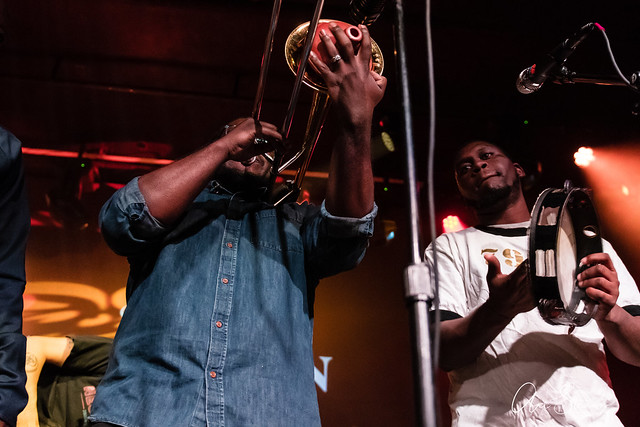 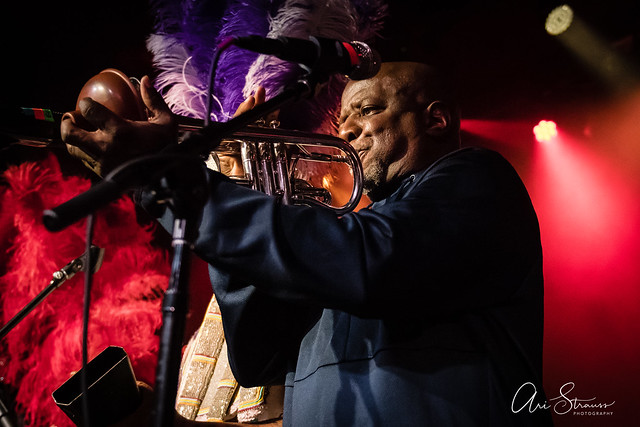 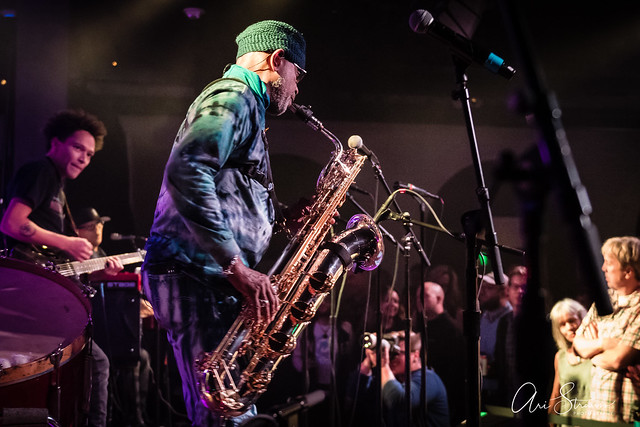 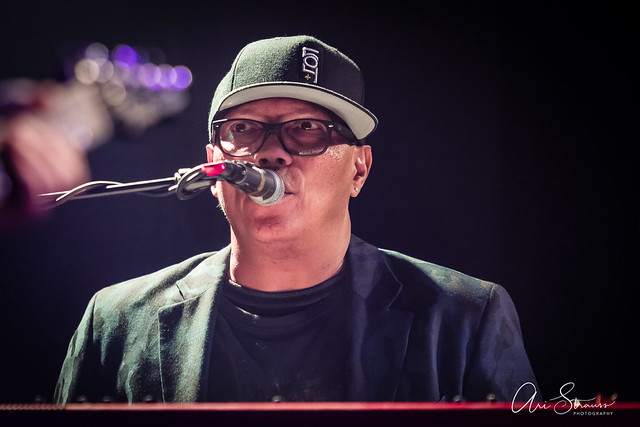 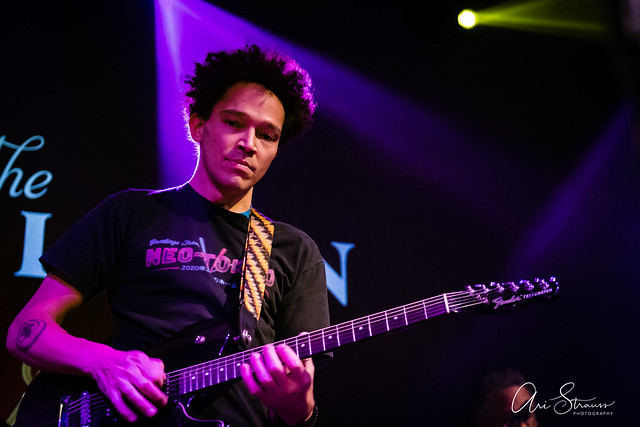 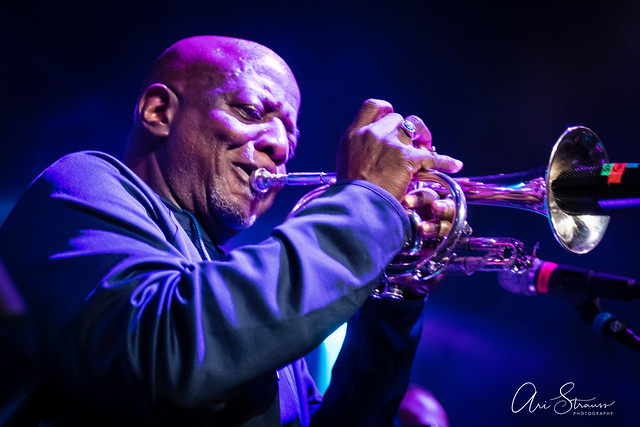 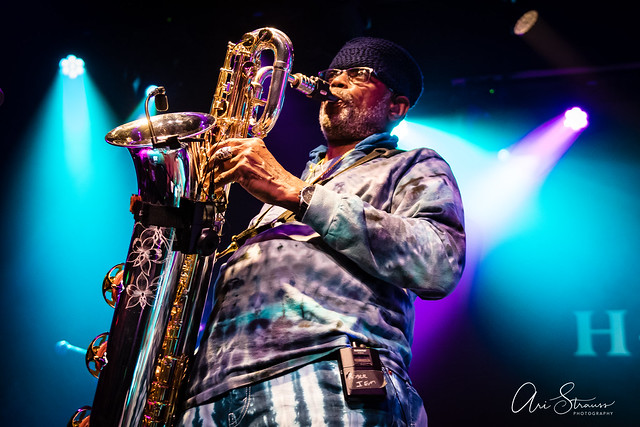 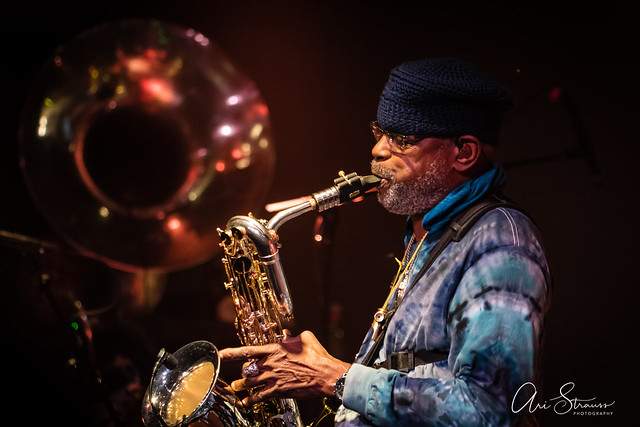 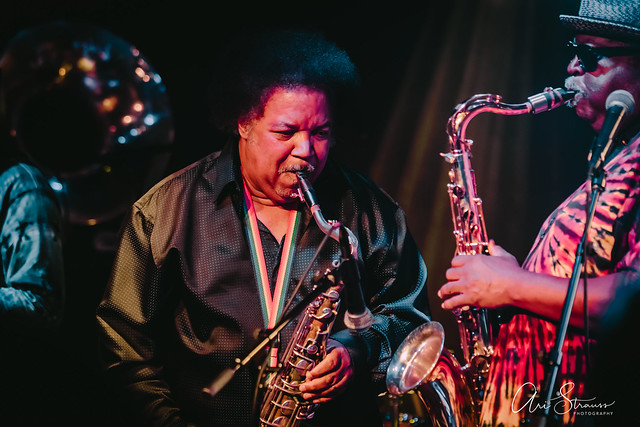 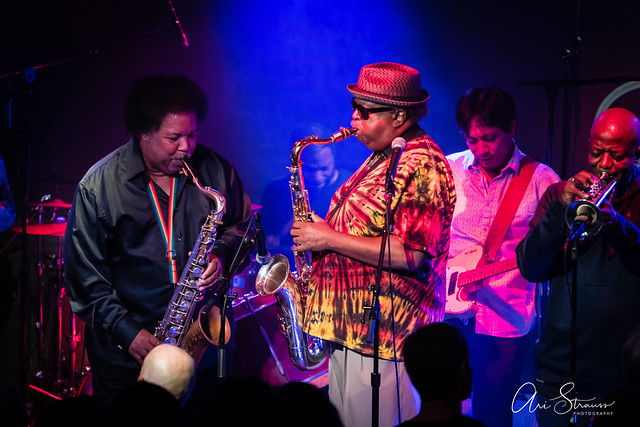 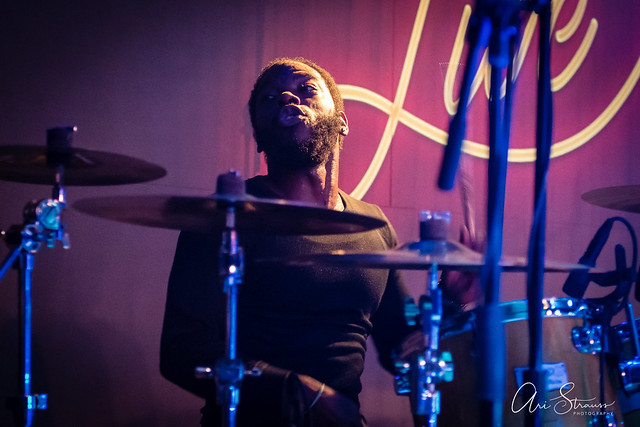 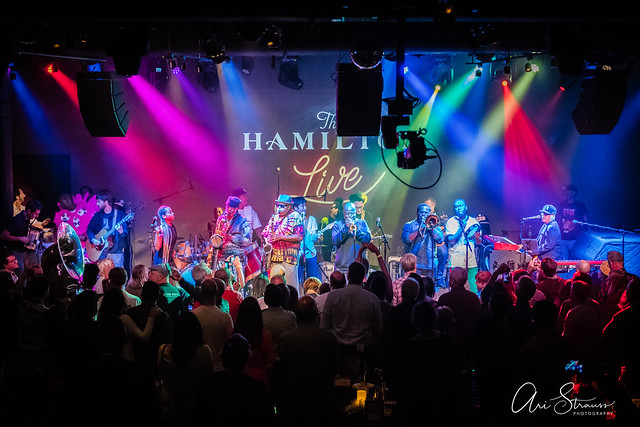