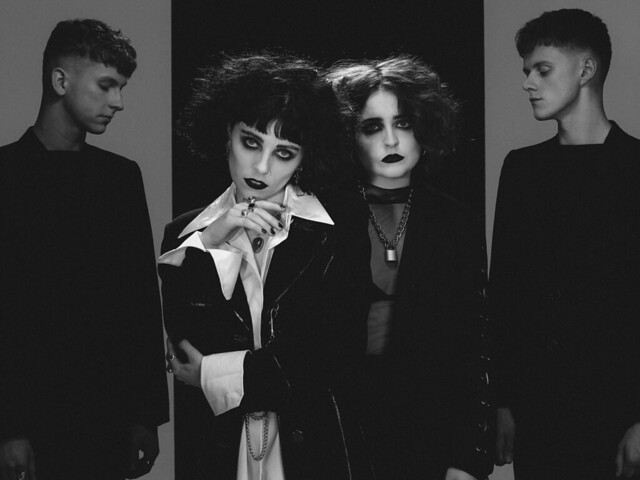 The band formed in 2014 when vocalist Heather Baron-Gracie met drummer Ciara Doran in university. “We connected instantly,” Ciara said. “The bond was there straight away.” They connected over a mutual love of bands like The Cure and Lucy Rose.

Watch the official music video for “One More Time” by Pale Waves on YouTube:

At the end of the day, the look and sound of Pale Waves owes a bit to Siouxsie and the Banshees and The Cure. In a review for The Line of Best Fit, Sean Ward praises Pale Waves’ capacity to make jubilant music while embracing a “goth” appearance a la Robert Smith.

“These young Mancunians have perfected what makes pop such an addictive, essential genre, and My Mind Makes Noises is both immediate and idiosyncratic. Pale Waves’ presence may be gloomy, but their songwriting and ambition could not be brighter,” Sean said.