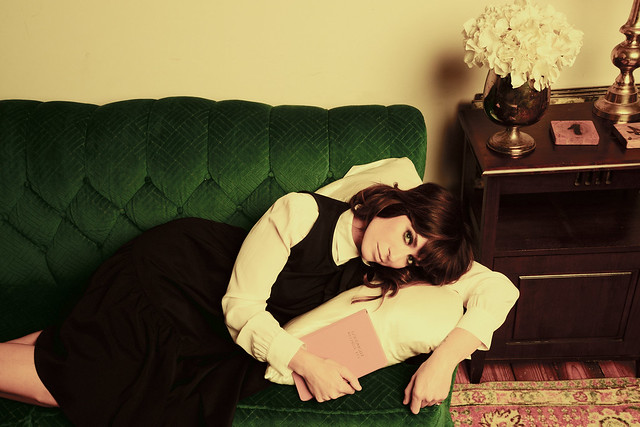 Soulful Americana singer Nicole Atkins has been buzzing around the DC metro area all year, opening for Avett Brothers at Wolf Trap over the summer among other appearances. Now she headlines The Barns at Wolf Trap on Wednesday, Nov. 14.

Nicole released her last studio album, Goodnight Rhonda Lee, in 2017 via Single Lock Records, but she’s kept busy since then in part with several cover songs! In June, she released a cover of “Vitamin C” by influential German psychedelic group CAN.

“I recorded CAN’s ‘Vitamin C’ almost 8 years ago one afternoon at Retromedia in Red Bank, New Jersey, and only released it as a 7 inch vinyl. Recently we’ve been playing it in our live set again and through tags on Instagram I noticed that some B-Boys have been using my version to breakdance at competitions. I decided I should release it digitally so more people can hear it and more easily dance to it!” Nicole said.

Listen to Nicole Atkins cover “Vitamin C” by CAN on YouTube:

American Songwriter named Goodnight Rhonda Lee one of its top 25 albums of 2017. Critic Hal Horowitz wrote, “Atkins has never been a traditional singer-songwriter. Here she shifts to full chanteuse mode, mixing countrypolitan with a ’60s, Phil Spector-styled approach that sounds like nothing else in contemporary music. It’s big, bold, cinematic and manages to be both sprawling and introspective. She combines Patsy Cline with Nancy Sinatra, k.d. lang and Chris Isaak, the latter who contributes songwriting to a spectacularly original, compelling work that is exhilarating and timeless.”