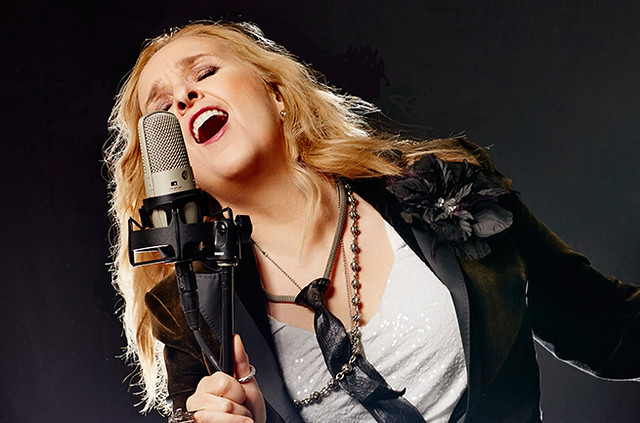 Ten years ago, Melissa Etheridge released a Christmas album! In recent years, Melissa has taken Christmas on the road, performing The Holiday Show around the holidays with famous Christmas carols and her radio hits. On Tuesday, Nov. 27, Melissa brings her holiday show to The Birchmere.

“I’m super excited to see you all this holiday season for my annual holiday tour!” Melissa said in a video announcement, promising that she will play “all of the hits we want to hear.”

In 1988, Melissa Etheridge debuted with her self-titled first album, so she’s also celebrating 30 years of making music. She gained notoriety for early hits such as “Bring Me Some Water,” “No Souvenirs,” and “Ain’t It Heavy,” which won a Grammy in 1992.

In 1993, Melissa hit her stride with her fourth album, Yes I am, spawning big hits “I’m the Only One” and “Come to My Window,” the latter of which won Melissa her second Grammy. In 1995, she made her biggest chart success with the album Your Little Secret and the single “I Want to Come Over.”

As mentioned, Melissa released a Christmas album, her 10th album overall, in 2008, but the year prior she won an Academy Award for her song “I Need to Wake Up.” And in 2016, Melissa published Memphis Rock & Soul, her most recent album. The album received strong reviews from Entertainment Weekly, Parade, Rolling Stone, American Songwriter, and more. Guitar World raved “the album is a triumphant application of Etheridge’s signature rasp and substantial guitar chops to this classic genre,” while Edge Media Network declared Melissa “is a singer who can fire it up like Janis Joplin, touch the heart like Elvis Presley and steam up the windows like her musical hero, Otis Redding.”