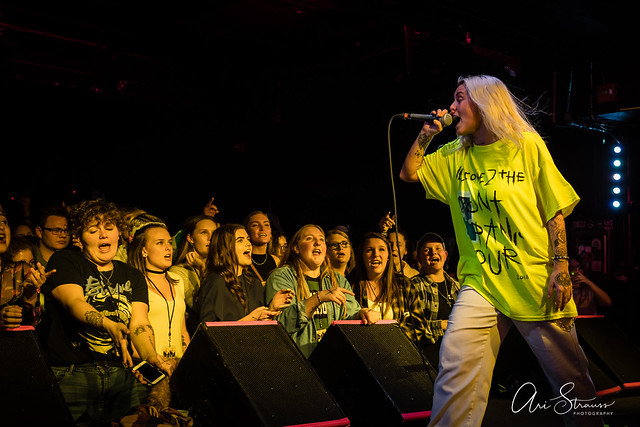 Lauren Sanderson performs at the Rock and Roll Hotel on Nov. 17, 2018. (Photo by Ari Strauss)

Twenty-two-year-old alternative hip-hop artist Lauren Sanderson performed to a room of exuberant young fans over the weekend at the Rock and Roll Hotel. She recently signed a record deal with Epic Records, and she is touring in support of her recent EP release, Don’t Panic.

Listen to Don’t Panic by Lauren Sanderson on Spotify:

Although very young, Lauren has made it her life’s work to let people know that being happy and being true to yourself are not mutually exclusive. The Fort Wayne, Indiana native started her career as a motivational speaker and YouTube personality. Despite her success in that venture — she has a Ted Talk under her belt — Lauren decided there might be a better way to get her message across and turned to music.

“It just wasn’t expressive enough,” Sanderson told Billboard magazine recently. “I just feel like the speaking was a good thing to teach me that I have that side to me, and I can motivate and inspire people. But making music out of it has made it more ‘me.’ The message was there and very in your face, like ‘I don’t give a shit about what you think, I just want to be myself.’”

Lauren’s positive message resonates with her fanbase. Before Lauren took the stage Saturday night, the excitement of her fans was palpable. Spontaneous cheers erupted from several corners of the room (“When I say Lauren, you say Sanderson. Lauren.. SANDERSON!… Lauren… SANDERSON!…”). When she emerged on stage in a fluorescent yellow Don’t Panic tour t-shirt and matching yellow Nikes, the roar of screams was Beatlesque.

Lauren was blown away by the enthusiasm of the crowd and vowed DC will always be a stop on any future tour.

Several times during the set, Lauren reached out into the audience to give hugs to her fans, eliciting emotional tears of joy from many. At the end of the set, she asked everyone to pose for a group photo as she let herself fall into the crowd and gave instructions to pose with a middle finger extended. Her fans gleefully obliged.

Check out some photos of Lauren Sanderson at Rock and Roll Hotel on Nov. 17, 2017. All images copyright and courtesy of Ari Strauss. 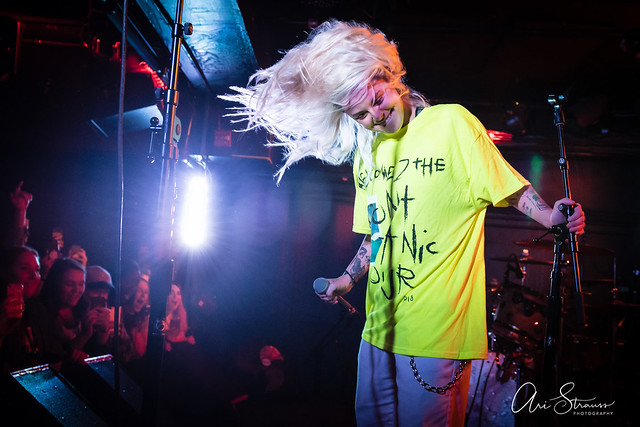 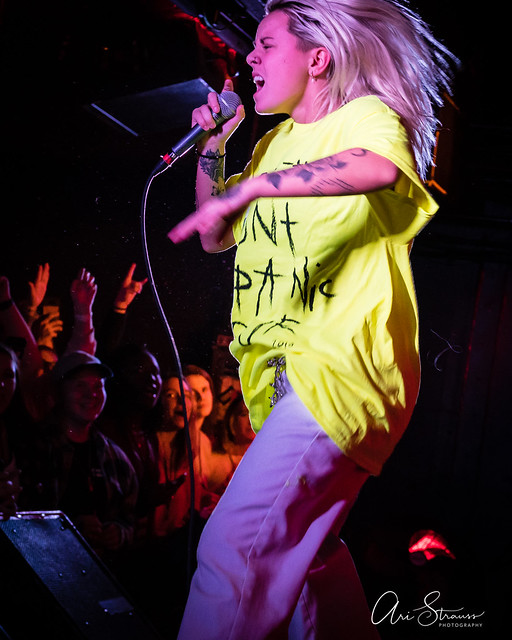 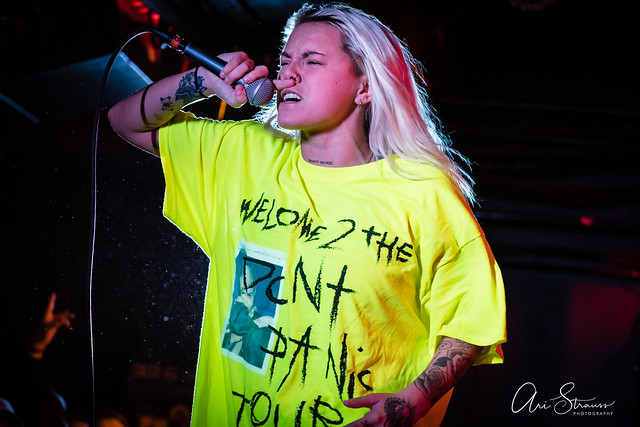 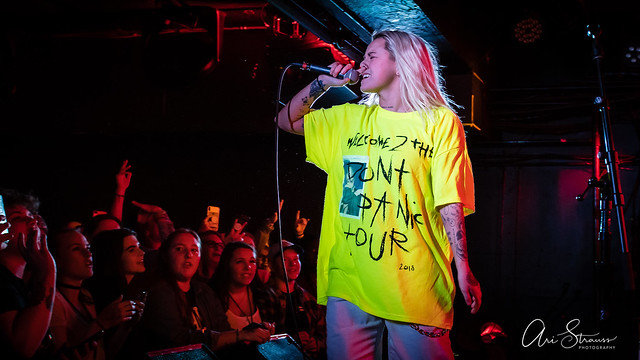 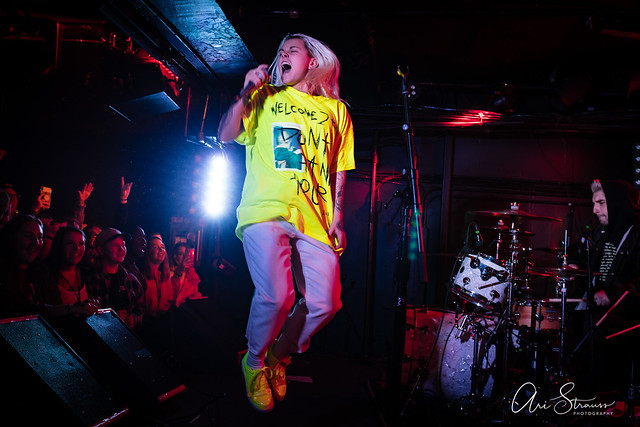 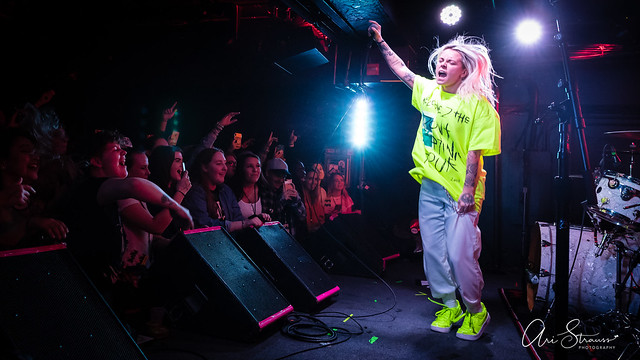 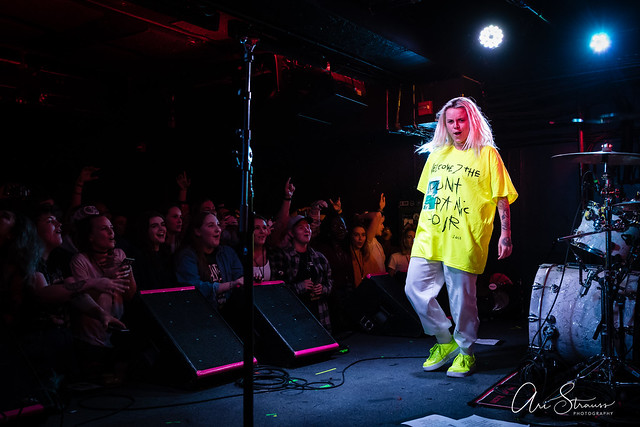 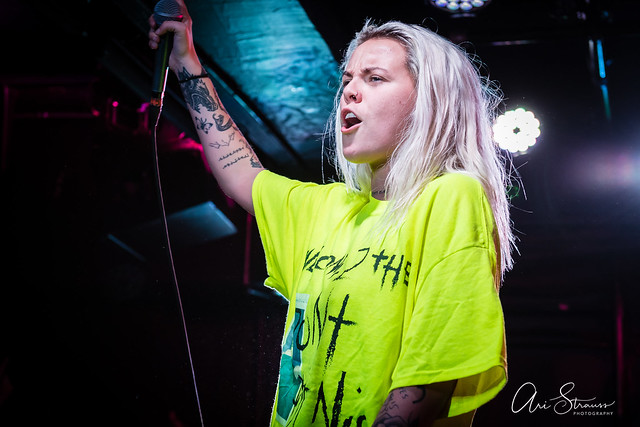 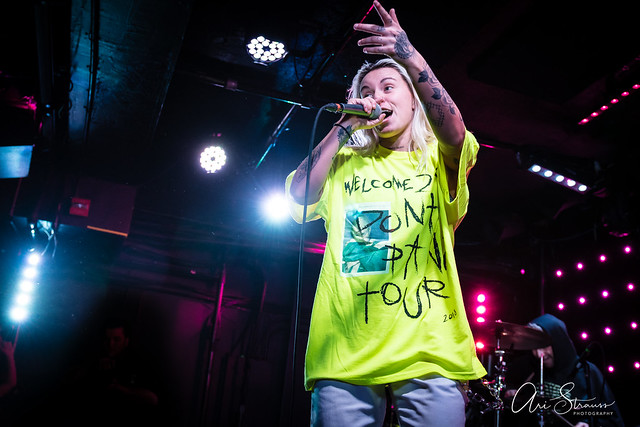 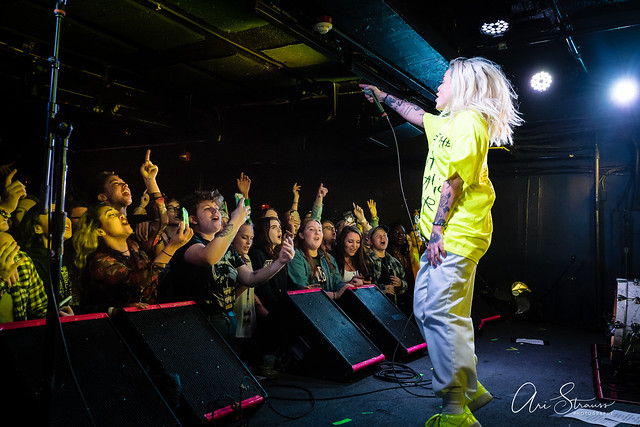 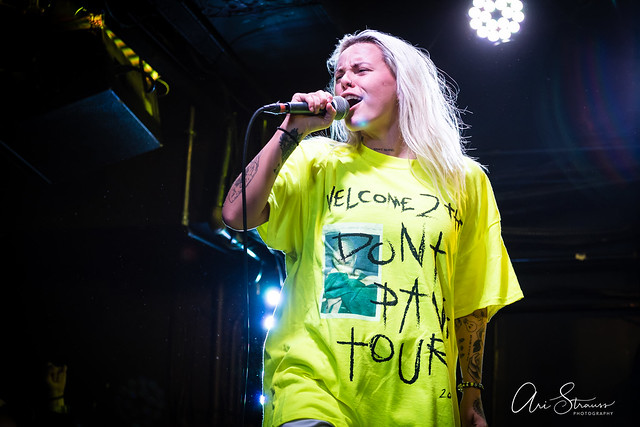 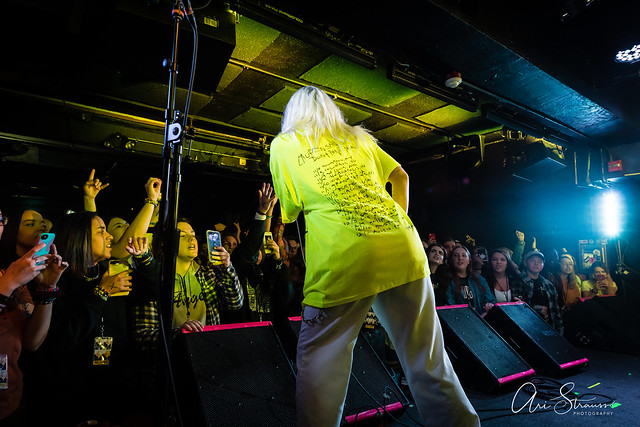 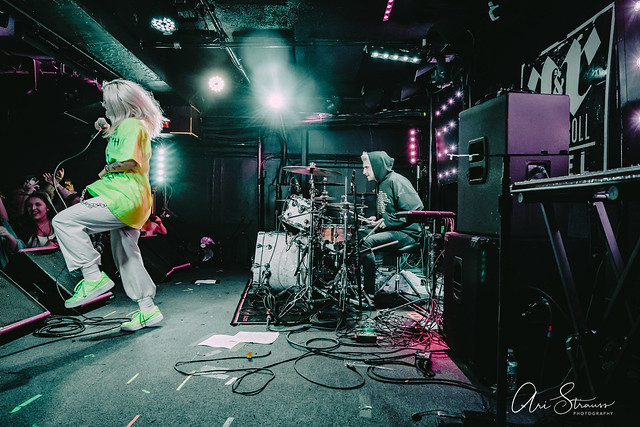 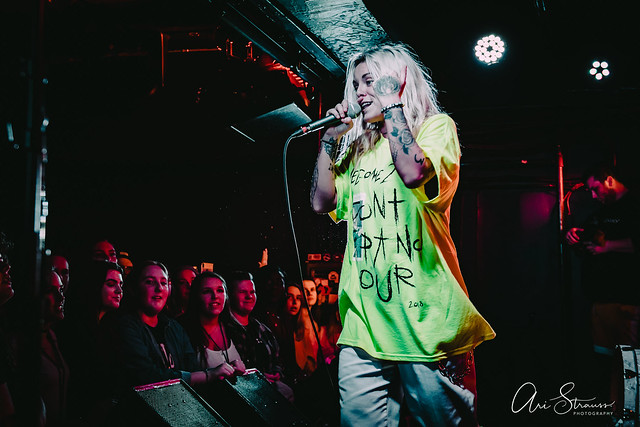 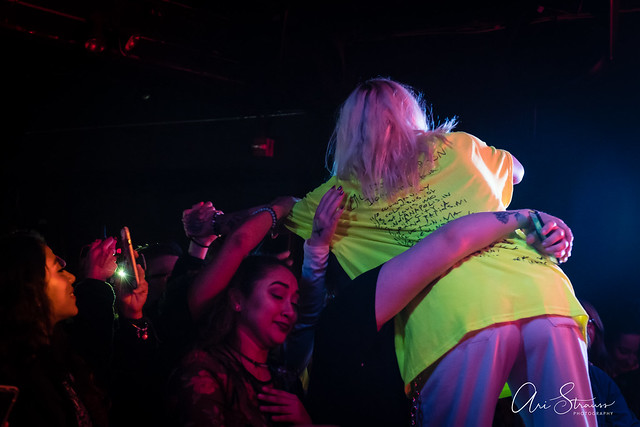 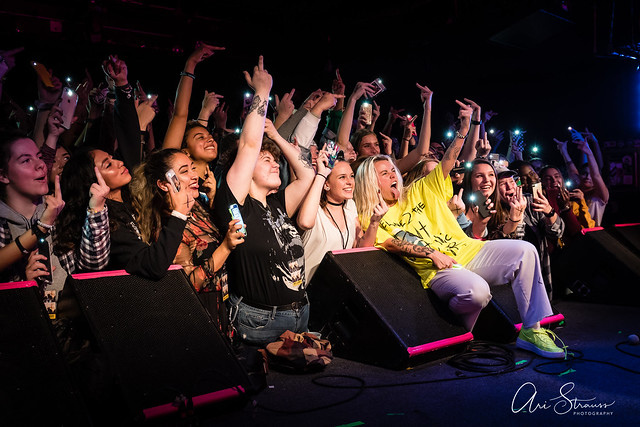