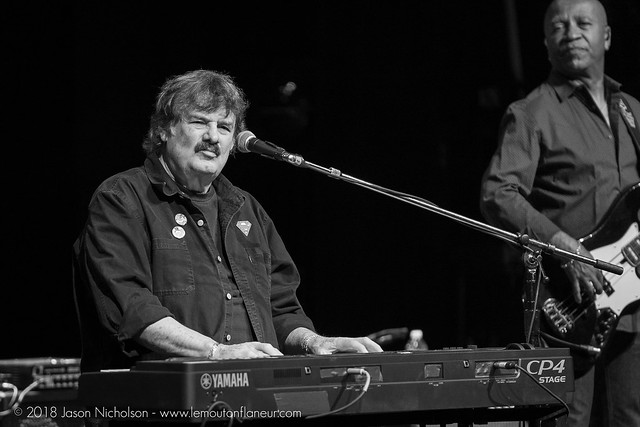 Burton Cummings of The Guess Who performs at Robert E. Parilla Performing Arts Center on Nov. 16, 2018. (Photo by Jason Nicholson)

From 1965-75, Burton Cummings was the lead singer and keyboardist for Canadian rock band The Guess Who. He sung a heap of the songs by The Guess Who that he made famous (including “American Woman”) at Robert E. Parilla Performing Arts Center at Montgomery College in Rockville, Maryland, recently.

Burton’s 16-song set on Friday drew heavily from his time with The Guess Who, as he opened with a medley, “No Sugar Tonight/New Mother Nature.” He continued with standout selections like “Clap for the Wolfman,” “Trouble in the City,” “American Woman,” and an encore of “Share the Land.”

Stream Greatest Hits by The Guess Who on Spotify:

Burton also sang a number of covers, including “Trouble in the City” by JJ Cale and “Baby, Come Back” by The Equals, among others.

In addition to his work with The Guess Who, with whom he reunited for a spell in 2000-03, Burton has released nine solo studio albums. He sang a few notable singles from those records, including “Stand Tall” and “My Own Way to Rock.”

Here are some pictures of Burton Cummings performing at the Robert E. Parilla Performing Arts Center on Nov. 16, 2018. All photos copyright and courtesy of Jason Nicholson. For more on Burton Cummings, including his tour schedule, visit his website. 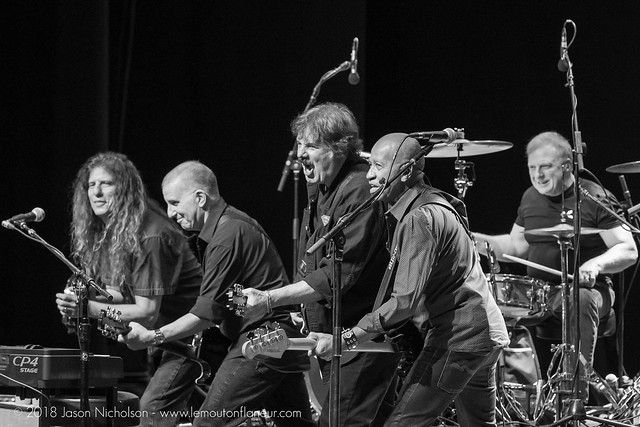 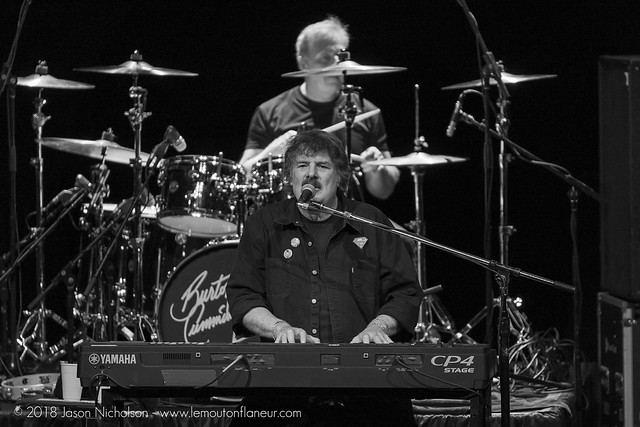 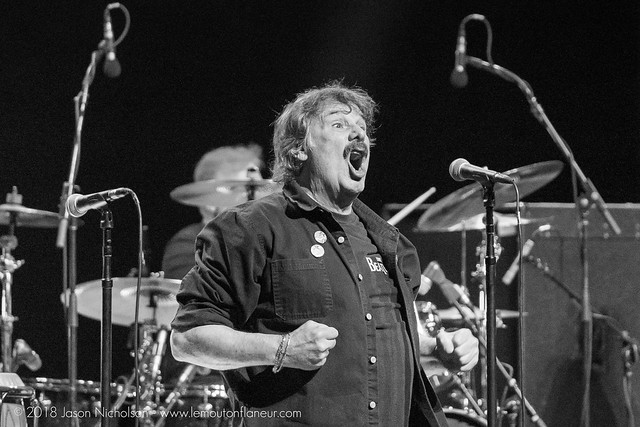 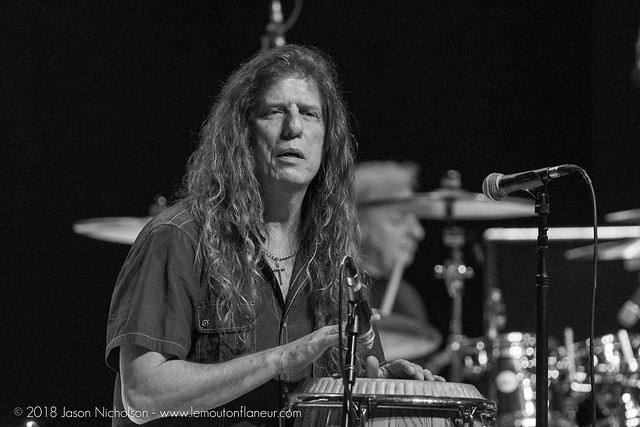 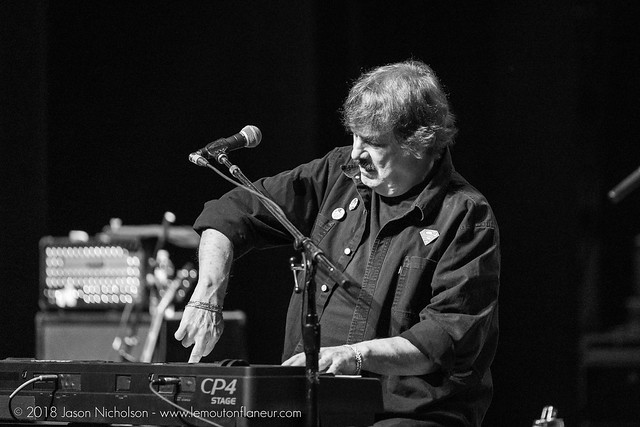 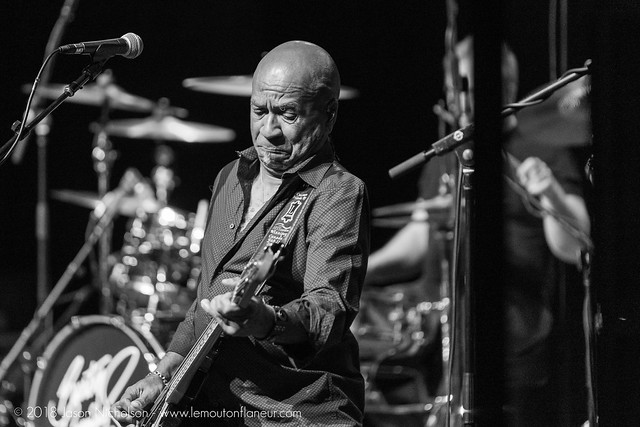 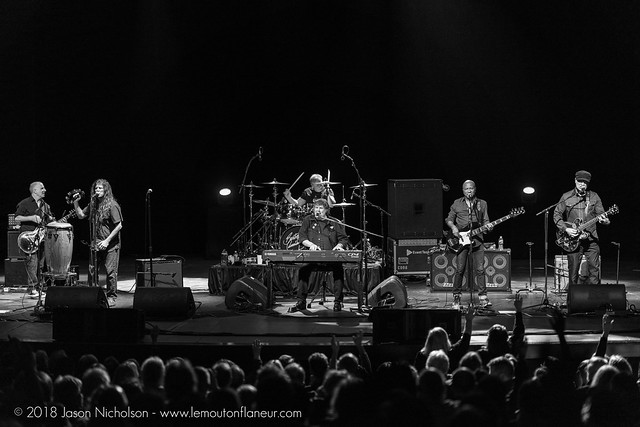 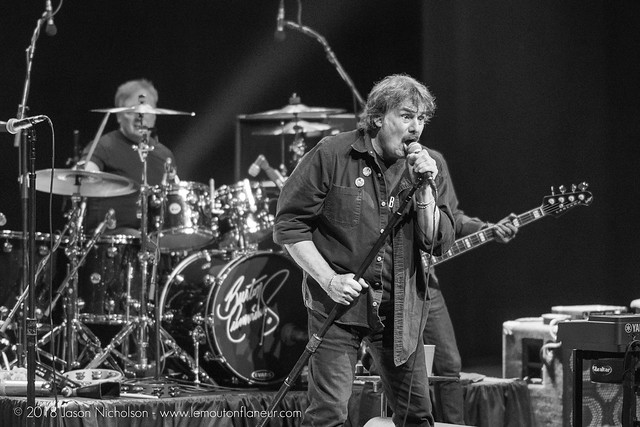 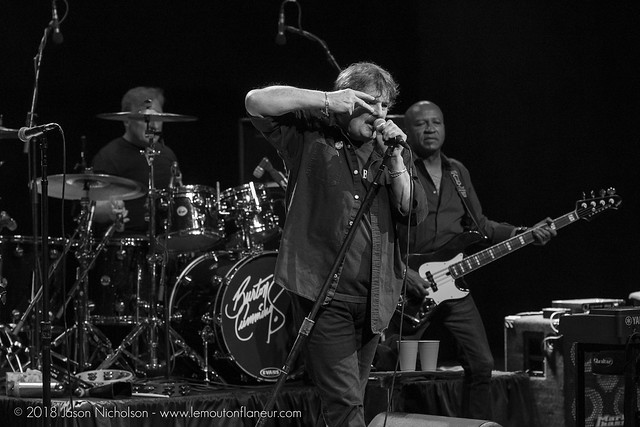