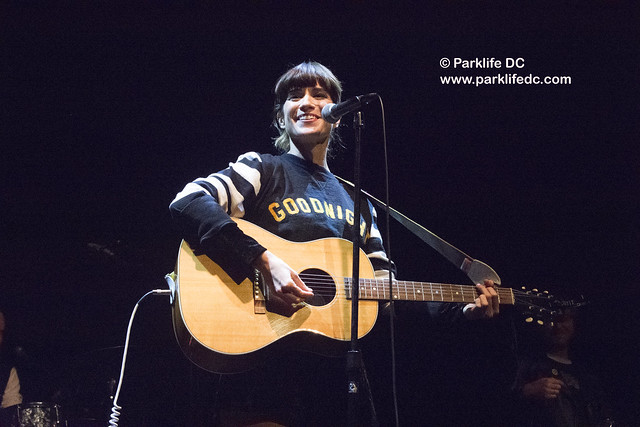 Nicole Atkins performs at The Barns at Wolf Trap on Nov. 14, 2018. (Photo by Mickey McCarter)

“This is a song I co-wrote with my ex-boyfriend,” Nicole Atkins said with a sly grin at Wolf Trap recently. “He didn’t know we were dating.”

The he in question was rockabilly hero Chris Isaak, who collaborated with Nicole on her fourth full-length album, Goodnight Rhonda Lee, which was published last year via Single Lock. About half of Nicole’s concert at The Barns at Wolf Trap was dedicated to that latest album.

Nicole started the show with a few selections from Neptune City, her debut record. She started out solo in the middle of the floor, amongst the audience, belting out “Neptune City,” an ode to lost dreams. She took the stage to perform ”Maybe Tonight” from Neptune City, backed by The Pollies, a graceful rock band from Muscle Shoals, Alabama, with which she seemed to share a strong connection and easy chemistry.

As for herself, Nicole lives now in Nashville at least most of the time and her new songs flow from living there. Early in the show, Nicole delivered the shuffling “Goodnight Rhonda Lee” with a relaxed cadence and timeless air. Later, the jaunty “Sleepwalking,” another song that captures the feeling of having lost an ambition or a part of yourself somewhere. In a typically whimsical exchange, Nicole described how proud she was of a great review in Rolling Stone until she read aloud that the reviewer had misheard her pronunciation of “haunting” in “Sleepwalking” as “horny.” (When it comes to dialects, apparently, you can take the girl out of Jersey but not the Jersey out of the girl.)

Nicole humorously introduced “My Baby Don’t Lie” from 2011’s Mondo Amore as “a song about punching a girl in the face.” The ditty is a fantasy about giving a girl a black eye as revenge for mouthing off about a boyfriend. Nicole capped the song by declaring, “I talk a lot of shit, but I’m a pacifist.” But she eagerly recruited a woman named Buffy from the front row to deliver the black eye on her behalf.

Soon, Nicole led the audience into a rousing singalong for the tune “As Country Was,” a lament dedicated to the idea that modern country music is nothing like the classics. Whether you like country music or not, the sound of the full room singing along to Nicole’s wistful lines “I don’t know what country is but I know what country was” was powerful and affecting and somehow comforting all at the same time.

Toward the end of the show, Nicole introduced a song by her “spiritual father,” Roy Orbison, and she covered “Crying” by Mr. Orbison, a plaintive rocker that suits her very well indeed. While the Orbison cover came as no surprise, she very much surprised by closing her show with an a cappella rendition of “Somewhere Over the Rainbow” — yes, the song made famous by the Wizard of Oz — in a return to the middle of the showfloor. It seemed appropriate, she said, to sing it in a barn.

I officially nominate Nicole Atkins as the America’s sweetheart. I’ve had the pleasure of following her career since seeing her by chance in Baltimore in 2007, and she’s always a genuine pleasure in performance, and a genuine person on top of that. With an affable presence, a can-do attitude, and the honeyed if appropriately weathered voice of an angel, she will surely win you over as well.

Here are some pictures of Nicole Atkins performing at The Barns at Wolf Trap on Nov. 14, 2018. 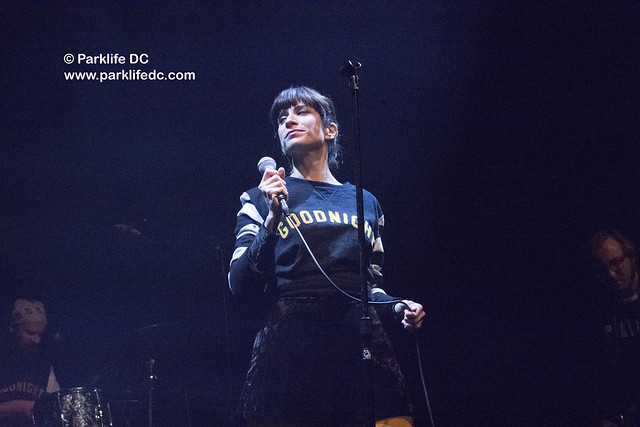 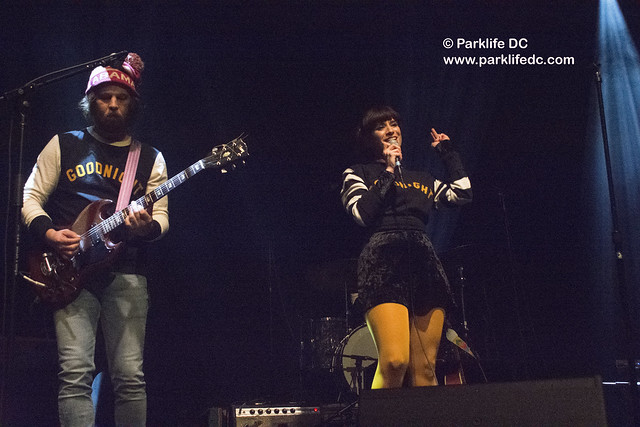 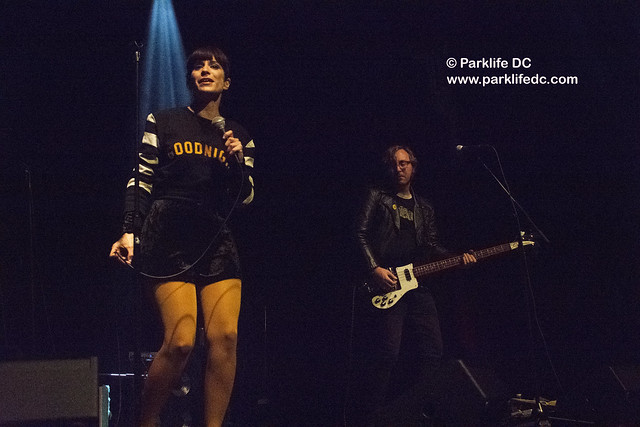 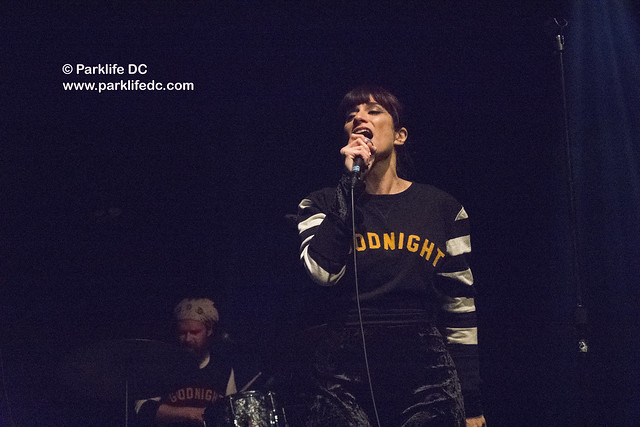 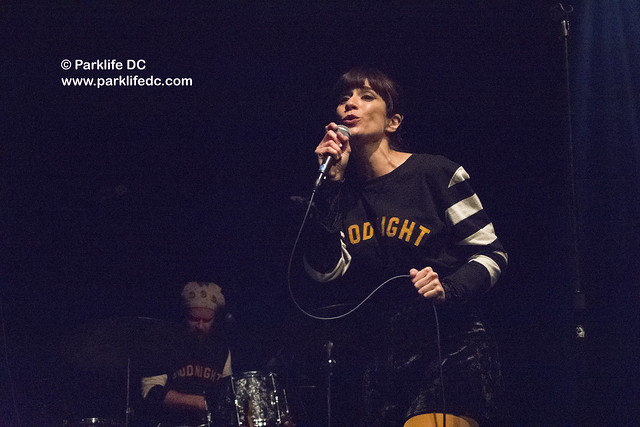 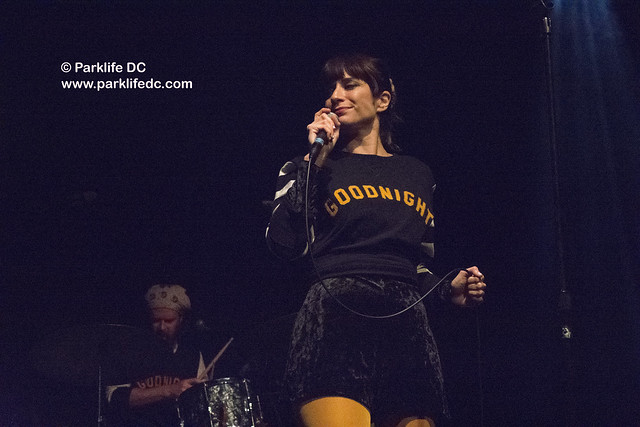 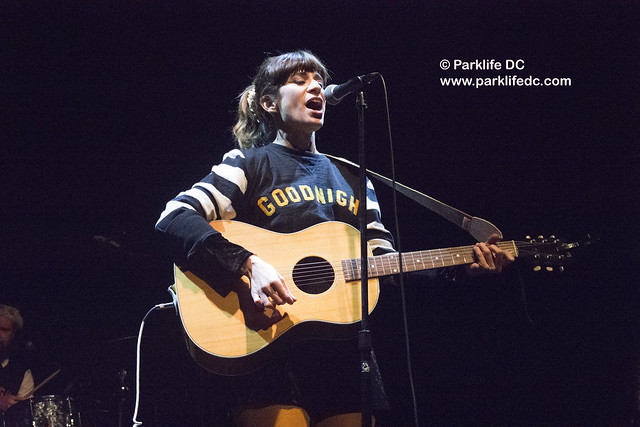 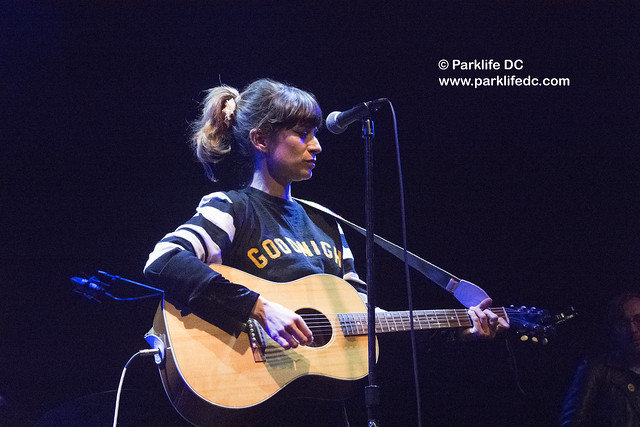 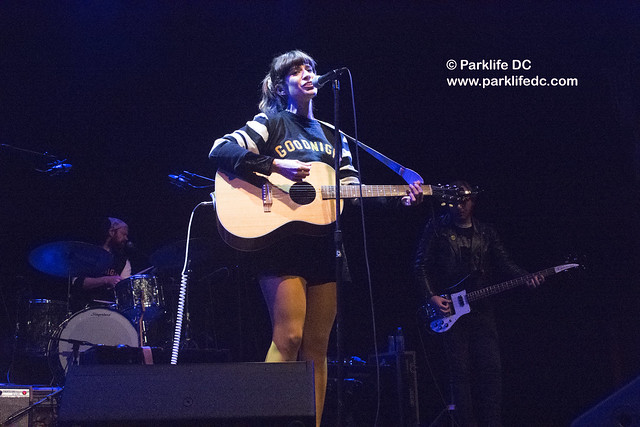 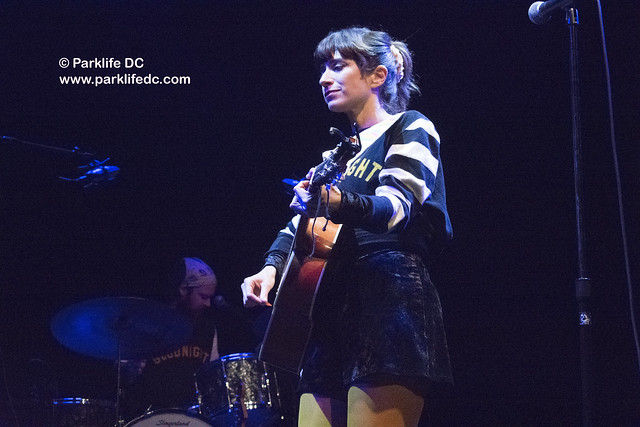 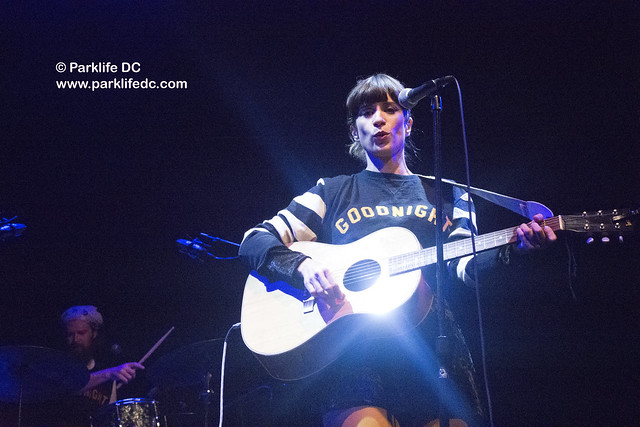 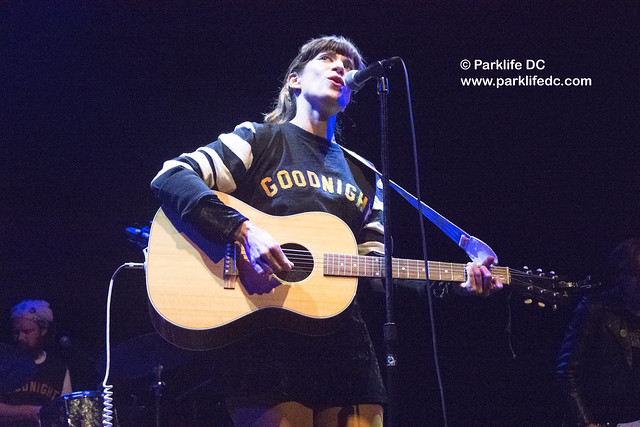