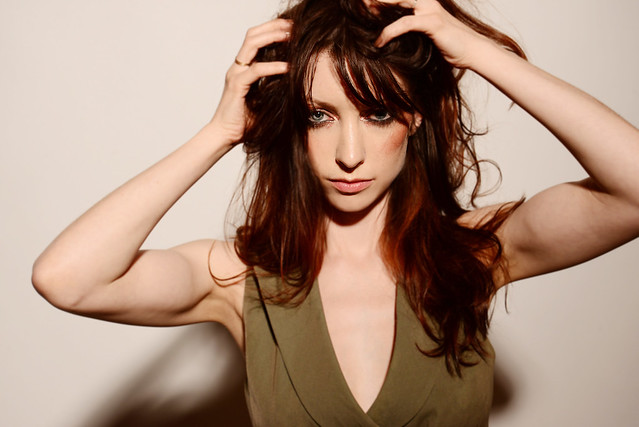 Sister Sparrow (the stagename of Arleigh Kincheloe) recently released a new studio album, Gold, via Thirty Tigers. Sister Sparrow & The Dirty Birds are on tour with a stop at 9:30 Club on Thursday, Nov. 29.

The album showcases an evolution in Sister Sparrow’s sound; while her big voice is still up front, the songs infuse her soulfulness wtih contemporary pop. Recently, Sister Sparrow & The Dirty Birds published a video for the single “Ghost.”

Of the single, Arleigh said, “This song is inspired by that feeling when someone has rejected you but now suddenly wants you back… that drunken late-night text from an ex out of the blue. Ain’t got time for that. Ghosting someone who really deserves it is what it’s about. Getting even but also ridding your life of the BS that keeps holding you back.”

Watch the official music video for “Ghost” by Sister Sparrow & The Dirty Birds on YouTube:

In a review for Glide, Mike Smyth praises the results of the risks took on the new record.

“Sometimes a vocalist who decides to take on a solo-ish project falls flat venturing out of their wheelhouse. Sister Sparrow has not only distinguished herself with “Gold” as a talent beyond that of a powerful soul singer with a really tight band but succeeded in digging into herself and setting free more than perhaps even she knew was possible,” Mike wrote.