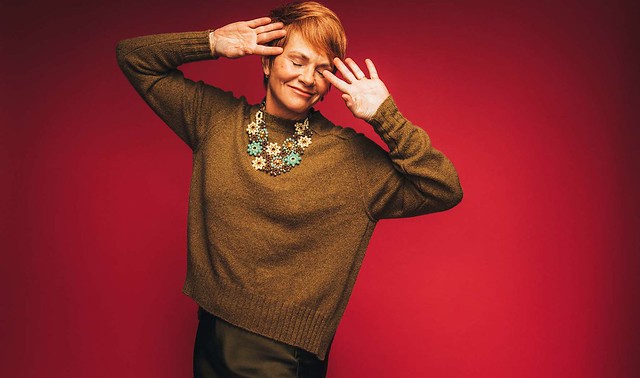 Shawn Colvin released The Starlighter, a new album of songs adapted from the children’s music book “Lullabies and Night Songs,” earlier this year via Amazon Music. Now, the folk siren heads to The Birchmere for a performance on Thursday, Nov. 29.

As a young girl, Shawn received “Lullabies and Night Songs,” a children’s music book that joined composer Alec Wilder’s arrangements with the artwork of “Where the Wild Things Are” author and illustrator Maurice Sendak. In 1998, as she was about to give birth to her daughter, Shawn used the book as inspiration for Holiday Songs and Lullabies. She returned to the book and its compositions for her newest release, The Starlighter, her 10th solo album.

“There wasn’t a dud among them,” Shawn says of Wilder’s compositions. “But we wanted to give the record some dynamics in terms of the feel, so we made sure to choose some upbeat songs, because I sort of tend toward the melancholy, slower, more hypnotic tunes.”

Watch the official music video for “The Starlighter” by Shawn Colvin on YouTube:

In a review for Pop Matters, Will Layman praised the sophistication of Shawn’s latest effort.

“Colvin’s collection is soothing and sophisticated at once. The arrangements are hip even as they are super-slick. Piano pushes most of the tunes along, but producer Doug Petty mixes in pedal steel, accordion, acoustic guitar, and other folk instruments more than he lays in the strings. It’s mellow, sure, but it’s children’s music — many are literal lullabies — but most are well worthy of your adult attention,” Will wrote.