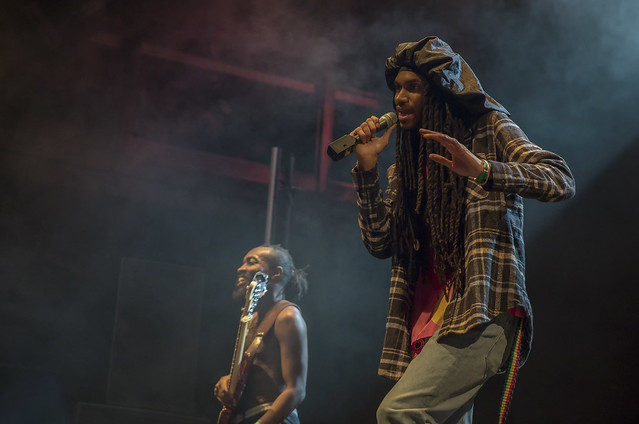 Phony Ppl performs at The Fillmore Silver Spring on Nov. 21, 2018. (Photo by Will Colbert)

Can abstract soul and hardcore hip hop exist in the same space? It did for a night when the two opposing aesthetics were paired for a show at The Fillmore Silver Spring. Brooklyn hip-hop soul band Phony Ppl opened for gangster rapper Pusha T on Nov. 21, allowing Phony Ppl to capitalize on the buzz from their latest album mō’zā-ik (2018) and expand their fan base.

The five-man band’s eclectic appearance may have piqued the audience’s initial curiosity, but their performance of “Something About Your Love” is what grabbed everyone’s attention. The song about staying in a toxic relationship, even when you know better, provided a great intro for the uninitiated. Lead vocalists Elbee Thrie delivered impassioned vocals and guitarist Elijah Rawk ripped the guitar solo.

The band’s look hearkened back to the alternative hip-hop scene of decades past. Bassist and wildman Bari Bass wore a dashiki poncho that brought to mind the Native Tongues hip-hop collective. Elbee’s skater fit could’ve been pulled out of a Pharcyde video. Attire wasn’t the only similarity. The group epitomized the antithesis of gangster rap much like their ’90s predecessors.

Tensions were high at The Fillmore Silver Spring. A man was stabbed the previous night after a fight broke out during Pusha T’s set of the Toronto leg of the tour. Members of the audience attempted to rush the stage in what appeared to be an attempt at physical retaliation over a long-running feud between Pusha T and Toronto rapper Drake. But that said, the additional security precautions for the Nov. 21 show proved unnecessary.

The tall, slender Elbee confidently strode across the stage as he sung the feel-good “Move Her Mind.” The song departed from the hypersexuality of today’s popular R&B. Elbee told the audience that it’s all about quality people. As he states on the song “…if you don’t carry yourself as good as you look, it is all worthless.”

You could feel the audience warming up to the band during their performance of “Why iii Love the Moon” from their 2016 debut album Yesterday’s Tomorrow. The lunar ballad that blended hip-hop, soul and jazz showed that Phony Ppl’s orbit is on a different trajectory from their contemporaries. The song about the illusory nature of love featured funky percussion by band drummer Matthew Byas and a jazzy piano riff by keyboardist Aja Grant.

Phony Ppl closed out their set with the playful “Before You Get a Boyfriend.” Watch the official music video on YouTube and prepare yourself for the plot twist:

Phony Ppl’s genre-blending sound that delved into love, rejection, and internal struggle struck a stark contrast from Pusha T’s material. Many in the audience may have come for the rapper’s hard-edged rhymes that navigated the underworld of drug trafficking, but it’s safe to say the majority also left Phony Ppl fans.

Other highlights from the show included:

Here are some photos of Phony Ppl performing at The Fillmore Silver Spring on Nov. 21, 2018. All photos copyright and courtesy of Will Colbert. 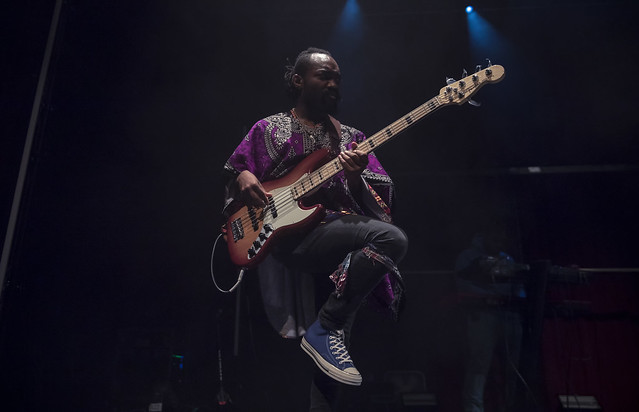 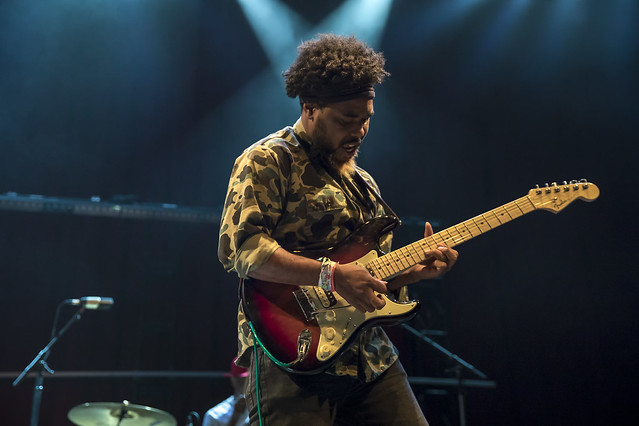 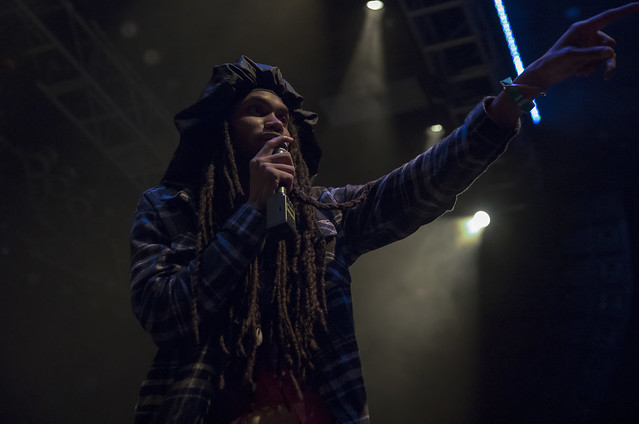 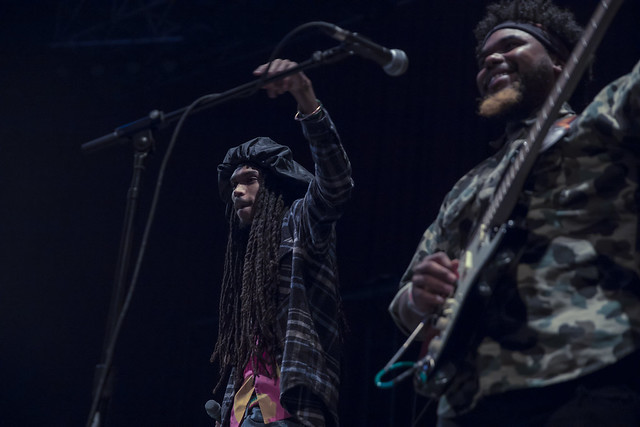 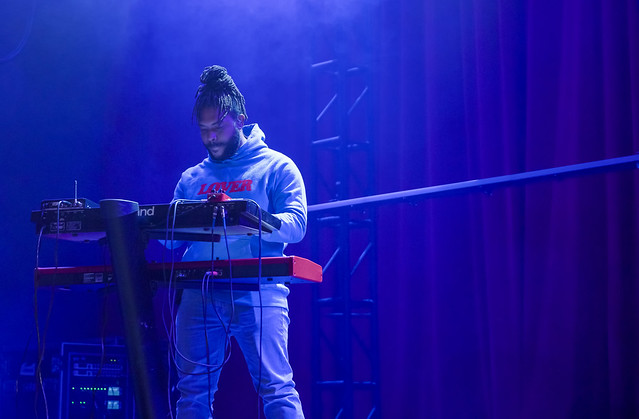 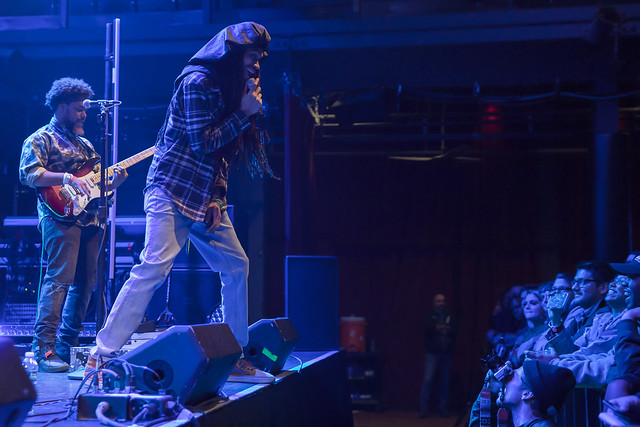 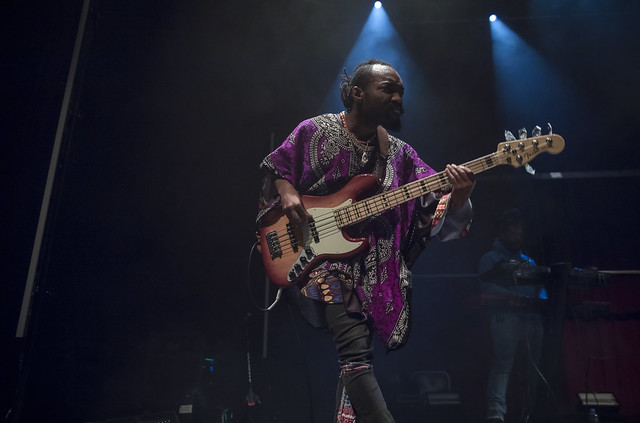 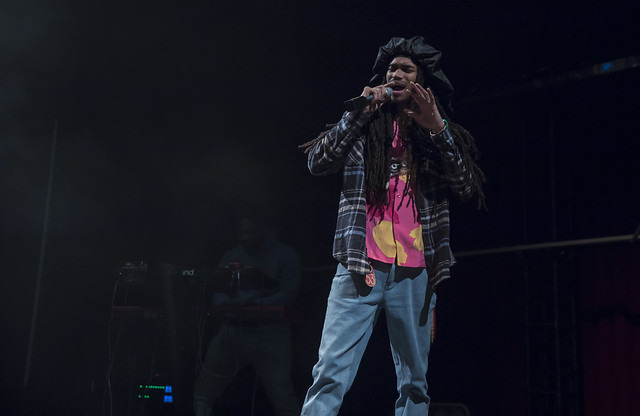 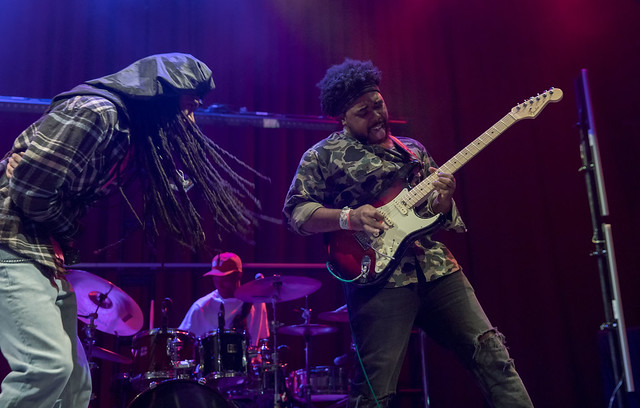 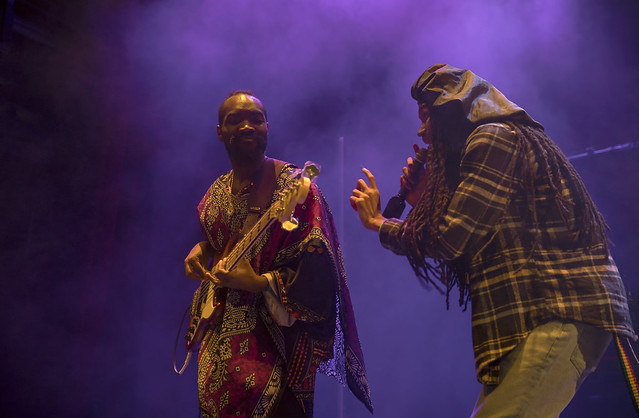 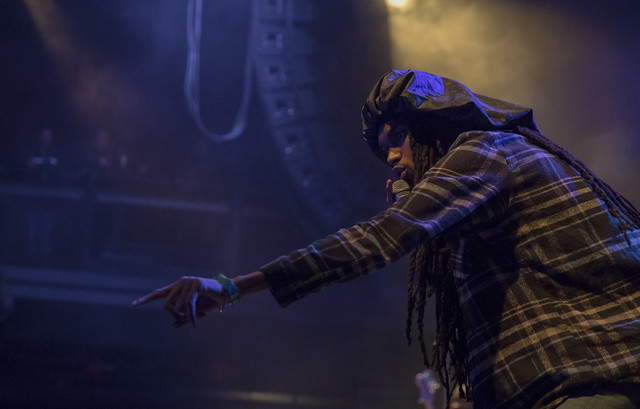 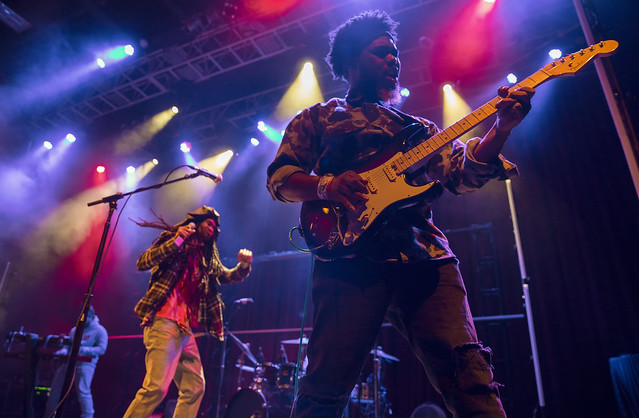 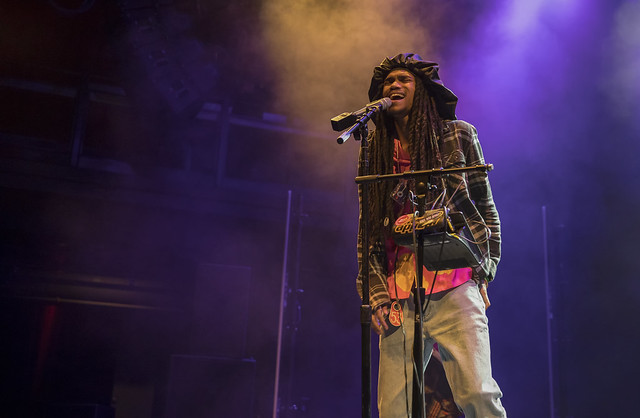 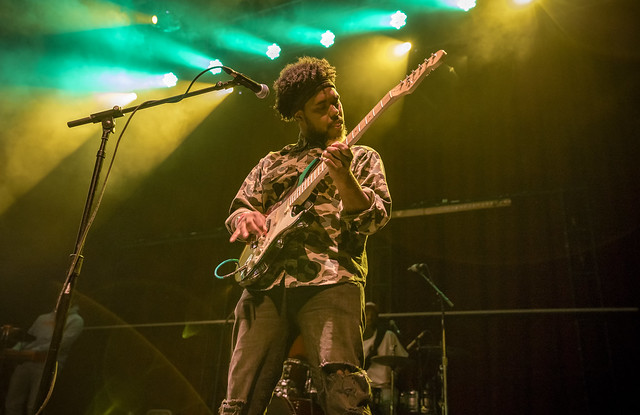 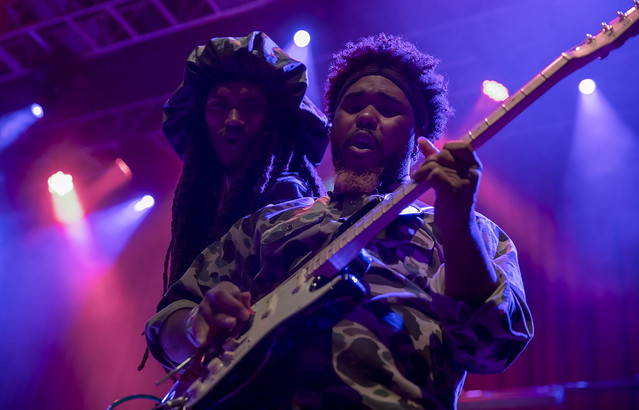