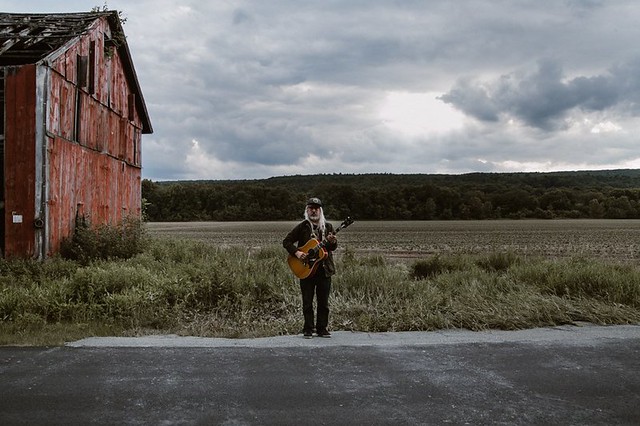 J recorded Elastic Days at his own Bisquiteen studio. On the album, Ken Miauri (who also appeared on Tied to a Star) plays keyboards on the record, which also features guest vocalists Pall Jenkins (Black Heart Procession) and Mark Mulcahy (Miracle Legion, etc.), as well as Zoë Randell of Australian folk duo Luluc, among others. (Luluc is along as opener for the tour!)

Discussing the record with Byron Coley, J said he played more drums on his latest effort. “The biggest difference with this record might have to do with the drums. I’d just got a new drum set I was really excited about. I don’t have too many drum outlets at the moment, so I played a lot more drums than I’d originally planned. I just kept playing. I’d play the acoustic guitar parts then head right to the drums,” he said.

Watch the official music video for “Elastic Days” by J Mascis on YouTube:

As for the tour, J revealed he’ll perform alone but stand more often at City Winery.

“I used to just sit down and build a little fort around myself — amps, music stands, drinks stands, all that stuff. But I just realized it sounds better if the amps are higher up because I’m so used to playing with stacks. So I’ll stand this time.”