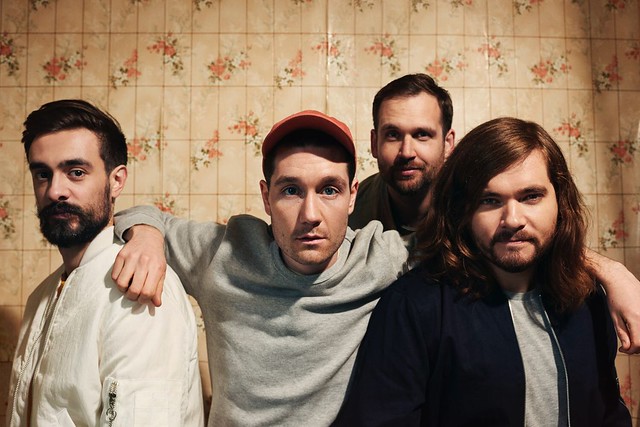 British synthpop band Bastille will soon release its third album, Doom Days, but first it will headline the DC101 Office Party at The Anthem on Tuesday, Dec. 4! Sharing the bill with Bastille are Andrew McMahon in the Wilderness, Meg Myers, and The Glorious Sons.

DC101 released a typically backhanded statement in announcing the concert, saying, “Look, our DC101 office parties are usually off-putting at best. So instead, this year, we decided to invite a bunch of bands… and you!”

Watch the official music video for “Quarter Past Midnight” by Bastille on YouTube:

Andrew McMahon in the Wilderness will arrrive to The Anthem with a new album in hand, having released Upside Down Flowers, Andrew’s third studio album under the moniker, on Nov. 16 via Fantasy. “Rock goddess” Meg Myers (so identified by The New York Times) recently published Take Me to the Disco, her second studio album, via 300 Entertainment. And Canadian rockers The Glorious Sons have two studio albums under their belt. Their most recent, Young Beauties and Fools, won the 2018 Juno Award for Rock Album of the Year.

Sounds like a party to us! Buy your tickets online.