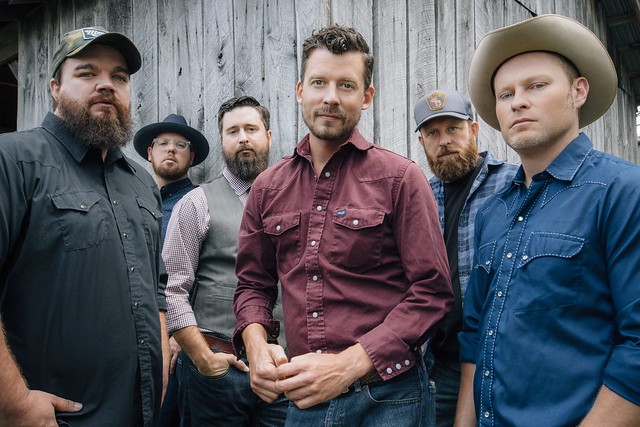 The Turnpike Troubadours released A Long Way from Your Heart, their fourth studio album, on Bossier City Records last year. The country sextet are on tour with a stop at The Fillmore Silver Spring on Saturday, Dec. 15.

The Oklahoma Americana rockets enlisted Ryan Hewitt (Red Hot Chili Peppers, The Avett Brothers, The Lumineers) as producer and engineer for A Long Way from Your Heart, which is chuck full of character sketches and blue-collar narratives.

One such story in the song “Pay No Rent” salutes the aunt of frontman Evan Felker — an independent woman named Lou who lived in and owned a beloved bar called the Rocky Road Tavern in Okemah, Oklahoma.

“She was about the only person I could go drinking with at 10am on a Tuesday,” Evan said. “We got to be really good friends. We’d hang out a lot, fish together, cook together, drink tequila, and build a big-ass fire at her place out on Buckeye Creek. She loved that song ‘Blue Eyes Crying in the Rain.’ She said, ‘If I ever die — I hope I never do, but if I do — you gotta play ‘Blue Eyes Crying in the Rain’ at my funeral.’”

After Lou passed away in 2017, Evan planned to play the song, but then he discovered Lou asked five other people to sing it as well. Instead of rocking the bus, Evan wrote “Pay NO Rent” as a tribute to Lou that morning and played that song for her instead.

Watch the Turnpike Troubadours perform “Pay No Rent” live at Paste Studios in New York on Oct. 26, 2017, via YouTube:

“Musically, the group coalesces around these songs with understated rootsy twang featuring just enough fiddle, accordion and especially Hank Early’s nimble pedal steel to bring out their inherent country. The music’s not raw enough to be considered outlaw but it’s melodic, sharply arranged and driven by passion,” wrote Hal Horowitz in a review.

“That balance makes the Turnpike Troubadours both one of Americana’s preeminent purveyors and this album arguably their most accomplished set to date.”