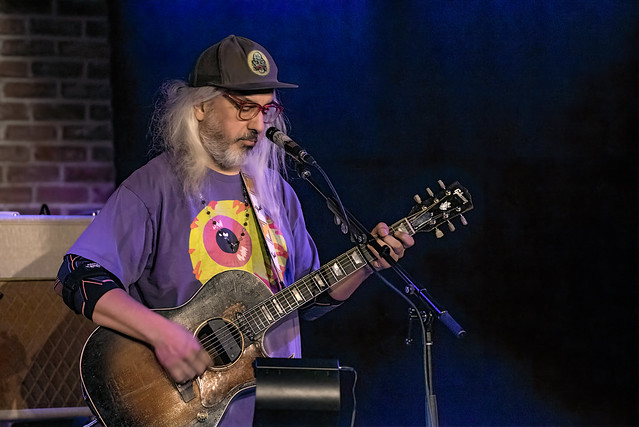 J Mascis blurred the line between acoustic and electronic performance in a recent performance at City Winery. J played an acoustic guitar, but he used extensive effects, such as distortion and looping for an exciting evening of guitar rock.

J impressed on a technical level, as well as on artistic level. He played at a breakneck pace, 14 songs in an hour, only pausing slightly between songs to tune. Creating his sound required a great deal of planning; this was not the sort of acoustic set that the artist went out and played on the fly. To plan out this set requires an organized mind with a deep technical of guitar effects. He actually sounded more electric than acoustic for much of his set.

On Dec. 5, J opened with “Thumb,” from Dinosaur Jr.’s 1991 album, Green Mind. He followed with two songs from solo albums. For “Listen to Me,” from 2011’s Several Shades of Why, he brought out Zoë Randell from his opening act, the Australian indie-folk duo Luluc, as she had also sung on the record. “I Went Dust” came from the newly released Elastic Days.

The crowd started applauding immediately with the opening notes of “Little Fury Things,” from, arguably, Dinosaur Jr.’s finest album, 1987’s You’re Living All Over Me. Next, he played the title cut from Elastic Days, followed by “Blowing It,” from Green Mind. Before changing guitars, J’s last song was “Everything She Said,” off Elastic Days.

After changing guitars, J played “Get Me” from Dinosaur Jr.’s 1993 album, Where You Been. A long guitar intro led into “Heal the Star,” from J’s 2014 solo album, Tied to a Star. Changing guitars again, J told the audience his favorite cut from Elastic Days was the lead track, “See You at the Movies.”

The seasoned guitarist followed “See You at the Movies” with “The Wagon” from Green Mind. “Not You Again,” from J’s first solo album, 1996’s Martin + Me, ended on beautiful blues chords. He closed his set with “Where Are You,” from Several Shades of Why.

At the end of his main set, J left the stage without the usual fanfare at the end of a set, leading to a delayed reaction from the audience. After a significant pause, they started applauding thunderously, and J returned. He asked, “What do you want to hear?” and the audience shouted several replies. J joked, “I don’t think I know any of those songs.” I’m not sure if what he played first was a long intro or a separate song, but he definitely finished up with an amazing cover of The Cure’s “Just Like Heaven.”

J Mascis did not mess around. The man came with a plan, executed without deviation or distraction. J brought the noise, but even more, he expanded the possibilities of the acoustic guitar. I had never imagined that someone could do what J did on Wednesday, and my ideas about the acoustic guitar will never be the same again.

Here are some photos of J Mascis performing at City Winery on Dec. 5, 2018. All photos copyright and courtesy of David LaMason. 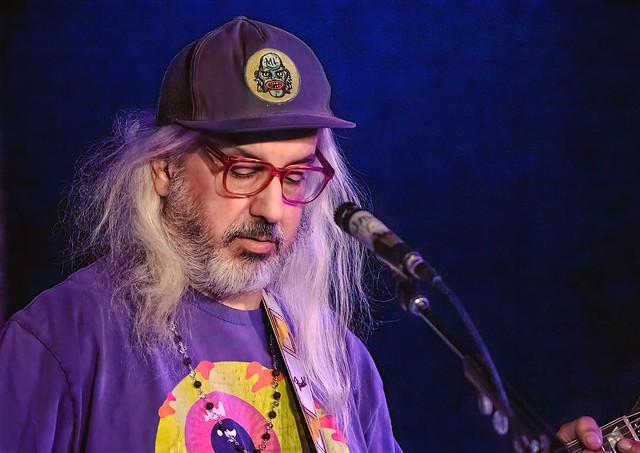 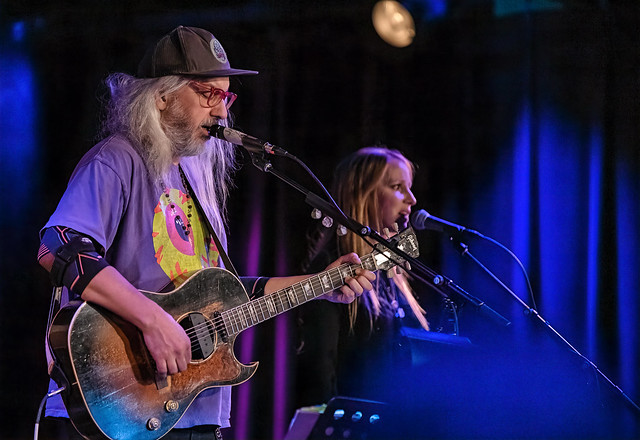 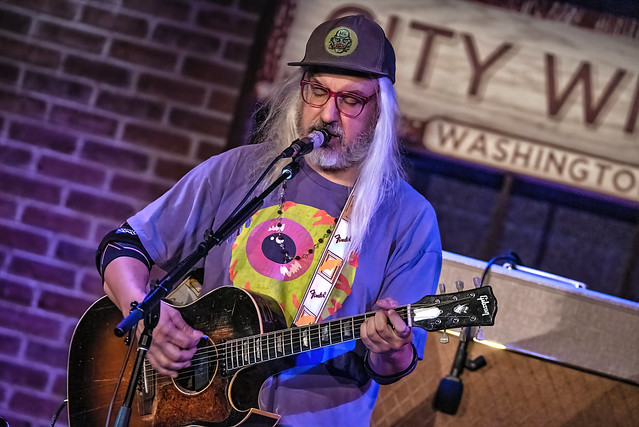 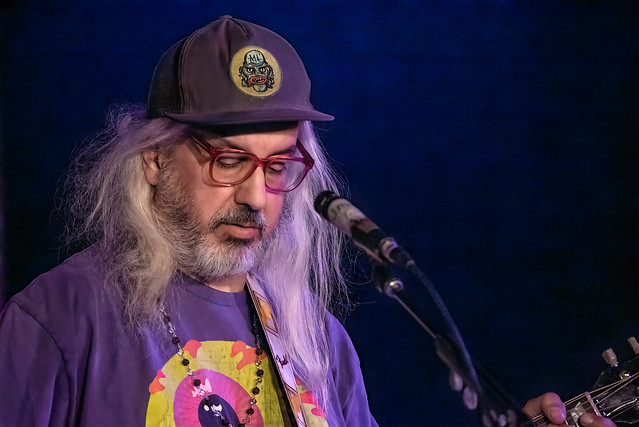 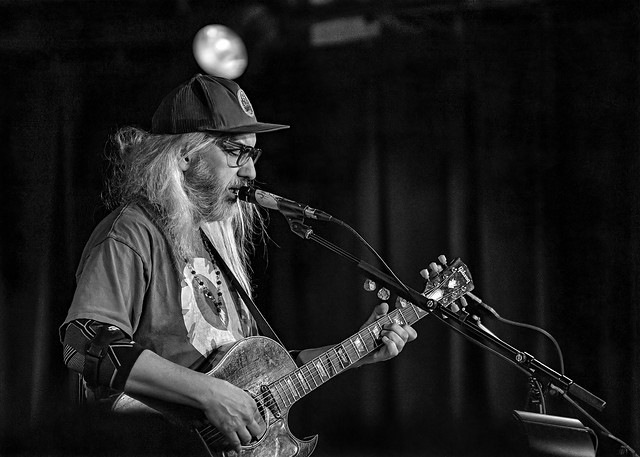 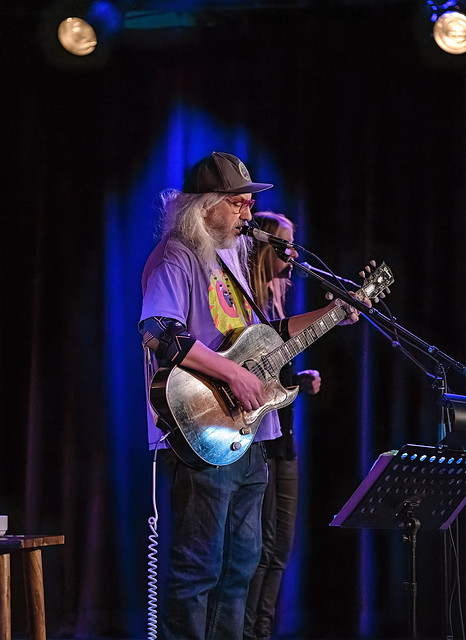 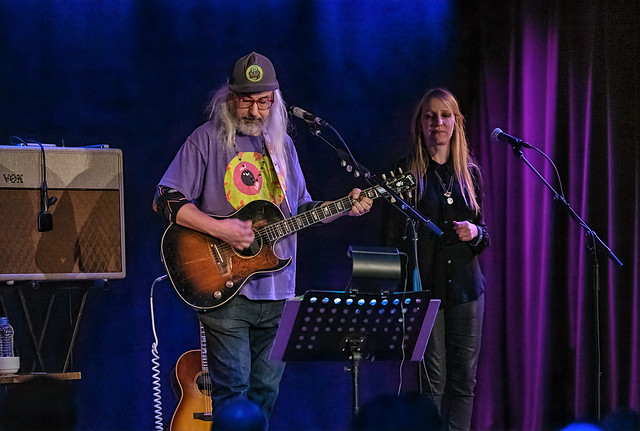 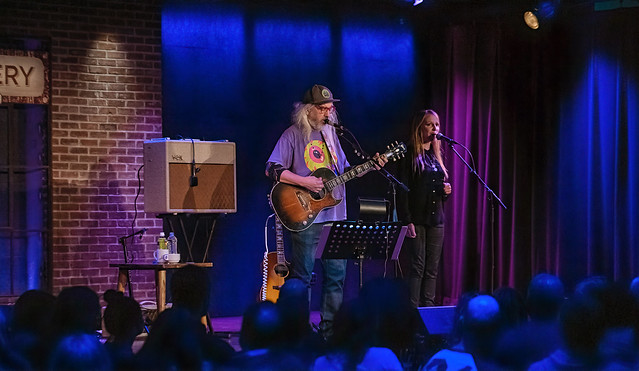 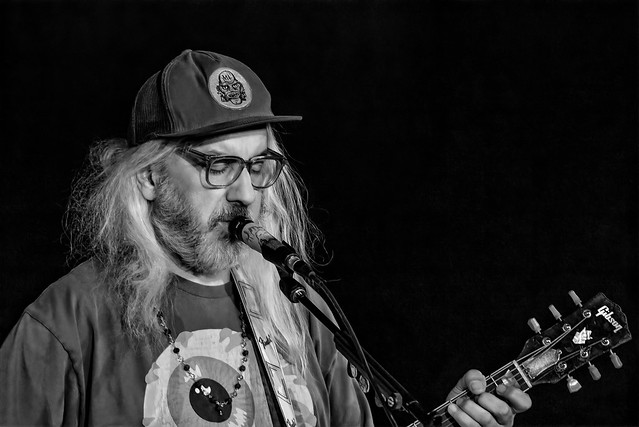 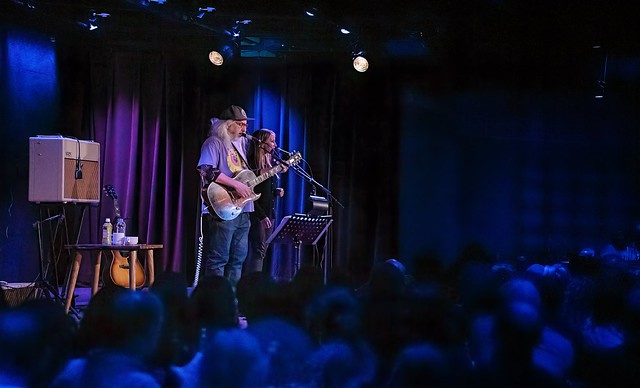 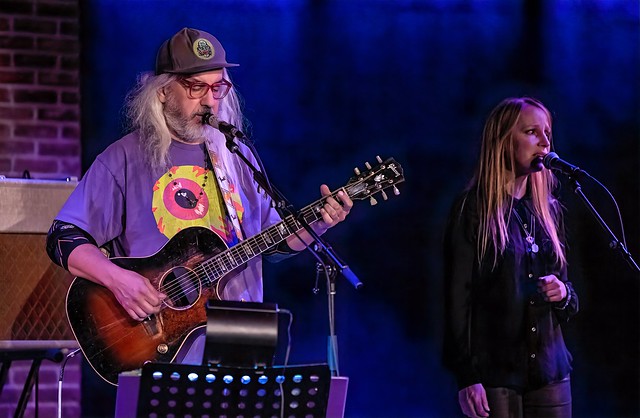 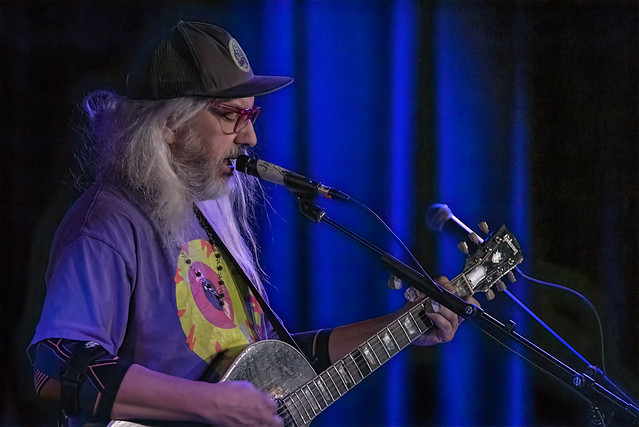