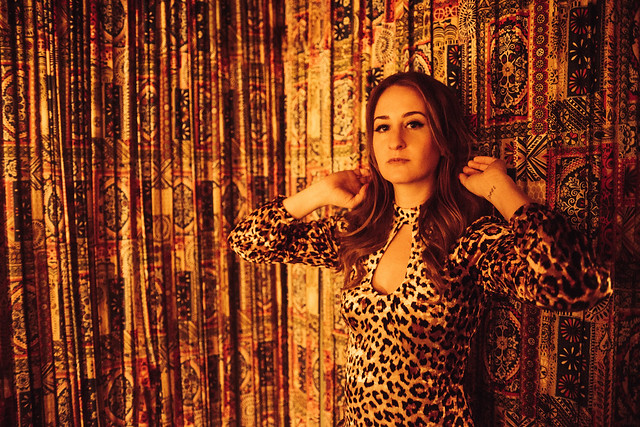 Margo Price recently received a nomination for Best New Artist at the 2019 Grammy Awards, and she’s on her way to 9:30 Club for a show on Thursday, Dec. 27.

In October, Margo released All American Made, her second studio album, via Third Man Records. She took the title track and made a music video featuring everyday men and women going about their daily business of “struggles and success” in “a snapshot of America that finds common ground in our shared stories.”

Watch the official music video for “All American Made” by Margo Price on YouTube:

Kimberly Stuckwisch and Carlos Lopez Estrada, co-founders of the production company Little Ugly, shot the video in eight cities across five states in nine days, highlighting individuals from all across these communities.

In a press release, Kimberly elaborated, “We built a house on a flat bed truck where we see Margo cruising down highways throughout the United States. At one point, a wall breaks off and it opens her up to the world. The idea behind that was to show that we are all protected in our own little worlds, in our own houses. We have our idea of what the world is, what other people are. In the end of the video, we see Margo staring at the driver of the truck, and are left with the question… Who is the driver? Who drives your fears, your hopes, your comfortability, your cultural perspective? Who is it that drives your life and what steps do you take to open up to the world and connect with other humans?”

“On her second album, one of Nashville’s biggest new stars ups the ante with a stark survey of a country in crisis,” said Sam Sodomsky of the new album in Pitchfork.