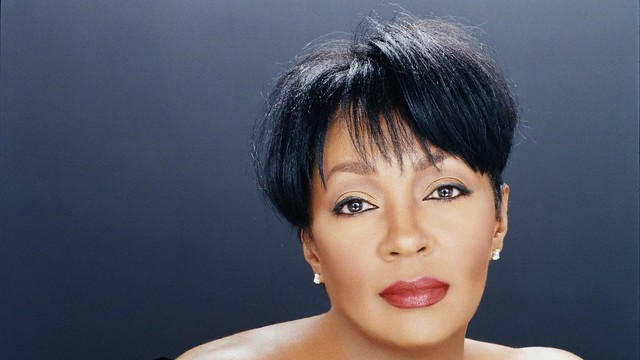 Anita Baker is one of few leading R&B acts to garner critical and musical acclaim with a husky ember tone and jazzy tempo, a pleasant contrast with many of her contemporaries. These traits afforded her a 30-year career, which is now its on farewell tour — a tour that visited MGM National Harbor recently.

Away with the signature little black dress, Anita shimmied onto the stage in a silver sequined frock on Dec. 29. The festive frock paired well with her first performance, a rendition of “Lady Marmalade.” The party then shifted its mood to the dark and moody, when the Detroit native performed “Mystery,” her weighty voice hugging each note tightly.

Soon after, Anita’s show became all of MGM’s show, as the pianist’s entrance of 1986’s “Sweet Love” sent the audience into pandemonium as if they were paid background singers. Anita smiled and bowed with humility to allow the audience to sing twice before she decided to perform the song in its entirety. Anita zoned-out and provided her first batch of Ella Fitzgerald-approved scats within the performance of “Been So Long.”

Anita spoke to the audience as if members were cozy relatives who visited for wine. She of course nodded her love for black dresses but most importantly, the ability to sing in front of fans at 60. Much as with “Sweet Love,” the pianist and saxophonist entrance into “Caught Up in the Rapture” (1986) compelled the audience to once again break into the chorus and ad lib, proof that after 30 years their support is still strong.

The background trio gave “Rapture” a new and funky extended bridge, which allowed Anita to play with her trademark jazz riffs and runs. The Grammy winner’s voice shone brightest during the uptempo belting on “No One in the World” (1986) and a cover of Chaka Khan’s “Ain’t Nobody,” which allowed for fans to see Anita step into the realm of sass and brass, a warm shift from the relaxed cadence of her notable discography.

For new and old fans alike, Anita stepped out of her third album to perform “Lead Me into Love” (1988), which in turn transitioned to “Same Ole Love” (1986). Together, the joyful messages of the two songs allowed Anita to talk to the audience about the importance of happiness and confidence in relationships. Anita was excited throughout the evening to celebrate her tour, the holiday season, her upcoming birthday, and time with fans in the capital, which was apparent in the performance of “Giving You the Best That I Got” (1988) and “I Apologize” (1994).

The tail end of the show was full of surprises. The MGM National Harbor sound system maximized the sound of the band, and the ban on photography was lifted to allow recording (Anita really values intimacy). And Anita honored a fan request with the performance of “Fairytales” (1990). Star-studded vocals and homage came from gospel singer Israel Houghton, and singer/talk show host Adrienne Bailon, in addition to political pundit Roland Martin who loaned words of praise and encouragement.

New and old fans alike can see Anita wrap her tour with a special Valentine’s Day special at Radio City Music Hall in New York City. Until then, fans can refresh their Anita gems with a listen of her sophomore album Rapture, a Quiet Storm classic.