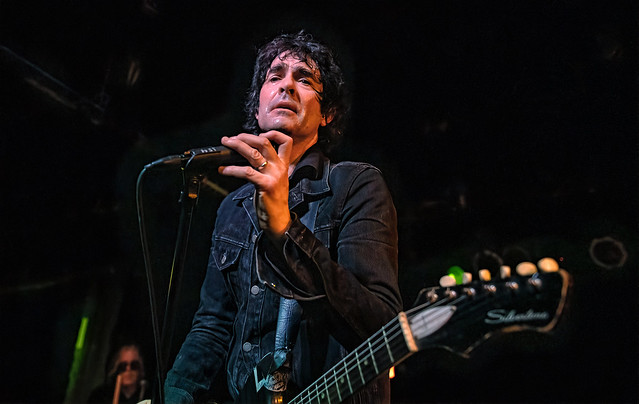 Although Jon Spencer has been involved in a host of bands since the early ’80s, 2018 saw his first LP released under his own name.  The album, Spencer Sings the Hits!, is packed with what makes Jon Spencer amazing — the garage punk, B-movie aesthetic, and rockabilly swagger he has perfected over 30 years of making music with bands like the DC-born Pussy Galore, Boss Hog, and the Jon Spencer Blues Explosion.

Jon brought all of that and more to the Black Cat on Saturday.

Some of my favorite Jon Spencer tracks are found on the new album. Just listen to the new fan favorite, “I Got the Hits” and “Fake,” a classic burner with lines like “Your ideas are wrong/You’re luke-warm/Washed-up and bland/Honey, I’m here to warn ya/Your shit is so fake!” Jon is at the top of this rock and roll game. For the new album, Jon recently embarked on a national tour, with a second stop at the Black Cat on Jan. 12. And as the temperature dropped around the District, things definitely got cooking in the club.

Jon Spencer took the stage to a very enthusiastic crowd with his touring band, The Hitmakers — M. Sord on drums, Sam Coomes (Quasi/Heatmiser) on keyboards and vocals, and Pussy Galore drummer Bob Bert on drums/trash can/auto parts/metal coil. Opening with the lead off track from Sings the Hits, “Trash Can,” the band quickly caught a groove and held that groove through the night.

As Jon captured the stage with that famous Jon Spencer flare, sometimes howling off the edge of the stage, the veteran players of The Hitmakers kept it going. And as both Michael and Bob kept the beat rattling, Sam played not only with his hands but his knees and palms! And during the break in “Love Handle,” Jon reached into the crowd with his mic to plead, “So I’m gonna ask one more time… How do you know? How do you know? How do you know it’s gonna be alright? How do know it’s gonna be okay?” The band held the refrain: “Love Handle.”

Watch the official music video for “Beetle Boots,” another song from the new album by Jon Spencer, on YouTube:

Of course, the band played most of the tunes off the new record, but Jon and the boys played a heavy dose of both Puss Galore (“Just Wanna Die,” “Pretty Fuck Look,” “New Breed”) and Blues Explosion (“Dang,” “Shirt Jac”) tunes. It was a set that made time seem to stand still for that briefest of time while the snow and ice swirled just outside.

Jon Spencer and company continue their tour through the United States and then go off to Europe in the Spring. Find a list of upcoming tour dates here.

The encore included several songs, including a cover of “Roadrunner” by The Modern Lovers, Heavy Trash tune “The Loveless,” “No Count” (Pussy Galore), and “Hornet” and “Cape” from the new LP.

Here are some photos of Jon Spencer and The Hitmakers performing at the Black Cat on Jan. 12, 2019. All photos copyright and courtesy of David LaMason. 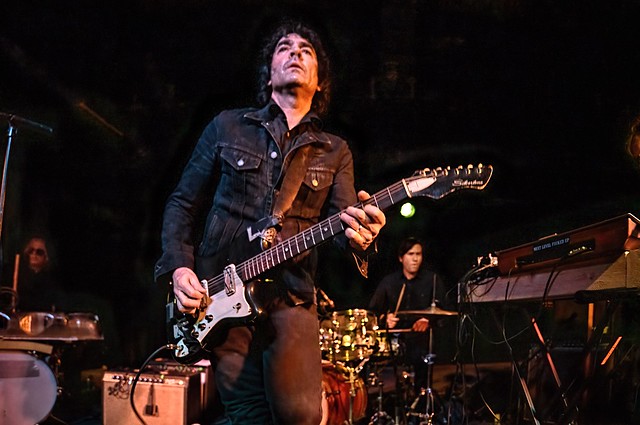 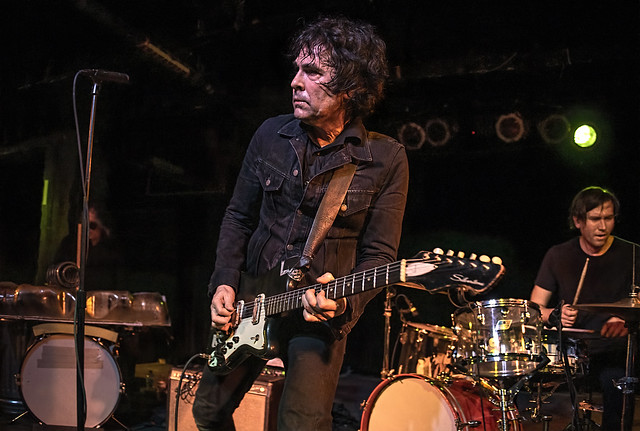 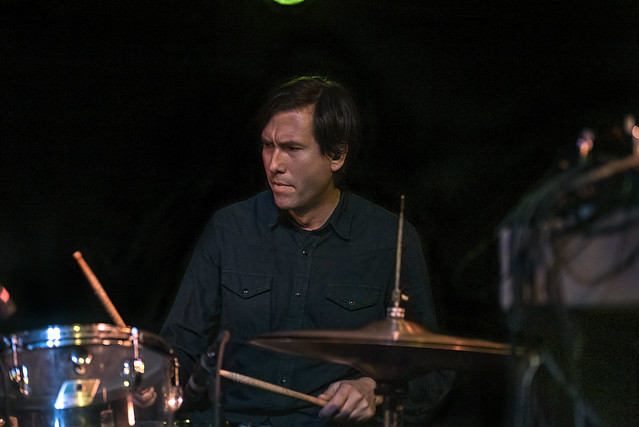 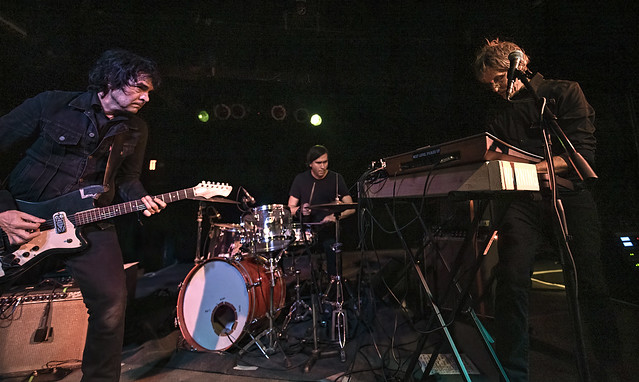 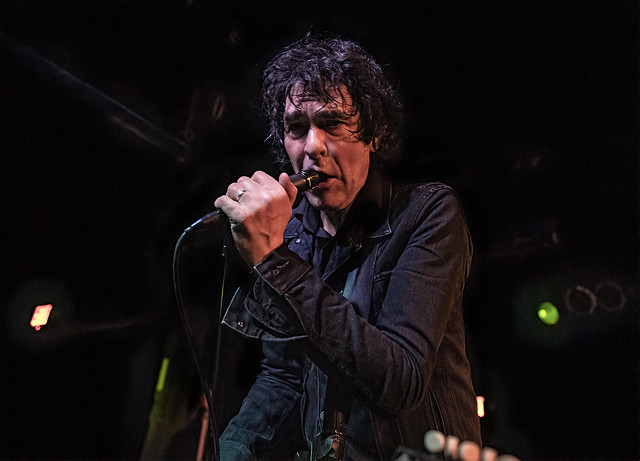 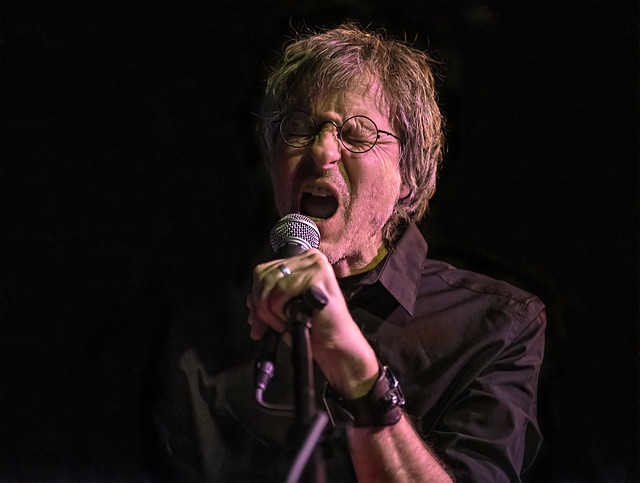 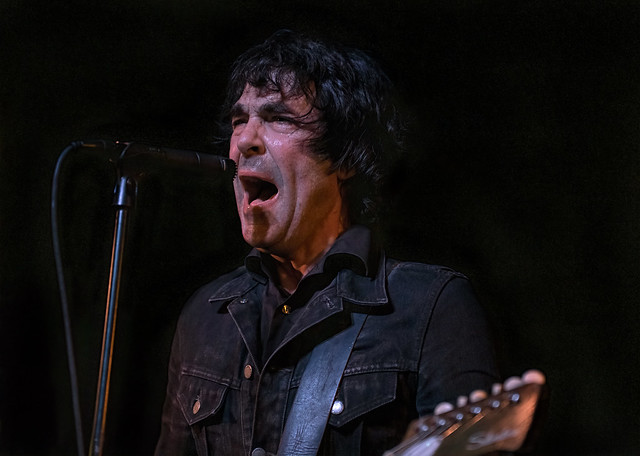 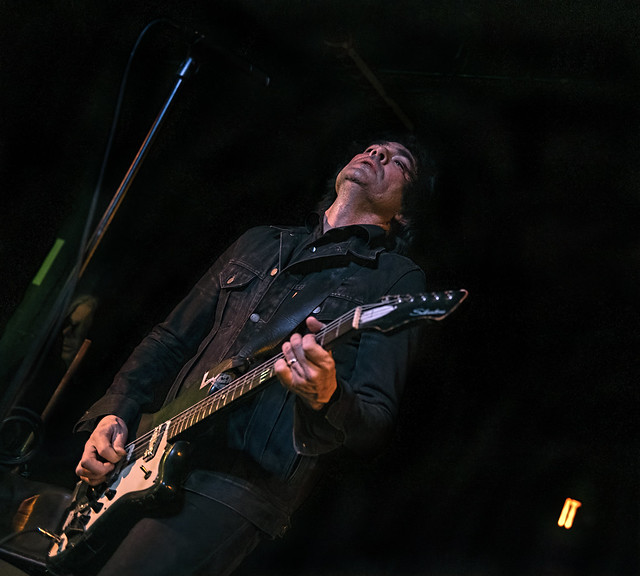 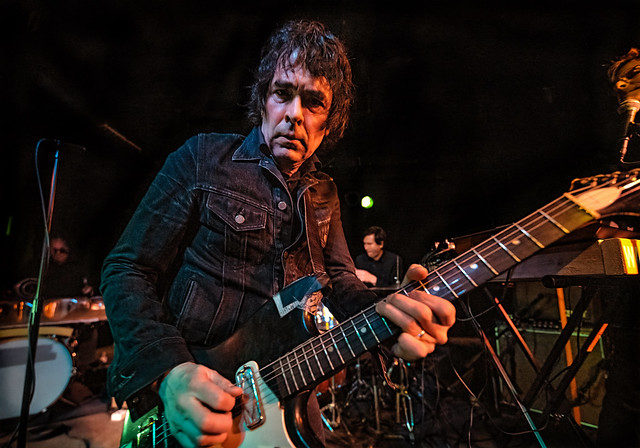 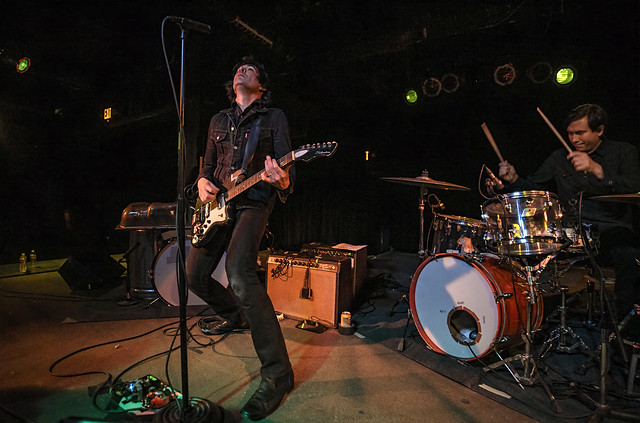 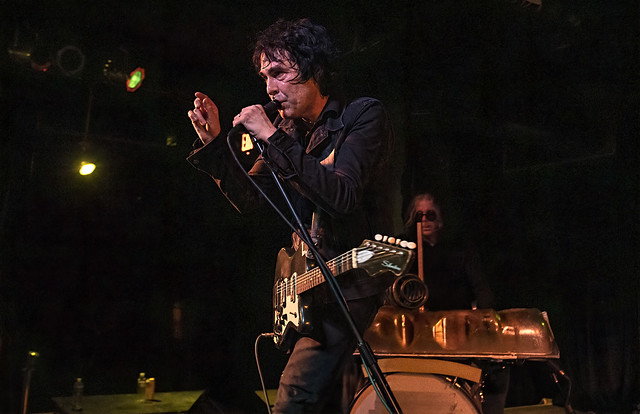 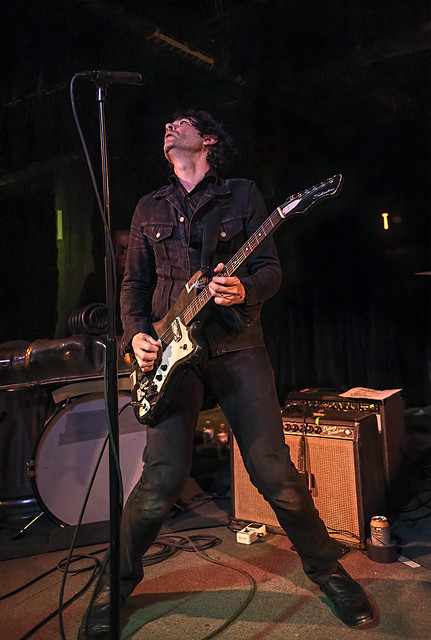 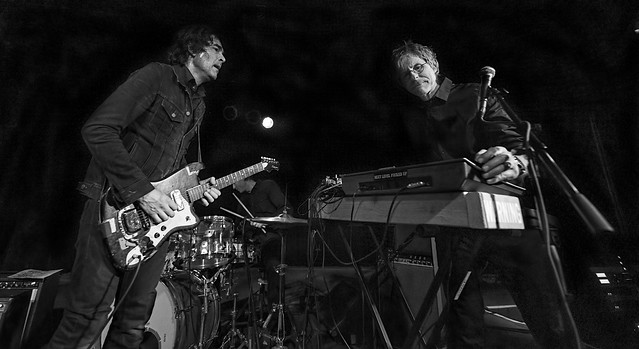 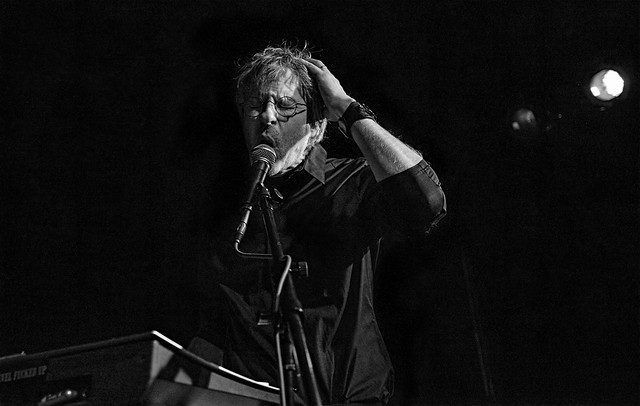 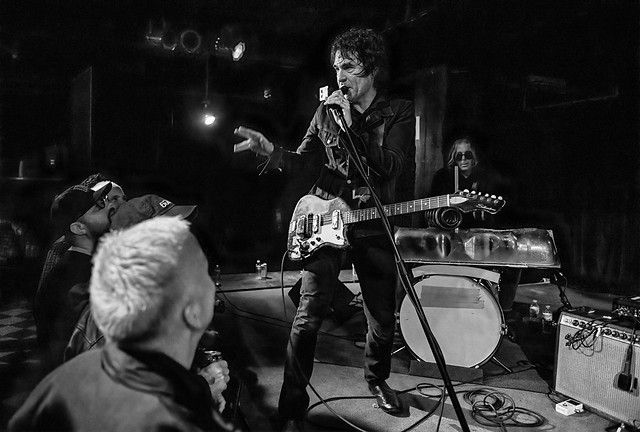 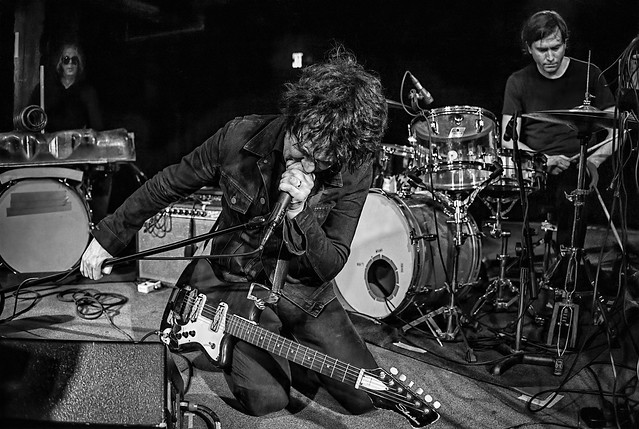