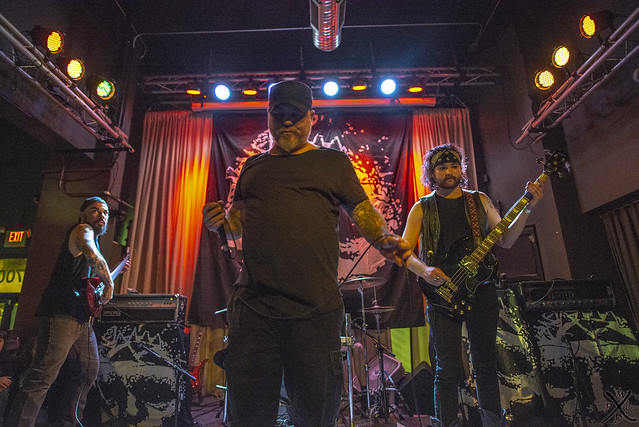 Integrity performs at Metro Gallery in Baltimore on Jan. 11, 2019. (Photos by Rashad Polk)

Hardcore legends Integrity, originally based in Cleveland, established a loyal following by releasing influential metalcore albums and consistently putting on memorable shows since the 1980s. Over the weekend, Integrity stopped by Metro Gallery for two sold-out headlining shows. The turnout on night one of the all-ages shows proved that Integrity continues to draw new fans. 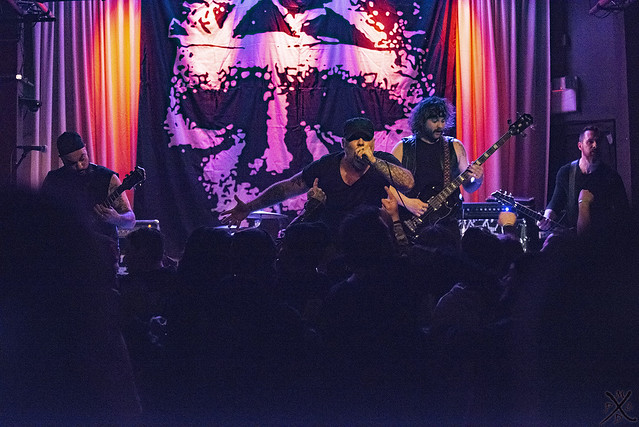 From the opening notes through the entire 20 song set on Jan. 11, vocalist Dwid Hellion led the charge as fans moshed, danced, and jumped on stage to sing along. With the two-night stand being East Coast exclusives, the atmosphere was mostly partylike, almost celebratory. The band tore through a setlist that ranged from older tunes such as “Armenian Persecution” and “No One” all the way up to “Die with Your Boots On” off the latest album — Howling, For the Nightmare Shall Consume — released through Relapse Records.

Stream Howling, for the Nightmare Shall Consume by Integrity on Spotify: 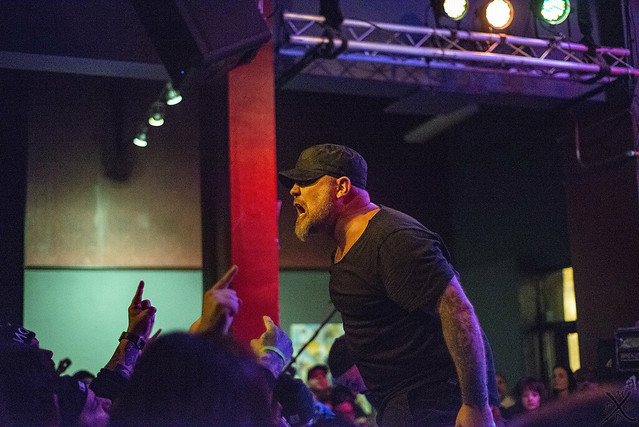 Just as impressive as the duration of the hour-plus set time was the stamina displayed by a band who puts out so much effort. Not only did the band maintain its breakneck pace throughout the evening, but Dwid’s vocal growl sustained throughout the duration as well. Integrity’s rhythm section, rounded out by Sean Garwood on drums and Francis Kano on bass, laid down solid mid-tempo grooves highlighted by rhythm guitarist Justin Ethem’s chunky guitar chugs. Guitarist Domenic Romeo’s leads appeared to effortlessly flirt with virtuosity as he was clearly having the time of his life dropping in the occasional background vocal. 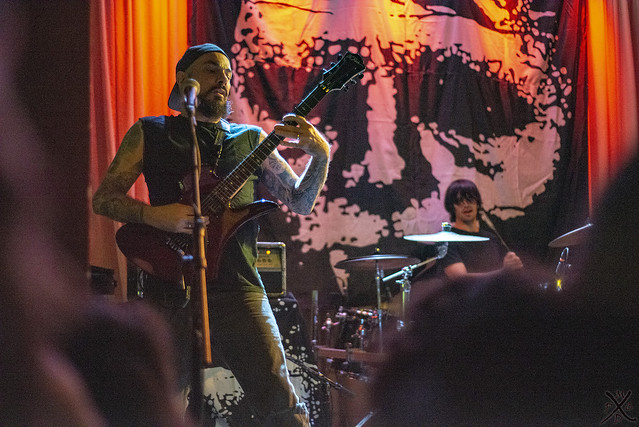 The hardcore-tinged bill for the evening happened to include In Cold Blood as one of the opening acts, led by former Integrity guitarist Blaze Tishko. As a final surprise to close out the Integrity set, Blaze took the stage on guitar to rejoin the band on “Taste My Sin” and “Dawn of a New Apocalypse.” 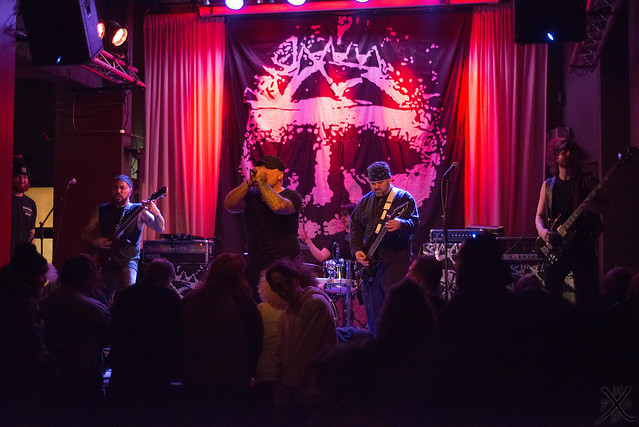 Integrity already has several dates booked through spring of 2019 and can be seen here:
April 18: Brick By Brick, San Diego
April 19: Catch One, Los Angeles
May 25: PitFest, Erica, The Netherlands

Here are some pictures of Integrity performing at the Metro Gallery in Baltimore on Jan. 11, 2019. All photos copyright and courtesy of Rashad Polk. 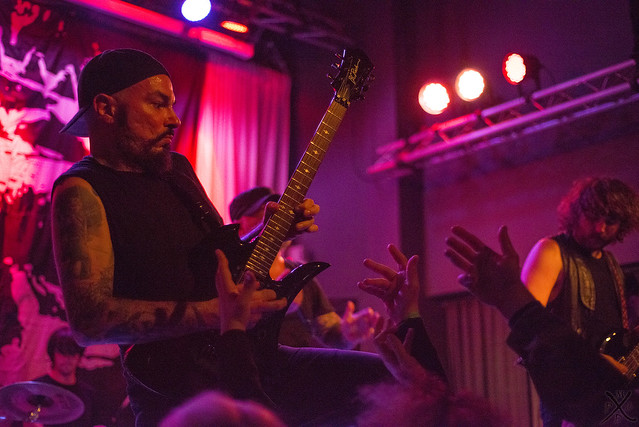 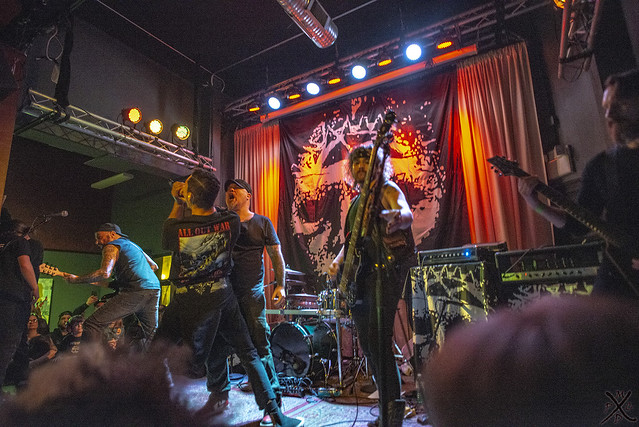 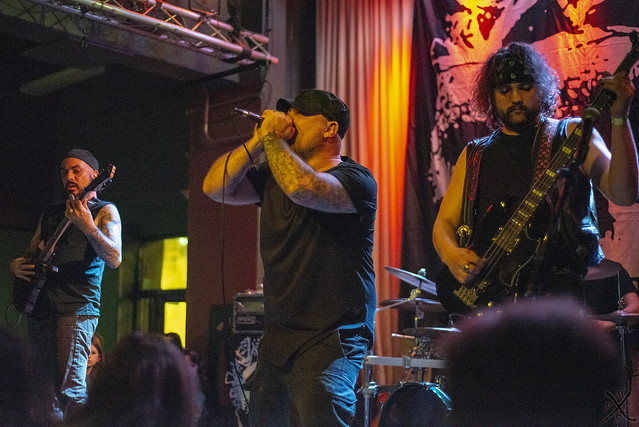 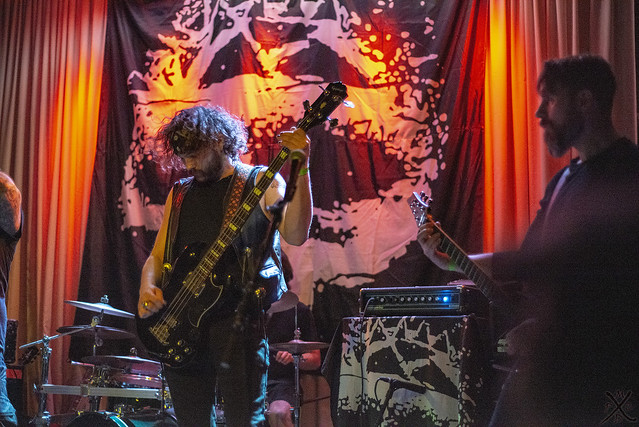 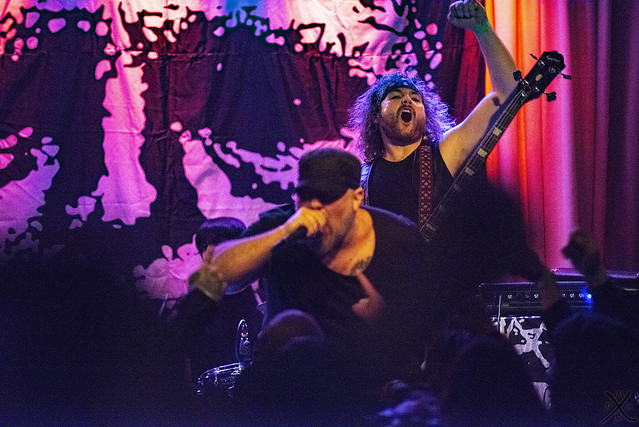 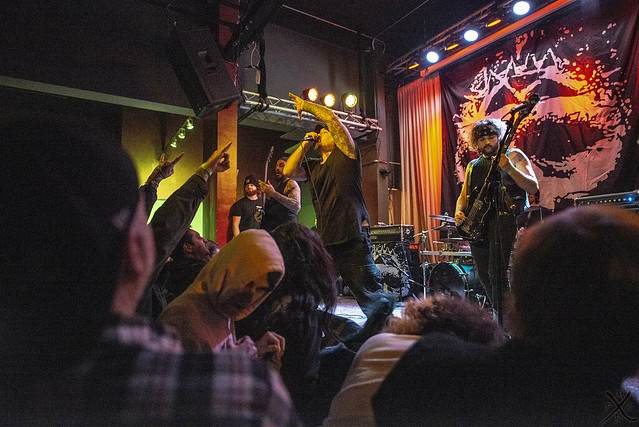 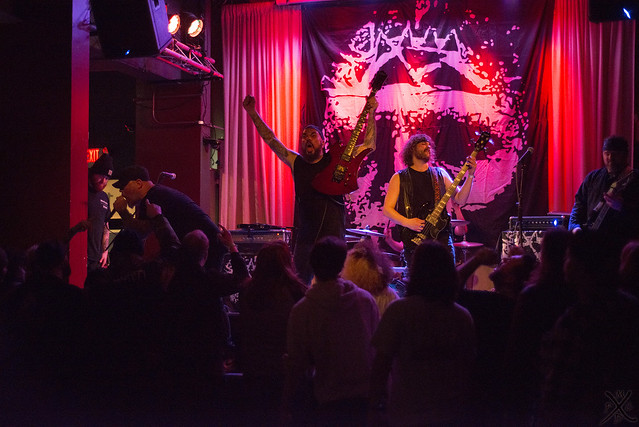 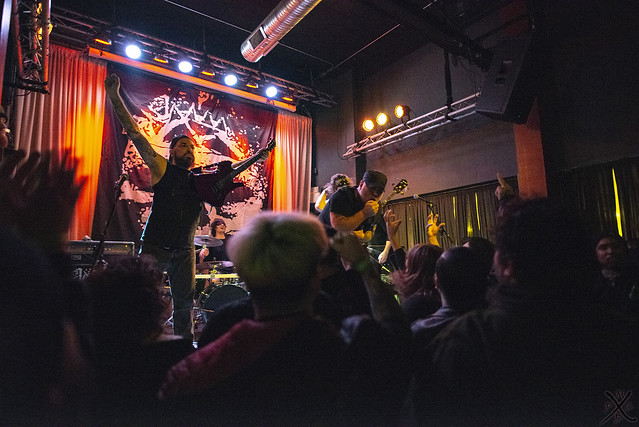