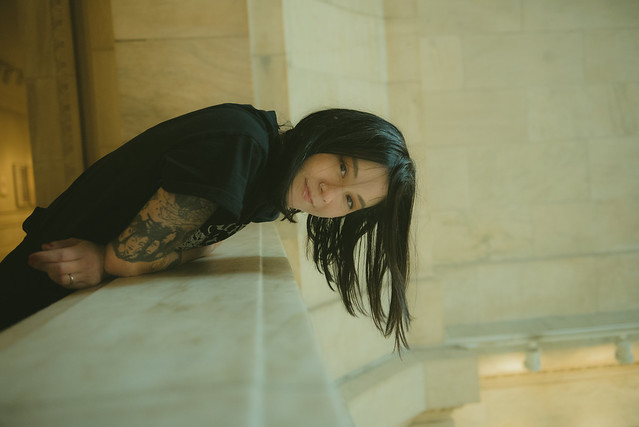 Michelle Zauner, better known as Japanese Breakfast, has been touring constantly since the release of her last album, 2017’s Soft Sounds from Another Planet — and she’s not done yet! Catch Japanese Breakfast at Baltimore Soundstage on Saturday, Jan. 19!

“The title Soft Sounds from Another Planet alludes to the promise of something that may or may not be there. Like a hope in something more. The songs are about human resilience and the strength it takes to claw out of the darkest of spaces,” Michelle said.

Michelle wrote Psychopomp, her debut 2016 album as Japanese Breakfast, after her mother passed away. The sophomore album goes in search of healing. With the track “Machinist,” for example, she relates a story of a woman falling in love with a machine. “It’s pure fiction,” Michelle said, “But it can map onto real relationships in a relevant way.”

Watch the official music video for “Machinist” by Japanese Breakfast on YouTube:

“Overall, Zauner sounds like she’s in a better place than on Psychopomp, despite the occasional shadowy fear lurking beneath its shiny surface. And while everything on Japanese Breakfast’s proper sophomore effort isn’t entirely fresh, and its structure is somewhat loose, there’s a confidence and crispness to Soft Sounds that shows just how fully realized Zauner’s formerly homemade experiments have become,” said the AV Club in a review of Soft Sounds from Another Planet.