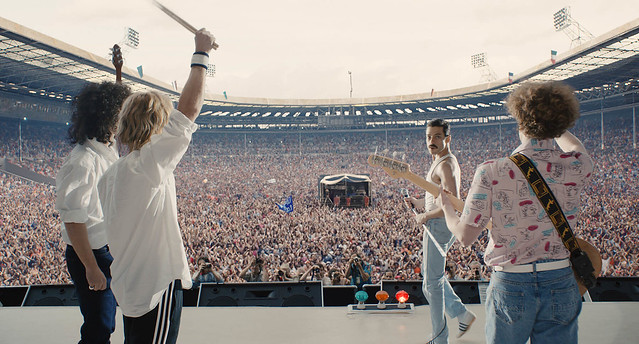 Bohemian Rhapsody, the movie, is drawing a lot of awards attention. And audiences are abuzz with its end sequence duplicating Queen’s electric performance at Live Aid. Revisit the excitement with a screening of Live Aid at DC9 on Tuesday, Feb. 5.

We inaugurate Parklife DC Screens, a concert and documentary film series, with DC9 with a screening of that very buzzy Live Aid performance.

Our proposed viewing tracklist for our Live Aid screening includes Queen and a few extras:

RSVP on Facebook, or simply join us — free admission.