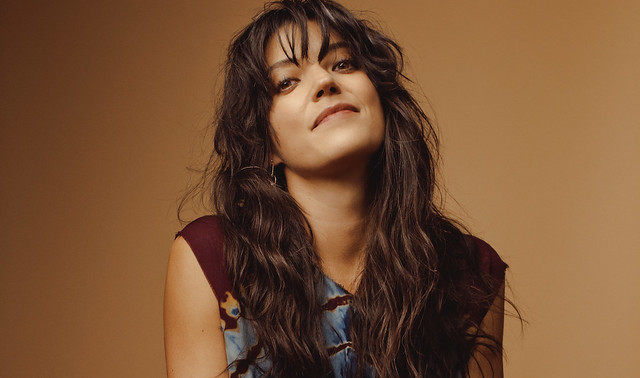 Fresh from releasing her latest album, Sharon Van Etten appears on at 9:30 Club on Wednesday, Feb. 6.

On Jan. 18, Sharon published Remind Me Tomorrow, her fifth studio album, on Jagjaguwar. “Seventeen,” the third single from the new record, was originally conceived as a dirge inspired by Lucinda Williams, but it became more of an upbeat nod to Bruce Springsteen. Sharon shows the chain reaction of moving to a city bright-eyed and hearing the elders complain about the city changing and then being around long enough to know what they were talking about. She wrote the song semi-intergenerationally with Kate Davis, who sang on a demo version when the song was in its infancy.

“Sharon wanted to use this video to create a love letter to New York, her home for the last 15 years,” said Maureen Towey, the video’s director. “She showed us around all her old haunts — the places that made her the musician that she is today. Some of these spots are still around, some are just empty lots now. We took an eye toward the city that was both tender and tough, trying to find the ways that a beautiful city can fall apart while still nurturing the hopes of a young artist.”

Watch the official music video for “Seventeen” by Sharon Van Etten on YouTube:

In a review of Remind Me Tomorrow for Variety, Jem Aswad said becoming a mom, starring in a TV show, going to college, and writing an album all at the same time made a profound change on Sharon.

“And while it sounds different from anything Van Etten has ever done, it also never sounds like anyone but her: Her big, sweeping choruses and singer-songwritery melodies adapt surprisingly well to their new context, with heavy, synthetic basslines and sparkling electronic embellishments accenting her echo-laden, multi-tracked vocals. The songs, not surprisingly, reflect the massive changes the past few years have brought her,” Jem wrote.