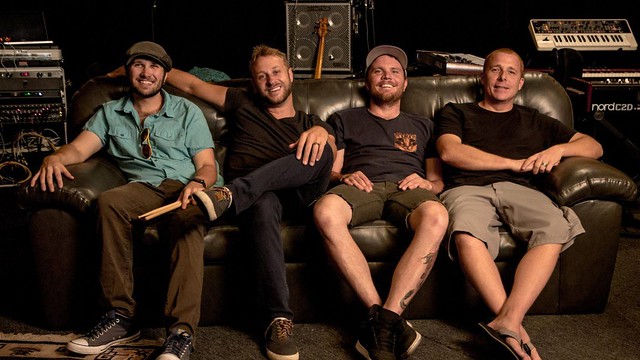 Spafford dropped a studio album, For Amusement Only, last year — a rare move for the storied jam band, which focuses on its live output. Spafford is playing live at 9:30 Club on Saturday, Feb. 9, giving DC an opportunity to see what all of the buzz is about.

Spafford’s latest studio album fittingly resulted from a long tour undertaken by the gents called the For Amusement Only Tour. The record became Spafford’s second official studio release — and their first since their self-titled album in 2012. Meanwhile, Spafford have released five live albums.

For Amusement Only drew high praise from The Campfire, the publication of the Summercamp Music Festival in Illinois, where Spafford will appear May 24-26.

“Altogether, you’ve got an hour and thirteen minutes of masterfully recorded, fist-pumping, booty-shaking grooves spread across 12 songs. While they’re definitely more of a live band, Spafford churned out a really solid studio showing with this one. Perhaps that’s why their unofficial catchphrase is ‘I’m killing it.’ Whether it’s on stage or in the studio, killing it is precisely what the boys from Spafford do on a daily basis,” The Campfire said.